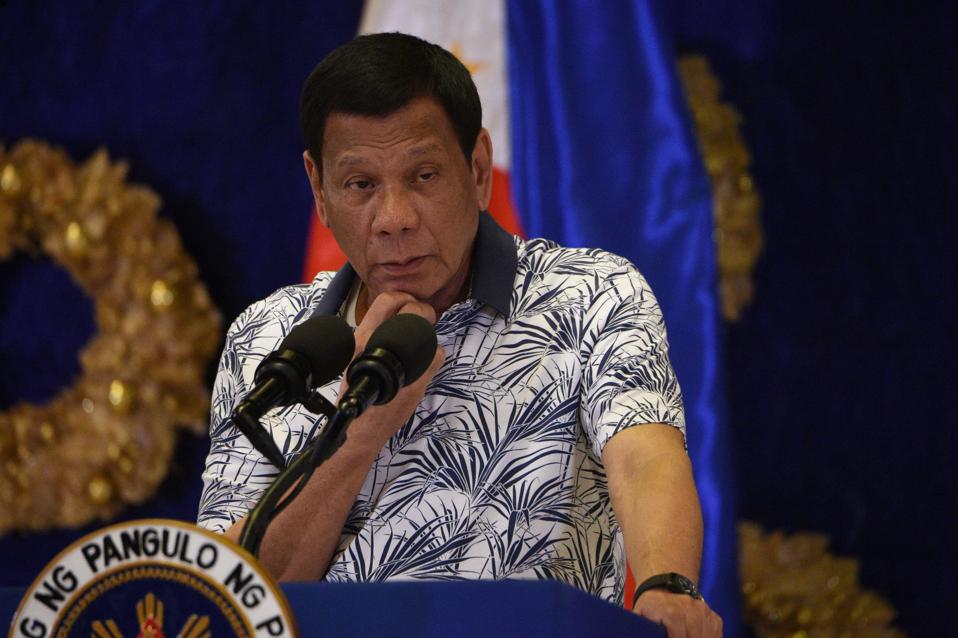 The correlation between sports and economics is a tenuous one at best. But in the Philippines, the two worlds are colliding in ways that augur poorly for the nation’s performance.

The Southeast Asian Games the Philippines is hosting begins Saturday. Before the starting gun even goes off, Manila faces a torrent of criticism on everything from unfinished venues to poor treatment of visiting athletes to spending irregularities.

It’s the last thing any host country wants, particularly one with aspirations to increase its international clout. And President Rodrigo Duterte is not having it. He ordered up an investigation on top of one already afoot among Senate lawmakers. The goal is root out graft, which presidential spokespeople claim Duterte “hates the most.”

But there has been a worrisome interruption in the powerful anti-graft momentum that built up during predecessor Benigno Aquino’s six years in the presidential palace. Aquino worked steadily to impose good-governance practices, increase transparency and go after tax cheats. Moves to put more public services online cut myriad rent-seeking middleman out of the process.

Unfortunately, Duterte pivoted to a war against the drug trade, and away from Aquino’s reform drive. Instead of accelerating and deepening upgrades, Duterte’s Philippines has largely rested in its economic laurels.

On the surface, those laurels looked pretty good in the third quarter as growth rebounded to an annualized 6.2% pace from 5.8% earlier in the year. The boost comes from Duterte’s multibillion-dollar “Build, Build, Build” infrastructure boom. Yet other metrics on corruption and basic efficiency demonstrate why the Philippines doesn’t need to grow faster, but better.

Duterte’s Philippines has lost considerable ground on the World Bank’s ease of doing business tables. In 2016, it was 103rd; today it is 124th. To understand why, look no further than the giant sporting event now demonstrating why Dutertenomics may be more talk than reality.

No, the president’s staff isn’t directly responsible for, as Duterte’s spokesman puts it, the “aberrations and irregularities” already tarnishing this year’s SEA Games. But Team Duterte is indeed responsible for the business climate that set the stage for it. Duterte’s Nov. 19 comments, for example, dismissing that corruption had infiltrated related construction projects haven’t aged well.

Such opacity makes it hard to discern where the redesign Aquino set in motion is heading. But topline growth figures, great as they look, mustn’t distract global investors from cracks below the surface—cracks that suggest reforms needed to raise the economy’s game have run out of gas.

And at the worst possible moment, as the global trade war has investors shifting into “risk-off” mode. Context matters, too. As Duterte indulges in side projects like the drug war, other regional peers are increasing their strength and agility. Indonesia, for example, is investing untold billions on better roads, bridges, ports and power grids. Yet unlike the Philippines, Indonesia has already produced four tech unicorns.

Thailand and Vietnam are racing up the production value chain. Malaysia is moving in the right direction after a decade of backsliding under a former leader facing a December trial for alleged corruption.

As the forces of globalization accelerate, so does the urgency for structural changes to harness them. With its young, 105 million-person population, bevy of underground ministers and proximity to the globe’s most vital supply chains, the Philippines has a natural ability to win. It just needs a focused and agile leader to get a place on the economic medal podium.

There is still time for Duterte to be that leader. So long as his administration limbers up and makes a strong and credible run at it. Yet the messy SEA Games event about to begin on his watch isn’t a promising sign as these things go.