Home Business Phillies Decade In A Review: From Dominator To Dud
Business

Phillies Decade In A Review: From Dominator To Dud 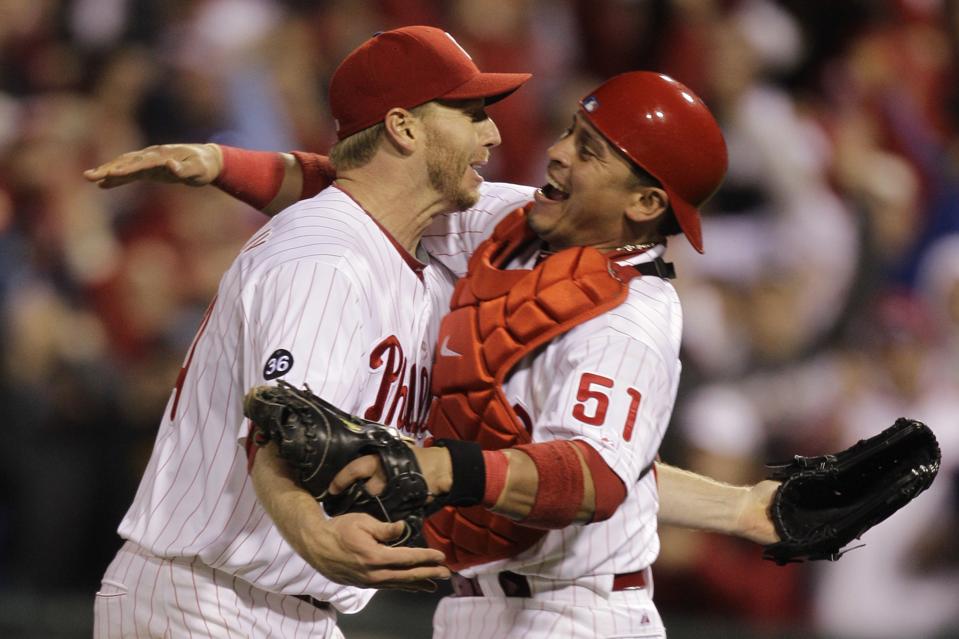 Let’s zing back to the birth of decade, when the Phillies were the kings of Philadelphia. A team that just had back-to-back World Series appearances. A team with a sparkling constellation of stars — J-Roll and Chase, Ryan and Doc, Cole and Cliff and the Flyin’ Hawaiian. A team that dominated the division year after year. And then it all went kaplooey. The Phillies’ dominance disintegrated into a decade of failures and flops and eight consecutive non-winning seasons.

It’s time to hark back on the past decade — no matter how much it hurts. Yo, but don’t forget the good times!

Most memorable game: On Oct. 6, 2010, Phillies ace Roy Halladay made his postseason debut with a no-hitter in Game 1 of the NLDS against the Reds. It’s only the second no-hitter in postseason history; Don Larsen’s perfect game in the 1956 World Series was the other.

Best farewell: On July 25, 2015, pitcher Cole Hamels no-hit the Cubs in his final game with the Phillies. Hamels got traded six days later to the Texas Rangers.

Best arrival: In August 2017, the Phillies’ Rhys Hoskins debuted and hit 11 homers in his first 18 games, connecting in five straight to tie a rookie record. No player in major league history reached 11 homers faster than Hoskins, until the Reds’ Aristides Aquino broke Hoskins’ record in 2019, reaching 11 dingers in his first 17 games.

Saddest moment: On Nov. 7, 2017, Halladay died when his single-engine, two-seat plane crashed into the Gulf of Mexico off the coast of Florida. Doc was 40.

Biggest shocker Part I: On Feb. 28, 2019, the Phillies signed Bryce Harper to a record-breaking, 13-year $330 million deal after ceaseless scuttlebutt that Harper would sign anywhere but Philly.

Biggest shocker Part II: On Dec. 13, 2010, free agent Cliff Lee signed with the Phillies after turning down bigger bucks from the Yankees.

Most unkind gesture: On Sept. 14, 2014, Phillies closer Jonathan Papelbon grabbed his crotch as he strolled off the mound in response to the boos from fans at Citizens Bank Park.

Strangest departure: On June 26, 2019, Ryne Sandberg quit as manager of the Phillies, who had the worst record in the majors at the time. 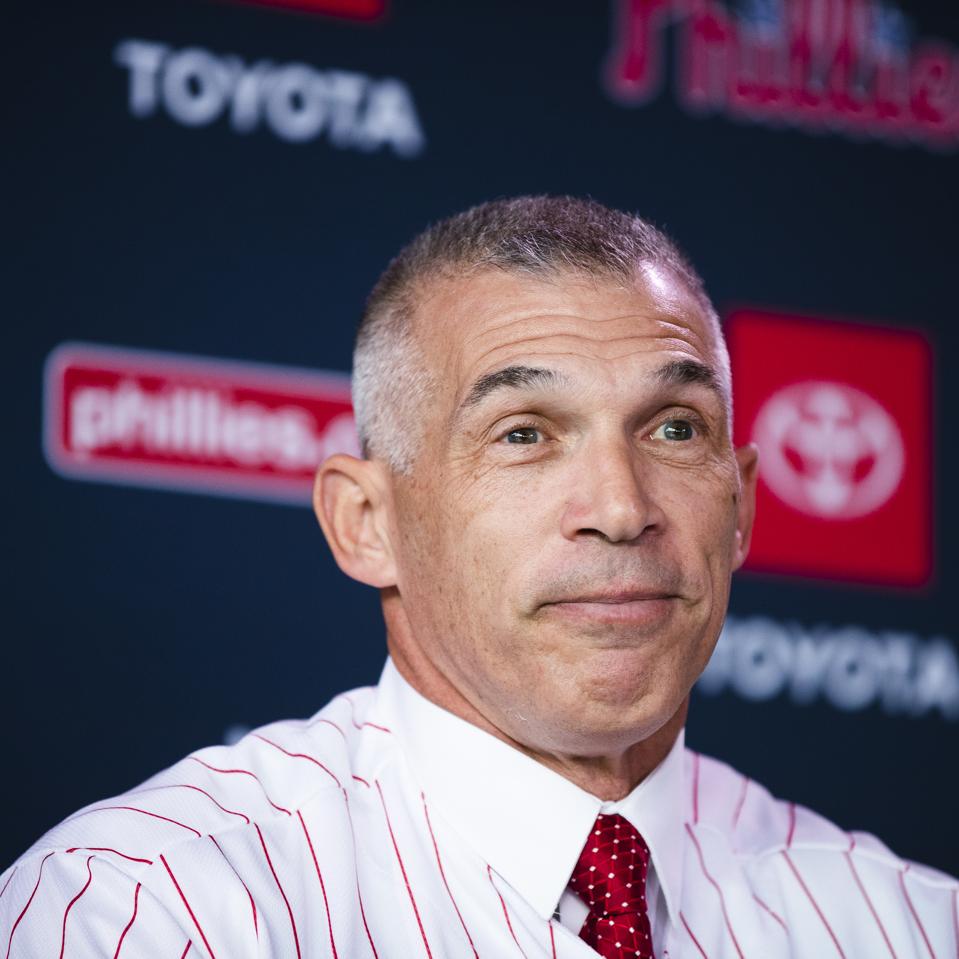 Worst hire: The Phillies hired Johnny Almaraz as their new director of scouting in October 2014. Almaraz failed at rebuilding the team’s farm system and stepped down at the end of the 2019 season.

Best trade: On Feb. 7, 2019, Phillies traded catcher Jorge Alfaro and prospects Sixto Sanchez and Will Stewart for J.T. Realmuto, whom we quickly found out is the best catcher in baseball.

Worst injury: Ryan Howard blew out his achilles — and blew out his greatness — running to first base on the final play of the 2011 NLDS. Howard crumbled in anguish as the Cardinals celebrated nearby.

Worst contract: On Nov. 14, 2011, the Phillies signed Papelbon to a $50 million, four-year contract — the largest deal ever for a reliever. And the Papelbon-Philly marriage just never worked out. The Phils traded Papelbon to the Nationals in July 2015.

Biggest Ph-lop: Super prospect Domonic Brown, who tore up the minors, made the 2013 All-Star team. From there, he just faded. Brown is still playing — in the Mexican winter league.

Best single-game performance: On May 29, 2010, Halladay pitched the 20th perfect game in major league history, against the Florida Marlins in Sun Life Stadium, and cemented his name in Phillies lore. 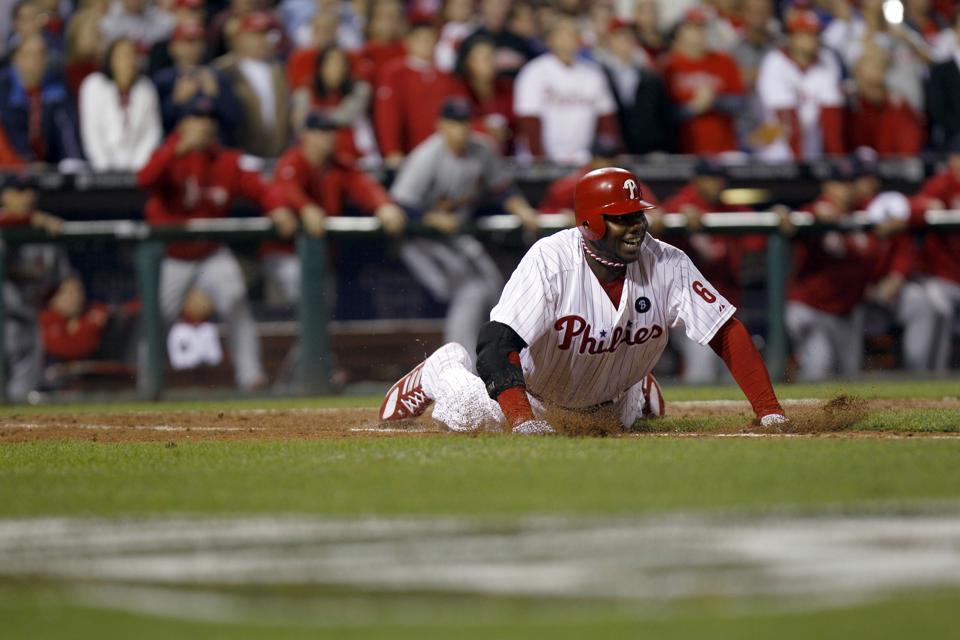 Philadelphia Phillies’ Ryan Howard (6) reacts after falling down injured on his way to first as he … [+] makes the last out during the ninth inning of baseball’s Game 5 of the National League division series with the St. Louis Cardinals Friday, Oct. 7, 2011 in Philadelphia. Cardinals won 1-0.(AP Photo/Matt Rourke)

9 Beauty And Wellness Trend Predictions For 2020 And Beyond

Qantas Picks The A350: Was It Rolls-Royce Versus...

I Should Coach My Team, But I Just...

Saturated Market? How To Stand Out In 2020