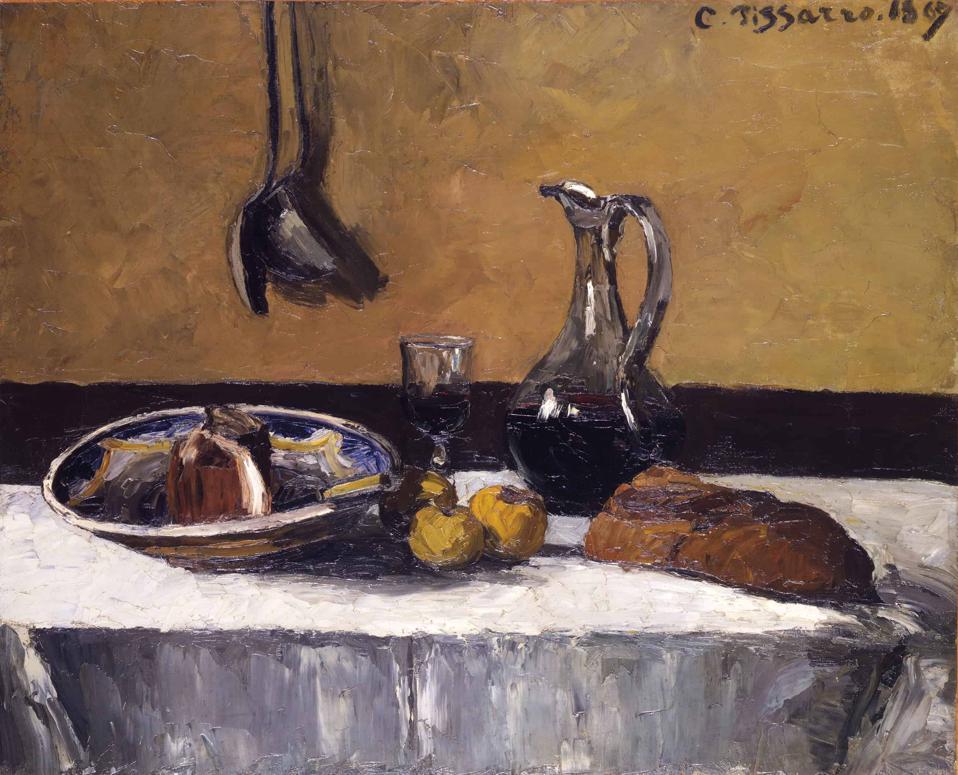 Toledo Museum of Art, Purchased with funds from the Libbey Endowment, Gift of Edward Drummond Libbey, 1949.6

A pitcher of red wine paired with a half loaf of crusty bread and fruit on a white tablecloth seems like a simple image of country life. Painted a year before art critic and author Émile Zola opined, “Camille Pissarro is one of the three or four true painters of this day,” the still life is a rare example of the Danish-French Impressionist and Neo-Impressionist painter depicting inanimate subject matter.

“With its solemnity as well as its spontaneity, Camille Pissarro’s Still Life of 1867 is one of the most rewarding and mesmerizing compositions in the collection of the Toledo Museum of Art,” said Lawrence W. Nichols, TMA’s William Hutton senior curator, European and American painting and sculpture before 1900. “This exhibition will place this masterpiece within the context of the important developments in French still life paintings in this vital decade.”

The rare oil on canvas purchased by the Toledo Museum of Art with funds from the Libbey Endowment, gifted in 1949 by glass industry pioneer Edward Drummond Libbey, is a highlight of ONE EACH: Still Lifes by Pissarro, Cézanne, Manet & Friends, opening January 18, 2020, at the TMA. 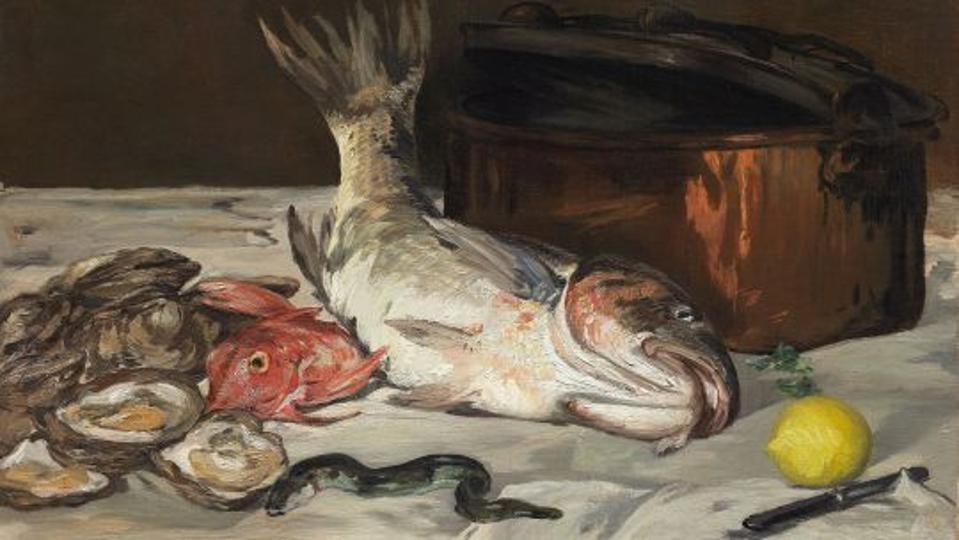 Organized in partnership with the Cincinnati Art Museum, the exhibition devoted to  still lifes painted by French artists in the 1860s is co-curated by Nichols and Peter Jonathan Bell, Cincinnati’s associate curator of European paintings, sculpture and drawings. On view until April 12, 2020, the exhibition will travel to the Cincinnati Art Museum from May 15, 2020 through August 9, 2020.

ONE EACH delves into the impact still lifes of the 1860s had on art movements in the 20th century, especially Cubism, which is regarded as the most influential art movement of the 20th century. Cubist painters including Georges Braque, Jean Metzinger, and Pablo Picasso cited Cézanne’s work as a major influence.

Besides masterpieces by Édouard Manet and Cézanne, the exhibition will feature paintings by Monet, Henri Fantin-Latour and Gustave Courbet.

Two loaves of bread, two eggs, two onions, and what appears to be glass of white wine stand out against a dark wall and table, half covered in a white cloth. 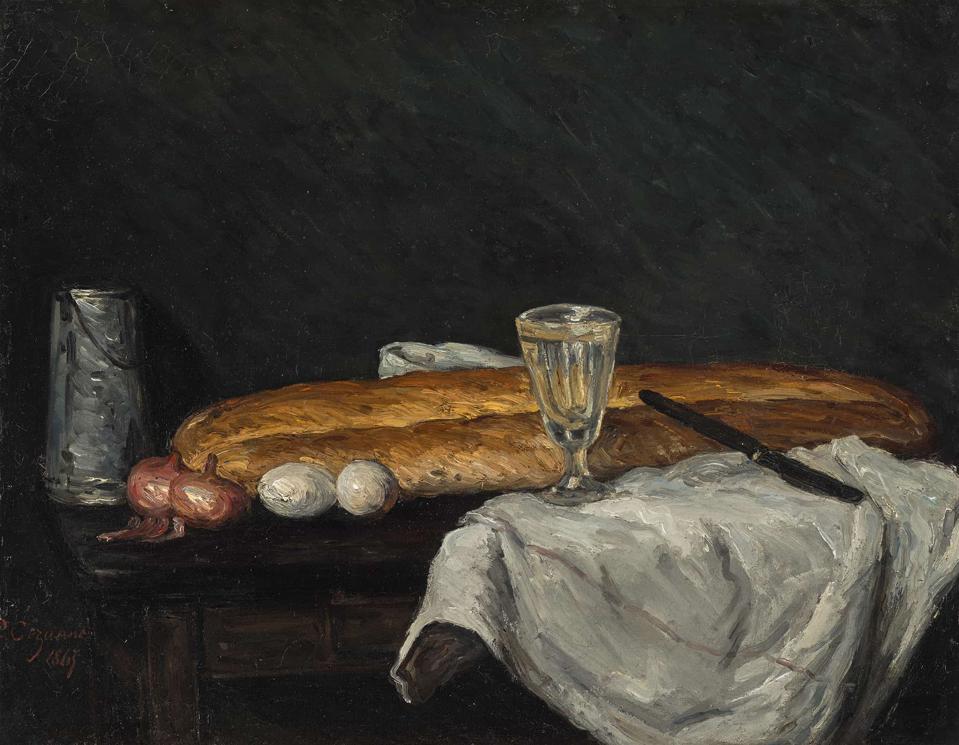 Cézanne’s Still Life with Bread and Eggs (1865), an oil on canvas, was gifted in 1955 to the Cincinnati Art Museum by Mary E. Johnston, a Cincinnati art collector and philanthropist who died in 1967.

“Just as these French painters have inspired countless other artists, this exhibition will nurture and provoke the artistic spirit in our community,” Nichols said. “The artists’ presentation of the tangible, experiential world will resonate with visitors.”

Still life paintings present a new way of viewing ordinary objects in everyday life. Placed into specific arrangements, the objects capture light and seek to transcend the ordinary. The artist’s choice of composition, form, color, texture leads the viewer to rethink the importance of the inanimate, by bringing it to life.

France was the focus of still-life painting from the 18th century until the ascent of non-objective painting after World War II. Most major artists working during those two-and-half centuries painted still lifes. 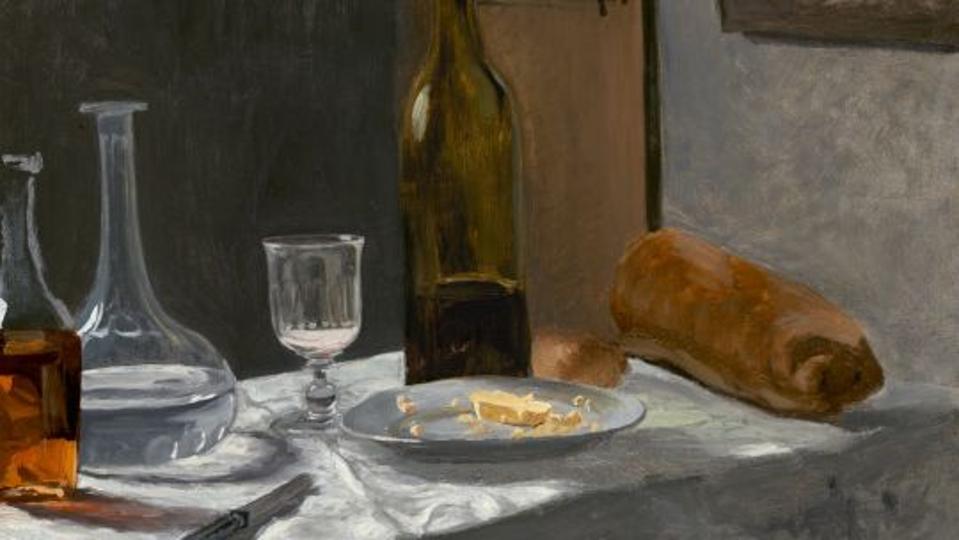 “The painters were fully aware of the tradition of still life representations dating back centuries,” Nichols said. “The desire and motivation to realistically represent things is 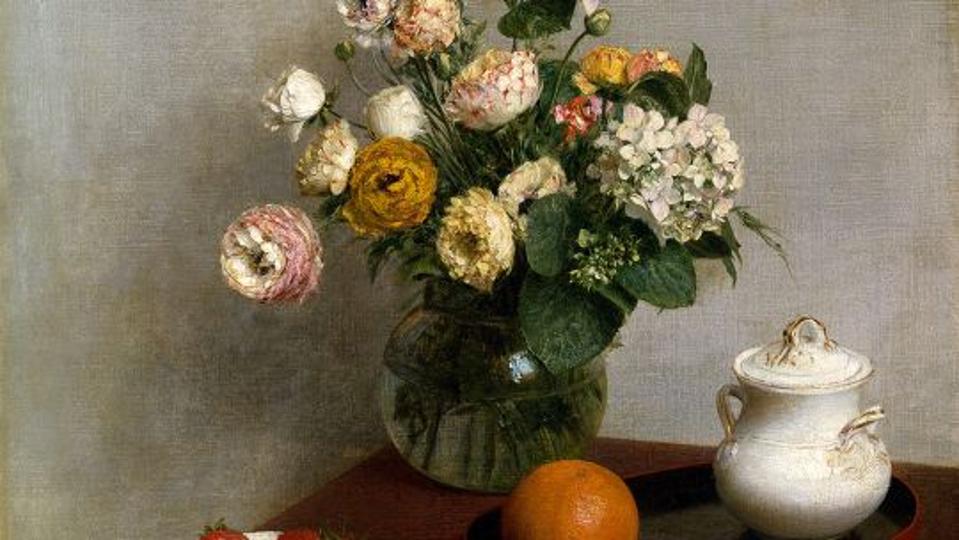 Toledo Museum of Art, Purchased with funds from the Libbey Endowment, Gift of Edward Drummond Libbey, 1951.363

7 Side Hustles For Teachers Who Want To Make Extra Money

WWE Is Planning A Huge Match For John...

As ‘Birds Of Prey’ Doubles Its Budget, Why...