Breaking
NBA-Backed Saliva Coronavirus Test Gets Emergency FDA Authorization
The Amazing High-Yield REIT Strategy For 7.9% Dividends,...
How To Attract Candidates To Hard-To-Fill Positions
Trump: I’m ‘Ready’ To Take Action On Stimulus...
Apple iOS 13.6.1 Release: Should You Upgrade?
Non-PPP Loan Approvals Continue Slow But Steady Rebound
Here’s How To Stay One Step Ahead Of...
Microsoft Outlook Will Store Contacts’ Blood Group And...
How The US Department Of Health & Human...
Why Do Chinese Companies List Their Shares In...
Can You Get Covid-19 Coronavirus From Food? Frozen...
Winklevoss Twins Tell Bar Stool’s Dave Portnoy To...
How Democrats And Republicans Would Tackle The Enduring...
Berkshire Hathaway Doubles Down On Net Lease REIT,...
70% Of Americans: Ban Foreign Apps
This Week In Credit Card News: Pandemic Brings...
Home Technology Plastics Cost The Earth, But There Are Alternatives
Technology

Plastics Cost The Earth, But There Are Alternatives 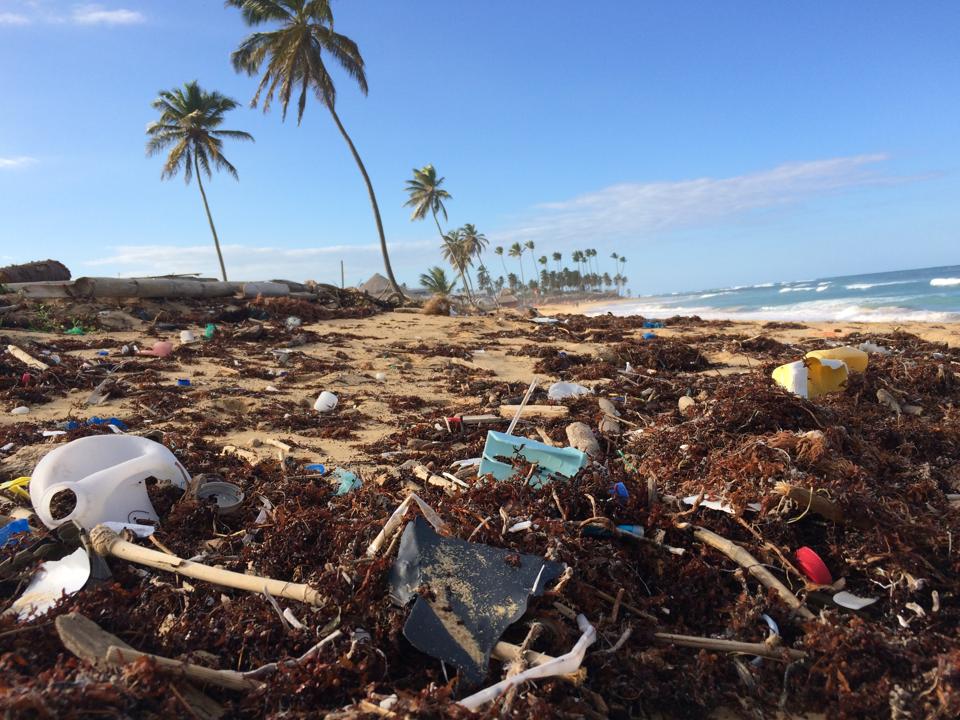 The facts about plastics pollution make for grim reading. According to a Plastic Oceans report, 350 million tons of plastic are produced every year, more, they say, than the combined weight of 7.7 billion human beings in the world.

Eight million tons of plastic go into the oceans every year, a volume that could increase tenfold by 2025 (yes, that’s five years away). Plastics account for 75% of marine litter, and estimates say around 90% of seabirds have ingested plastic.

And scenes like the agonizing plight of a tea turtle with a plastic straw lodged in its nose are becoming all too ubiquitous.

Can we stop it? It’s undeniable that plastics have allowed food and other goods to be transported, protected and stored for longer periods.

However, with new innovations on the market, we may have the best of both worlds. This article will look at some of the high-tech alternatives to plastic being developed and how their cost stacks up against conventional plastics.

One of the most remarkable aspects of humanity is its capacity to destroy and create. While manufacturers are slow to phase out plastics, and governments tied up in the rhetoric of yesteryear, scientists have become environmental outliers, using their skill to say we have a solution.

One solution is bioplastics. Made from renewable biomass products such as corn starch, recycled food and agricultural by-products, they are intended to be biodegradable/compostable and don’t contain toxic substances like bisphenol A (BPA) which has been found to disrupt the hormones of living beings. They reduce greenhouse gas emissions by an estimated 25% and, were countries willing to switch to renewable energy, the reduction would be an estimated 75%.

However, there is significant confusion about bioplastics compostability, requiring industrial- strength facilities. And when considering their sustainability score, you have to factor in how much energy they take to produce as well as greenhouse gases emitted in their decomposition.

Given the weaknesses of bioplastics, some companies have been working on improvements. The company Skipping Rocks Lab have made a plastic-like packaging out of seaweed – named Notpla – which biodegrades naturally in four to six weeks and is home compostable. It can be used for food and water (since we don’t show any signs of weaning ourselves off bottled water). Even more amazingly, the seaweed used is fast, salt-water growing and helps de-acidify the oceans.

And it seems the sea is a limitless source of inspiration. Graduate student Lucy Hughes has developed a bioplastic – MarinaTex – made from fish scales and locally sourced red algae. It uses little energy to produce it and is home compostable in four to six weeks.

Another option is to make better plastic, which can be more readily recycled. Companies like the Indorama Ventures and Loop Industries partnership, and Procter and Gamble, are experimenting with recyclable plastics as part of a circular economy model (where waste is reused not discarded). The main limitation is encouraging consumer behavior – recycling practices – to change.

In other words, there are alternatives to plastic and traditional bioplastics in the pipeline, and the best products are one that are not energy-hungry to produce, give back to the environment and can be quickly composted by amateurs at home.

So are we going to see the speedy elimination of plastics from our supermarket shelves?

The cost of plastics versus alternatives

The dilemmas for business that commonly use plastics is that alternatives cost. Moreover, companies don’t normally consider the societal costs of the decisions they makes. Societal costs are for government, reasons the business mind, though some giants, like Coco-Cola, have made some minimal pledges on plastics and the corporate sustainability movement is growing.

Except that, when we consider the state of global governance, making decisions that benefit the environment seems like watching the Titanic turn (it didn’t). Meanwhile, indirect costs accumulate; costs that, ultimately, we will all pay.

Do the costs of alternatives to plastics stack up? One comparison put alternatives like paper, sugarcane, plat starch forks and paper straws at more than twice the cost of polystyrene and plastic. And some lobbies are fighting for plastic. A report by the American Chemistry Council and Trusost says that the environmental costs of using glass, tin or aluminum for soft drinks will cost the environment five times more in transport pollution than using plastic, due to the increased weight. And plastic has been spectacularly good at food preservation, reducing food waste.

But the failure to connect business costs with societal and environmental costs is decimating our economies and wildlife (in purely utilitarian terms, a source of human food and enjoyment). A study published in the Marine Pollution Bulletin in 2019, says that plastic pollution is costing the world up to $2.5 trillion per year.

Ultimately, we have to decide what is more important – our habitat or money. Because money won’t help if the world dies.

With Markieff Morris, The Lakers Make A Substantial Upgrade To The Roster