Breaking
Stock Market: Two New Trends Shaping Next Buying...
Apple iOS 14.0.1 Release: Should You Upgrade?
Social Media Marketing Consulting
What You Need To Know About Your Startup...
Governor Signs Landmark Student Loan Borrower Protection Bill...
Reddit Co-Founder Alexis Ohanian Plans $150 Million Investment...
This Week In XR: Enterprise Adoption And Financing...
The Disadvantages Of Aging In Place
How Advances In Customer Service Can Take Telehealth...
5 Reasons Why Your Startup Needs To Be...
Beyond-Professional: What Is The New Workplace Normal?
Manufacturing In The U.S. Is On The Cusp...
After 75% Rally, Johnson Controls Stock Looks Fully...
The Future Is Now: This Start-Up Offers Carbon-Free...
Eight Boxes To Check If You Want To...
Where Have All The Entrepreneurs Gone? A Conversation...
Home Technology Pokémon GO’s Egg Events Are Getting Exhausting
Technology 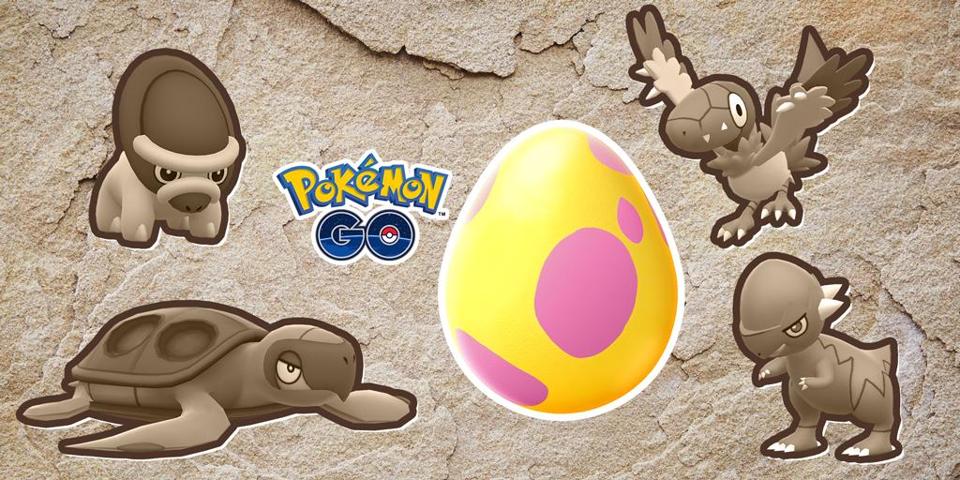 Yesterday afternoon, I did the thing. Niantic announced another 7km egg event in Pokémon GO, this time bringing fossil Pokémon around the little yellow eggs. I’ve got my Rampardos and my Bastion, but there’s one particularly rare little fellow in there: the relatively newly-released Archen, which evolves into Archeops. I dutifully opened a bunch of presents, loaded my eggs into super incubators and got walking. I want Archeops! It’s not my fault.

This has been a bit of a pattern so far this year. As a poster over on Silph Road notes, by March 3 we’ll have 77.5% of 2020 in a special egg event of some kind, oftentimes to grab ultra-rare or exclusive creatures. And that’s on top of the time I already spend hatching eggs: there are all sorts of Pokémon that you basically can’t find except in 10km eggs, and so I roll those dice as often as I can. Niantic has not given us an end date for this fossil event in an obvious attempt to weaponize FOMO.

It’s not hard to understand why the developer would want to push us towards eggs. Ever since launch, the incubator has been one of Niantic’s most consistently desirable microtransactions, and I buy more of the things than I do raid passes, star pieces, poffins or anything else combined. The difference between an egg and a loot box is an academic one—they’re not nearly as abusive because they still need to be walked to hatch, and so you can’t sit at home and drop $100 in an hour. But all the same basic mechanics are here, regardless: the desire for the one, ultra-rare item, the random outcome, the gambler’s high. I’ve spent a lot of money chasing that.

A certain amount of this is inevitable. Pokémon GO is a free-to-play game, and it needs to make money. But there’s a careful balance at play here, and the increased focus on eggs can make a player feel squeezed rather than rewarded. Pokémon GO has always been one of the less aggressively monetized mobile games on the market—less aggressive than Harry Potter: Wizards Unite, for example—and pushing things too far in another direction can turn of long-time players. If I get to the point where I feel like I’m getting worthwhile rewards from eggs and nowhere else, I’m going to start losing enthusiasm.

I think that Niantic needs to loosen up those wild Pokemon spawns a little bit. Deino, for example: I’ve never seen a Deino in the wild, despite looking high and low. The only two I have come from GO Battle League, which means they were also microtransaction-adjacent. Egg-exclusive Pokemon should be rare and carefully deployed, rather than a regular feature of every event. It won’t happen, of course, because Pokémon GO makes a gigantic amount of money and so far it seems like an aggressive focus on eggs isn’t cutting into it, but one can dream.

The Triple Threat Of Terrorism In The UK: Will Emergency Legislation Work?