Breaking
How To Get Your Startup Business Off The...
How To Create A COVID Safe Construction Site
How to Make a Good First Impression at...
Why Now Is A Good Time To Start...
Here’s Why Texas Instruments’ Stock Growing Almost 2x...
LinkedIn’s 50 Best Startups To Work For In...
3 Marketing Mistakes Holding You Back From Hitting...
Is The Matter In Our Universe Fundamentally Stable...
Majority Support Covid-19 Price Controls Says New Brookings...
Reimagined Pan-Mass Challenge Approaches $41M 2020 Fundraising Goal
Is Bitcoin Poised To Bounce Back After Its...
These ‘Temporary’ COVID-19 Changes Will Become Permanent
How Will Our Mental Health Be Affected By...
Selling A Business During A Pandemic: When Talented...
Top 10 Digital Transformation Trends For 2021
Two Veteran Entrepreneurs Aspire To Clean Up America’s...
PPP Forgiveness Applications Are Opening Up. Should You...
Best Domain Registrar
Free Tech For Black Founders Initiative Saves Startup...
Home Business Poll: U.S. Confidence In Police Plummets To All-Time Low
Business

Following the death of George Floyd in police custody and months of subsequent protests against police brutality across the county, a new Gallup poll finds that U.S. confidence in police fell to 48% this year, which is the lowest level recorded by Gallup in the nearly 30 years it’s been tracking public opinion on this question (confidence reached a high of 64% in 2004). 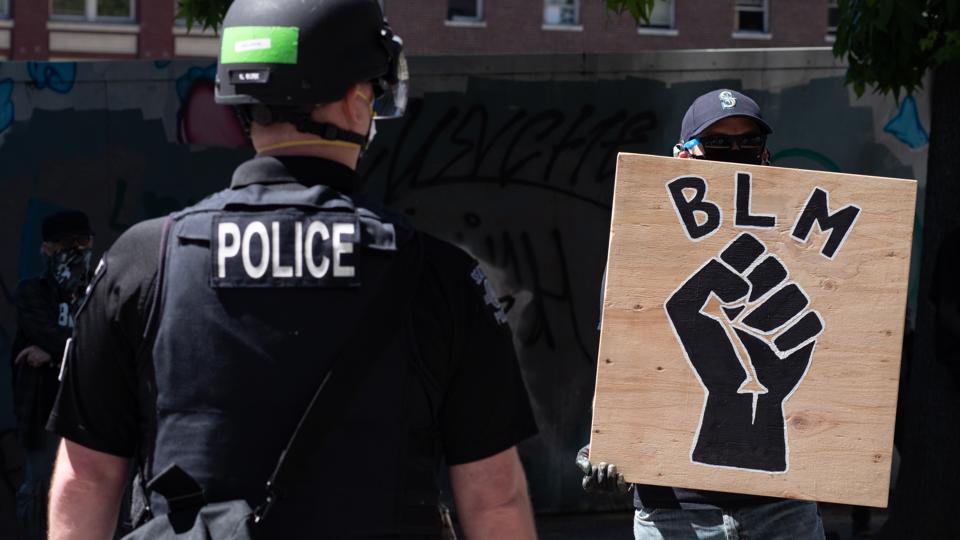 Confidence in the police actually rose seven points among Republicans this year, to 82%, whereas it dropped six points among Democrats to 28%.

Among white adults, 56% said they have “a great deal” or “quite a lot” of confidence in the police, versus just and 19% of Black adults.

This substantial 37-percentage-point racial gap is the largest found for any of 16 major U.S. institutions rated in Gallup’s annual poll.

In the midst of the ongoing coronavirus pandemic, respondents universally expressed significantly increased confidence in both the medical system and public schools, two institutions on the frontlines of the battle against Covid-19.

The percentage of U.S. adults who now say they have a “great deal” or “quite a lot” of confidence in the medical system skyrocketed from 36% in 2019 up to 51% this year (the highest measure on record since Gallup began asking this question in 1993).

Confidence in the public school system also rose dramatically this year, by 12 points, to 41%, which is its highest point since 2004. According to Gallup, double-digit increases in confidence for any institution are exceedingly rare, having occurred only nine times in more than four decades of measuring such data. Many of these previous instances involved heightened confidence in the military when the U.S. was at war. Other institutions that have seen significant increases in confidence this year include banks (+8 points to 38%), small business (+7 points to 75%) and organized religion (+6 points to 42%). Gallup began conducting its “Confidence in Institutions” poll in 1973 during the Watergate scandal. This year’s findings were based on polling from June 8-July 24, among a random sample of 1,226 adults, aged 18 or older, living in all 50 U.S. states and the District of Columbia.

According to the National Fraternal Order of Police, 195 law enforcement officers have died in the line of duty due to Covid-19.

Poll: Fewer Than Half Of Teachers Feel Comfortable Sending Their Own Children To School (Forbes)