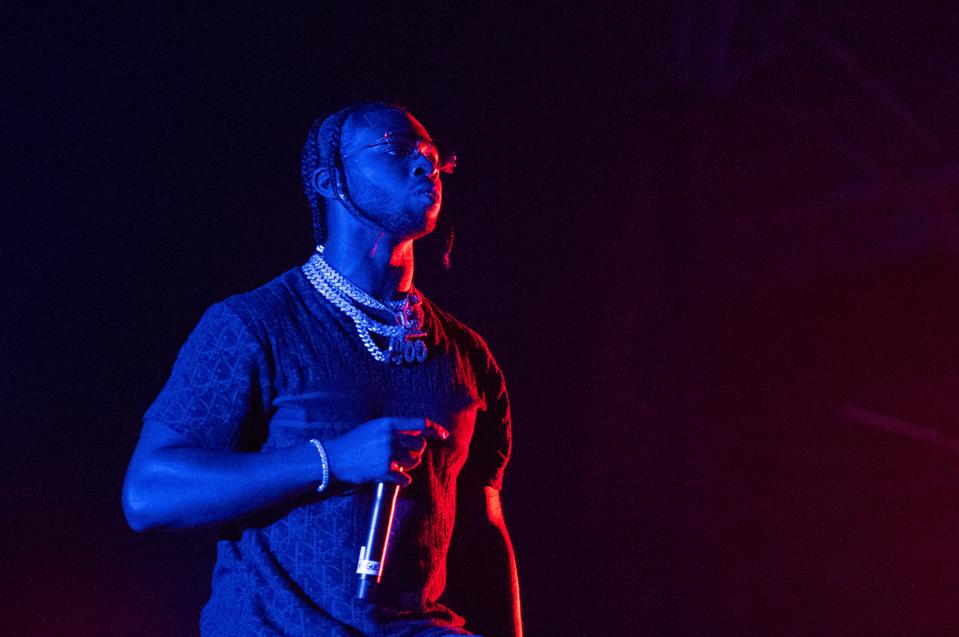 Leading the Hot 100 once again are DaBaby and Roddy Ricch, whose global giant “Rockstar” holds atop the all-genre list for a fifth frame. With five turns atop the ranking to its credit, “Rockstar” passes The Weeknd’s “Blinding Lights,” which controlled the tally for four spins, as the second-longest-running champion of 2020. The leader remains Ricch’s “The Box,” which earned 11 stays in the penthouse before falling.

Behind the powerful track by two of the hottest rappers in the music industry at the moment, three artists send a collaborative single into the highest reaches of the ranking, with one appearing between Nos. 1 and 10 for the first time posthumously.

The Weeknd’s aforementioned former No. 1 smash “Blinding Lights” is back up at No. 2, pushing Jack Harlow, Lil Wayne, DaBaby and Tory Lanez’s “What’s Poppin” down one peg to third place. Last frame, the latter cut vaulted to the runner-up rung, and now it may begin a slow decline.

Both Megan Thee Stallion and Beyoncé’s “Savage” and Saint Jhn’s “Roses” keep exactly where they landed last frame, at Nos. 4 and 5, respectively.

As he rules the Billboard 200 with what is being called his debut album Shoot for the Stars, Aim for the Moon, late rapper Pop Smoke also finds his way into the top 10 on the Hot 100 for the first time in his career, though sadly he is not here to celebrate his incredible success.

MORE FROM FORBESPop Smoke Posthumously Hits No. 1 With His Debut Album, Released Months After His MurderBy Hugh McIntyre

The hip-hop talent’s new track “For The Night,” a joint effort with fellow rappers DaBaby and Lil Baby, has been selected by fans as a favorite from his latest full-length, and they purchased and streamed the tune in large enough numbers that it debuts at No. 6 on this week’s Hot 100. The track is now the first top 10 for Smoke, the fourth for DaBaby and the fifth for Baby.

The final two entries inside this week’s top 10, Doja Cat’s “Say So” and Justin Bieber and Quavo’s “Intentions,” seem ready to depart the region sometime soon, as they both fall three spots to Nos. 9 and 10, respectively.

What Do Great Leadership Training Programs Have In...

How Queen Of Raw Uses Tech To Match...