Breaking
Best Incentive To Get Vaccinated: Money, Messaging, Or...
Page Level Query Analysis at Scale with Google...
How A CIO Can Align IT With Business...
Blogger of the Month: Jo, Girl Eats World
6 Things Women In Business Know That Men...
How to Use First-Party Data for Ad Personalization
Pressing Reset—Putting A Fallen Unicorn Back On Its...
How We Went Viral: Promoting Content with Influencers,...
Blame Olympic Record Price Tag For Return To...
Apple iOS 14.5 Release: Should You Upgrade?
Why Gaming Gear Company Razer Launched A $50...
Technical SEO Implementations to Increase the Impact of...
30 Brilliant Ways to Market Your Eco-Friendly Shopify...
15 Tech Industry Leaders Share Overused (And Misused)...
How to Use Amazon Posts to Promote Your...
U.S. House Passes Bill To Create First Crypto...
Home Business Pop Smoke’s Biggest Moments On Billboard’s Songs Charts
Business 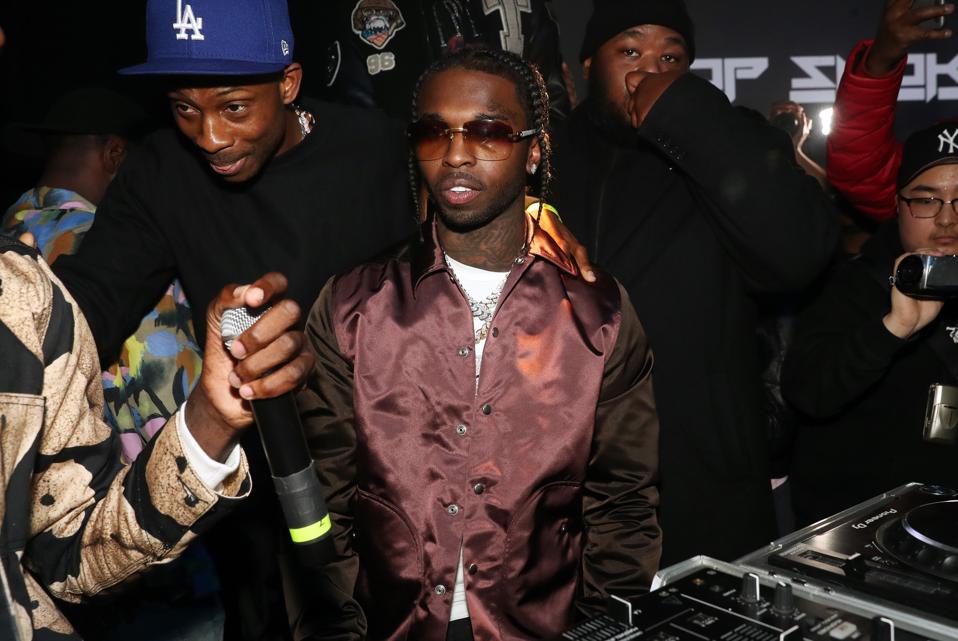 The music industry was struck with a terrible loss yesterday when rapper Pop Smoke was pronounced dead after a violent home burglary at his property in Los Angeles. The musician was just beginning to make a name for himself, and in just a year, he had managed to place several singles onto a handful of Billboard charts. They seemed to simply be the appetizers for what was meant to be a promising career, one which has now been cut short, though one that is still impressive in its accomplishments.

Here is a look at how Pop Smoke’s songs performed on the Billboard charts during his lifetime.

Pop Smoke only reached the Hot 100 once during his life, though he may appear on the ranking in the coming weeks with popular cuts that didn’t quite make it to the tally while he was alive as fans rush to stream and buy his art. As a featured act on JackBoys’ “Gatti,” the hip-hop talent once rose as high as No. 69, but only for one frame. He was officially credited alongside the group, which is comprised of Travis Scott, Sheck Wes, Don Toliver and Chase B, as well as Scott himself, who is oddly also named separately.

Pop Smoke may only have reached the Hot 100 with one track that credits him, but he has come very close on more than one occasion. His breakout single “Welcome to the Party” stalled at No. 5 on Billboard’s Bubbling Under Hot 100 chart, which serves as a 25-spot extension of the important songs tally (think of the songs featured on it as ranking somewhere between Nos. 101 and 125). The Nicki Minaj-assisted catchy tune landed in fifth place in 2019, helping turn him from a local musician to a rising star.

Earlier this year, his other single “Dior,” debuted and peaked at No. 1 on the list, frustratingly missing the Hot 100 by just one rung.

While sales of tracks decline every year, there are still fans who prefer to buy the tunes they love the most. Throughout his career, Pop Smoke only sent one of his singles to that list, the Minaj collaboration “Welcome to the Party,” which stalled at No. 45. That’s not a particularly lofty placement, but the fact that he was able to chart at all is still impressive, as there are plenty of up-and-coming hip-hop musicians who haven’t managed that feat.

On the Streaming Songs chart, which can be even more competitive in today’s streaming-focused music industry, Pop Smoke was unable to push any of the tracks he fronted to the list, but he did appear on the tally alongside a group that was instantly recognized as superstars. As a featured guest on JackBoys’ “Gatti,” he once charted at No. 50, in last place.

Of all the Billboard charts Pop Smoke appeared on during his lifetime, he racked up the most hits on the Hot R&B/Hip-Hop Songs tally, as he made it to the list with three different tunes. His highest-ranking of the bunch, “Gatti,” which was fronted by the Travis Scott-led JackBoys, broke into the top 40 and peaked at No. 33.

His own “Welcome to the Party” with Minaj and “Dior” barely made it on, reaching Nos. 48 and 49, respectively, on the 50-slot chart.

JackBoys had no problem sending their entire debut EP’s worth of material to various Billboard rankings when the set first arrived on charts dated early in January 2020, and that includes on the Hot Rap Songs list. The group, with Pop Smoke by their side on “Gatti,” rose as high as No. 24.

Many newcomers in the hip-hop space have proven themselves by racking up impressive stream counts or even selling a fair number of copies of mixtapes, albums or singles, but breaking on radio is a difficult thing to do, and when someone is able to push a tune to the traditional medium, it’s a sign they may be about to break into the mainstream.

Pop Smoke only ever appeared on one radio-focused list, and he narrowly missed earning a top 40 hit. On the R&B/Hip-Hop Airplay ranking, his current single “Dior” peaked at No. 41, but that may change in the coming frames as programmers and DJs rush to include his work as a tribute to his life.

Brands Might Be Subject To FTC Penalties For Undisclosed Influencer Marketing