Breaking
Why You Should Fire 90% Of Your Clients...
15 Smart Ways To Get More Mileage Out...
14 Smart Ways To Leverage Machine Learning For...
Three Lessons The Life Insurance Industry Learned During...
Why Convenience Is Essential
Norway’s $1 Trillion Oil Fund, BlackRock And Vanguard...
Sennheiser Makes Open-Back Headphones More Affordable With The...
Artificial Intelligence Is Ready For Prime Time, But...
Satellite Science Is Helping The Environment, From Farms...
Corporate America’s Employment Problem Isn’t Just Race But...
Designing Household Appliances With Planet And Health In...
Fauci: ‘We’re Nowhere Near Herd Immunity’ In The...
Behind The Curtain—Chapter 11 From The Inside—Chapter 10—The...
Three Classic Ways To Get New Business
Email Marketing Consulting
With Hope, Perseverance And Faith, Two Friends Are...
Home Business Portland: What Will Upcoming Election Mean For Housing?
Business

Portland: What Will Upcoming Election Mean For Housing? 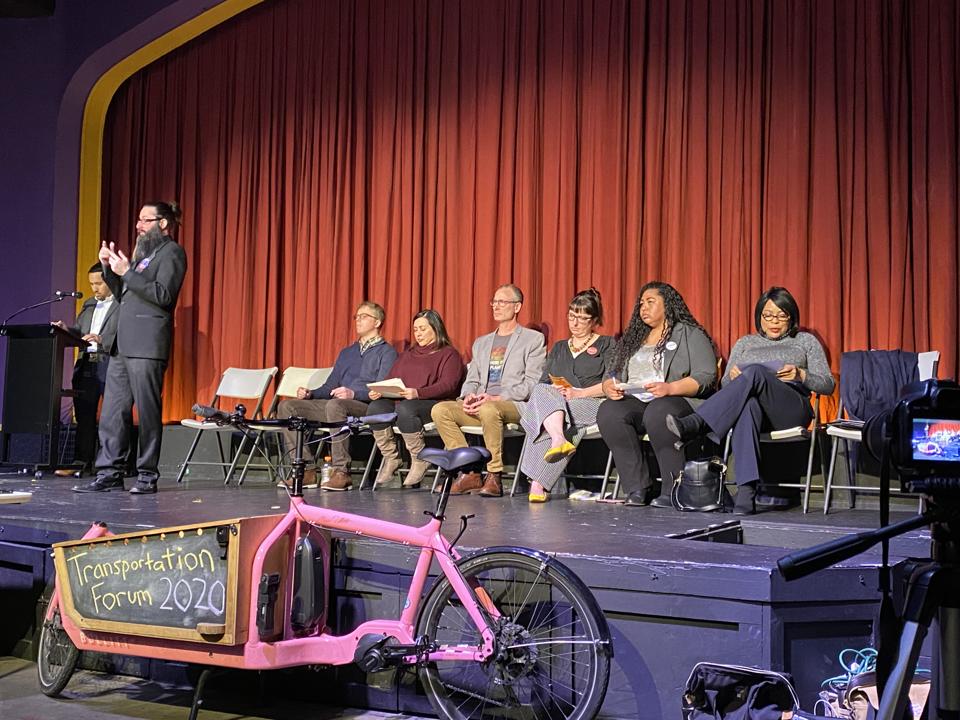 Over the last several weeks and since my return from a trip to the United Kingdom, I have found myself living in one of the planet’s COVID-19 hot spots. I say, “found” because that’s how it feels, like discovering a parking ticket on one’s car or flat tire — but decidedly more dire. I had been talking with Portland contacts about a trip to check out their election for mayor and city council. So I left the hot zone traveling south to see what candidates there are saying about housing.

There are more than 40 declared candidates for 5 commissioner seats, one of which is the Mayor’s position. Portland’s commissioner system is somewhat unusual on the west coast, sort of like a unicameral parliamentary system, with each commissioner with some administrative responsibilities over a bureau like transportation, and the mayor with ceremonial duties and in charge of the budget.

The at large system of election means the whole city votes on all the positions. This system of at large elections is in dispute, with many candidates and advocates wanting to move to a district election system, something Seattle adopted several years ago. It’s still hard to say exactly what impact the district system had on policy outcomes in Seattle but it shaped campaigns, with candidates arguing over more local and neighborhood concerns while talking about larger citywide issues.

When it comes to housing policy, Portland has adopted a Mandatory Inclusionary Zoning (MIZ), a policy that squeezes fees from for profit housing development to give to non-profit developers. Apparently this policy created confusion and slow down in housing production, but like in Seattle the impacts are sure to be long term. Oregon has also adopted rent control and Portland is also experimenting with various laws impacting the housing provider and resident relationship, including banning criminal records and income requirements.

The forum I chose to attend ended up being a forum on transportation issues, but I was interested in gaining some insight into the field of candidates and where they might take the city next and how that might impact housing policy. I’ve long said that land use policy is essentially transportation policy; if we aggregate demand for transit it becomes more sustainable. Back in 2011 I wrote a post titled “Want to save transit? Try better land use.”

“ Among the many great things density does (lower emissions, more efficient energy use, less impact on water), it also aggregates demand for transit. Lots of demand for transit in one place makes it less expensive to supply. It’s as simple as visualizing a bus stop on Third Avenue versus a stop somewhere in Maple Valley, there’s going to be a lot more people, more fares, and fewer operating costs. Density is good for transit’s bottom line in King County. More people in a smaller space can mean more efficiency.”

My argument then was the same as it is now: if we build more housing close to transit and more transit next to housing it shortens trips, makes cars obsolete, and eases housing scarcity. Back in those days the battle was for density and what is true then is true today, that to meet the housing demands of people who live and work in cities, more housing is needed. Two candidates, one for commissioner and one for mayor articulated this at the forum.

Tim DuBois is a self-confessed policy wonk finishing a graduate degree in urban and regional planning at Portland State University. He’s also a carpenter and is a small housing provider renting units on property he developed. His response to the first question about the fact that 42 percent of Portland’s carbon emissions originate from transportation — cars, buses, and trucks — was that those emissions “are a land use problem.”

DuBois used the “D Word,” density, to explain that people had to rely on transit and driving to get back and forth to work and home. Why not legalize more housing where it is limited, like in single-family zones, to shorten those distances. His answer about bike and pedestrian safety was the same; there would be fewer safety issues with shorter commutes.

Ozzie Gonzalez is an architect who is running for mayor and when asked about a controversial proposal to widen Interstate 5 in Portland, he said he supported the proposal with a demand for more investment in affected communities. Something will happen with I-5, he said, and he added an enthusiastic pitch for Transit Oriented Development. Imagine, he suggested, a city where people lived closer together, in compact walkable and bikable neighborhoods. Biking has dropped in Portland because commutes have gotten longer, and that distance adds to safety problems and mode conflicts.

In a field of candidates who all ring social justice and identity bells, DuBois and Gonzalez stood out for their differences — DuBois a self-conscious amateur politician and white male and Gonzalez Latino, charismatic and engaging agenda — but also for their pragmatic approach to land use, housing, and transportation. Both went directly to what I wrote about almost a decade ago; you can’t have a sustainable transportation system without a coherent policy to support more choices for housing near work, play, shopping, and other people.

Like Seattle, Portland is a town that demands its candidates for public office talk about poverty, people of color, equity, equality, and things like “traffic violence” and the dominance of “Motordom,” a term I’d never heard before. West coast cities have turned political language into a rococo display of bromides and bows to all sorts of narrow interests. But what should local government do or not do about housing? It will be interesting to see who survives the gauntlet in Portland and what policies might emerge there to address the fundamental need for more housing of all kinds everywhere for people of all levels of income.

A Non-Loss Approach Will Help Ease Your Coronavirus Worry

Coronavirus May Not Kill You, But Can It Make You Stronger?