Breaking
Employers: Eight Red Flags You May Not Notice...
Ted Lasso, Other Apple TV+ Shows Arriving Soon...
What Are Working Capital Loans and When Should...
The 10 Biggest Trends in Entrepreneurship to Look...
Clubhouse Has Grown 10X In Two Months. Here’s...
Here’s Why Tyson Foods Stock Looks Undervalued At...
How To Maintain Client Relationships During Long Projects
WhatsApp Is Pushing Ahead With Its Controversial Privacy...
Australia In Talks With Facebook’s Zuckerberg Over ‘Outrageous’...
What To Expect From Deere Stock In Q1?
GME Saga Dissected In The House Committee On...
What’s Next After Mars? The 8 Spectacular Space...
Integrating Life Insurance With Lifetime Income – Part...
How To Invest Your Time Wisely In The...
Spring Forward With These Smart Home Gift Ideas
Hybrid Electric Aviation Pioneer Ampaire To Be Acquired...
Home Business Post Malone Is Just The Second Musician To See Five Songs Reach One Billion Streams On Spotify
Business 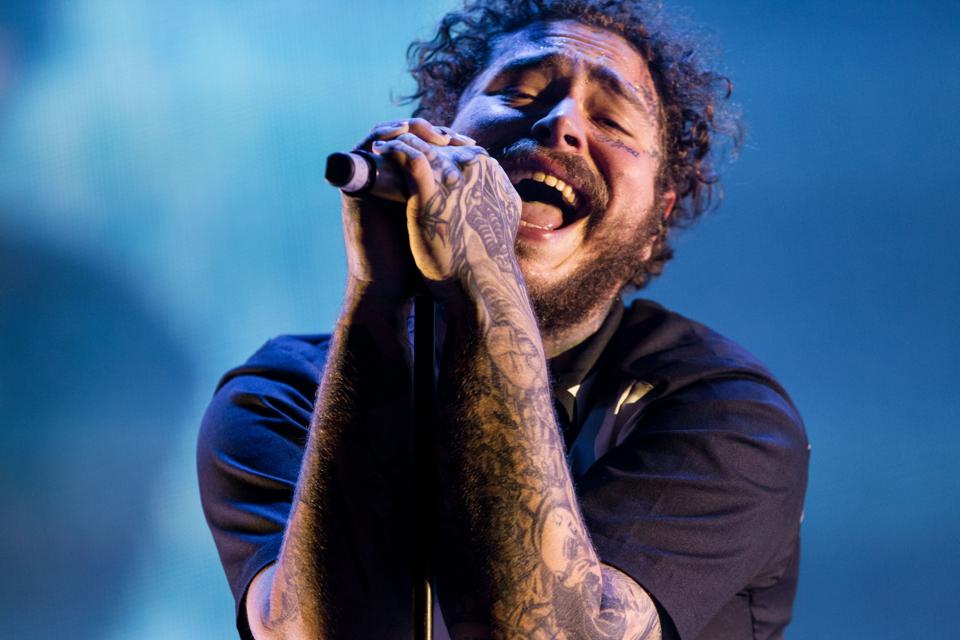 In only a few years, Post Malone has established himself as one of the most successful musicians in the world and a certified, reliable hitmaker. He’s churned out more global smashes across three full-lengths than most artists will in decades, and while his music does sell well, he is truly the king of streaming platforms, where his biggest tunes are unstoppable.

Malone has just collected another billion-streamer on Spotify, the world’s most popular streaming music platform, with a favorite that never stopped being played by fans all around the globe, even after it fell of the charts. The hip-hop musician’s track “Psycho,” which also features Ty Dolla $ign, has just passed one billion plays, becoming one of fewer than 75 cuts to do so.

The chart-topper has now seen five of his singles reach, and then pass, one billion streams on Spotify alone, and that’s an accomplishment that only one other artist can claim.

Justin Bieber became the first artist to rack up five billion-streamers on the site, and he’s already moved on. The Canadian pop star now has his name attached to half a dozen such behemoths, and he will become the first to reach seven, perhaps in the next several months or maybe a year.

Malone’s most-streamed song is his 2017 cut “Rockstar,” which features 21 Savage. Currently, the former No. 1 giant is the second-most popular track on the platform, coming in behind only Ed Sheeran’s “Shape of You” (though it’s several hundred million plays below that tropical pop tune). His collaboration with Swae Lee, “Sunflower,” also ranks among the 10 most-played pieces on Spotify, making him one of only three artists to own more than one spot in that coveted region.

The hip-hop and pop musician’s other tracks that are present inside the billion-stream club include “Congratulations” with Quavo, his solo cut “Better Now” and, of course, “Psycho.”

While he might not be the first musician to push five tracks past one billion streams, Malone does serve as the lead act on all of his successes, something Bieber cannot say. The former teen star is credited as a featured artist on half of his winners.

Next up for Malone comes “I Fall Apart,” which has already passed 950 million streams on Spotify, but which likely won’t hit the billion-play milestone for a little while. Sheeran will probably be the next artist to earn five billion-streamers, as he has already snagged four, and he has one more that needs fewer than 100 million clicks to enter this prestigious club.

How To Launch A Customer-Funded Startup