Breaking
How to Get Results from Broken Link Building
Florida Supreme Court Tells The American Bar Association...
How to Write Perfect Paid Social Media Marketing...
How Restaurants Can Design a More Sustainable Food...
Expenses That Small Business Owners Need to Be...
How You Can Make Saying Goodbye To The...
Biden To Meet Royal Family At Cornwall’s Eden...
It’s Going To Be Emotional — Going International...
Peer Mentoring For Students: STEM & Buds
7 PR Trends in 2021: The Story So...
Google Plans Radical New Google Pixel Smartphone Upgrade
Where Did COVID Come From?
Ride To Growth With A Business Vehicle
C3.ai’s Tom Siebel: How To Scale AI
Moz Acquired by iContact Marketing Corp
10 Examples of Brands Using TikTok Stitch and...
Home Business Posthumous Book Of John Andretti Honors Racer’s Life And Legacy
Business 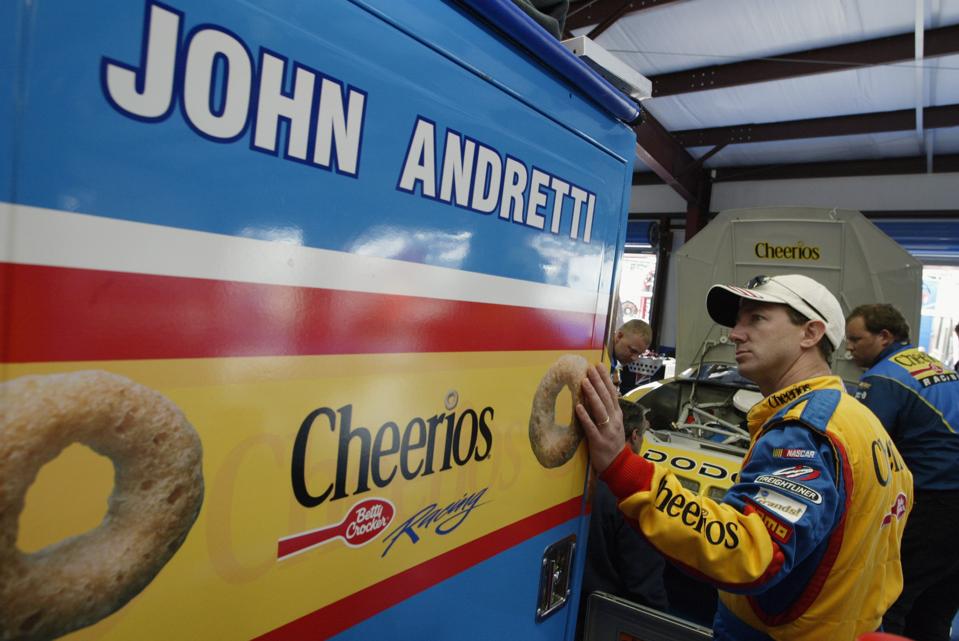 John Andretti drove Petty Enterprises’ No. 43 car for several years, winning one race in the famed … [+] car and another driving for Cale Yarborough.

It seems like yesterday when a hearse slowly circled the famed pavement of Indianapolis Motor Speedway. Snow fell on the yard of bricks as John Andretti, who died after an extended battle with colon cancer, on Jan. 30, 2020.

Andretti lived adventure after adventure during his 56 years on this earth. He was constantly known as one of the brightest faces in all of racing, and arguably, the most diverse racecar driver to live.

The son of Aldo Andretti, legendary racer Mario Andretti’s twin brother, raced in just about anything he could. John loved being in a racecar, no matter what it looked like. With stints in everything from the IndyCar Series to NASCAR, NHRA and even IMSA, his professional career spanned from 1987 until 2011.

But in 2017, Andretti was diagnosed with stage IV colon cancer, which meant the cancer cells had spread to other organs. He was quite vocal about his diagnosis, especially on social media, starting the hashtag #CheckIt4Andretti as he wanted people across the globe to make sure they knew how to get checked for colon cancer.

Racer: John Andretti, penned by American motorsports author Jade Gurss, is Andretti’s autobiography. Told in his own words to Gurss prior to his death, Andretti knew his legacy would not be forgotten.

“John was a brilliant storyteller,” Gurss said of when he first met Andretti in 2004 while working as Dale Earnhardt Jr.’s publicist. “He remembered everything. I was following his battle with cancer, and I wish I thought about it earlier. In late 2018, it struck that here’s a guy who has a great story to tell.”

And a great story it is. Andretti immediately jumped at the idea to pen a book and spread awareness about colon cancer.

“He had a charity, Race for Riley, which raises money for the Riley Hospital for Children in Indianapolis,” Gurss said. “Our agreement with the Andretti family was 10 percent of the proceeds of the book would go to the hospital.”

When the duo sat down to begin the book, Andretti’s health started to decline. Gurss wanted to get all of the information he could, but also make sure it didn’t take up much of Andretti’s time. And he noticed that sharing stories from his life actually cheered him up in the middle of hefty cancer treatments.

“He’s one of the most versatile racers ever,” Gurss said. “Those are the stories that are in there. But the most consistent trend from the first page to the last is about his love for family and friends. It gives a great perspective of how he viewed life and how he handled very serious cancer.”

Andretti was the first racer to ever compete in what became known as “the double.” He first did the Indy-Charlotte double in 1994, competing in the Indianapolis 500 for AJ Foyt and finishing 10th. Then, he hopped on a helicopter, making it to Charlotte Motor Speedway in time for NASCAR’s longest race, the Coca-Cola 600. But the Billy Hagan entry blew an engine after 220 laps. The trend Andretti started would later be continued by only Robby Gordon, Tony Stewart and Kurt Busch.

But off the track, Andretti had the same drive to succeed that he did on the racetrack.

“He didn’t just donate money,” Gurss said. “He was personally active in events and fundraisers. He spent a lot of time at the children’s hospital with the children. He realized that when he got sick that these kids influenced his way of thinking. He had more acceptance and more strength to deal with it because of all the work he did for the previous 25 years.”

The 256-page book, published by Octane Press, also features a special foreword by four racing legends. Foyt, Mario Andretti, Richard Petty and Michael Andretti each penned a foreword for this special book, contributing special memories of what John did for them personally.

“It gives a special insight to John and his life,” Gurss said.

The 4 Ps of Marketing: A Step-by-Step Guide (With Examples)