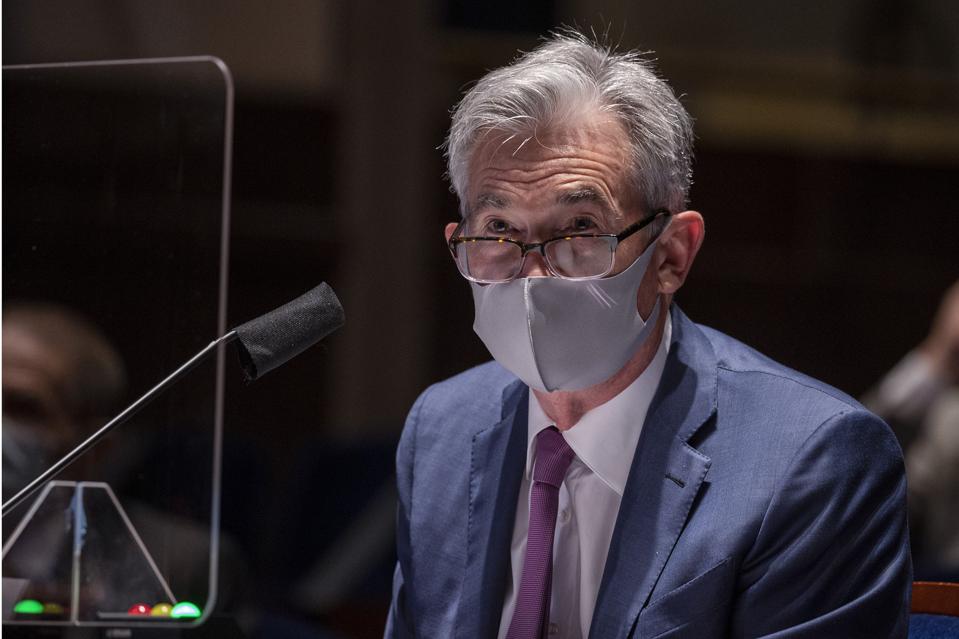 In his prepared testimony, Secretary Mnuchin said he expected economic conditions to “improve significantly” in the second half of the year.

Mnuchin also reiterated his commitment to working with lawmakers on the next round of stimulus legislation, which he said he hopes will pass by the end of July.

Chair Powell took a more measured approach, noting that some economic conditions have improved—the U.S. added jobs in May, for example—but underscoring that unemployment and output still remain well below pre-pandemic levels.

“The path of the economy is highly uncertain,” Powell said; he also acknowledged that full economic recovery won’t be possible until the virus is under control and people are confident that it is safe to resume normal activities.

Both officials also faced questions about how their agencies might offer solutions to systemic racism and inequality across the country, especially with regard to minority business owners left out of relief efforts.

“We need to all do a better job of making sure that we have sources of funds for those businesses,” Mnuchin said.

In a separate hearing before the Senate’s health committee on Tuesday, Dr. Anthony Fauci said that he is “very concerned” about the sharp uptick in coronavirus cases—some 40,000 new cases per day—across the United States. “We’re going in the wrong direction,” he said, indicating that he wouldn’t be surprised if new cases rise to 100,000 per day.

With new coronavirus infections spiking across the country, and as states begin to pause or walk back their reopening plans, several key provisions of the CARES Act are set to expire. The Paycheck Protection Program—a facility intended to prop up small businesses with forgivable loans during the worst of the pandemic—will close its application window on Tuesday after three months of operation, and the extra $600 per week in federal unemployment benefits will run out on July 31. Lawmakers have said negotiations related to another stimulus package will resume in July, though the Senate is still scheduled to take its two-week Fourth of July recess.

Here’s What’s Really Going On With That Second Stimulus Check: Trump Is On Board, But Republicans May Not Be (Forbes)

English Housing Market Opens For Business, But How...