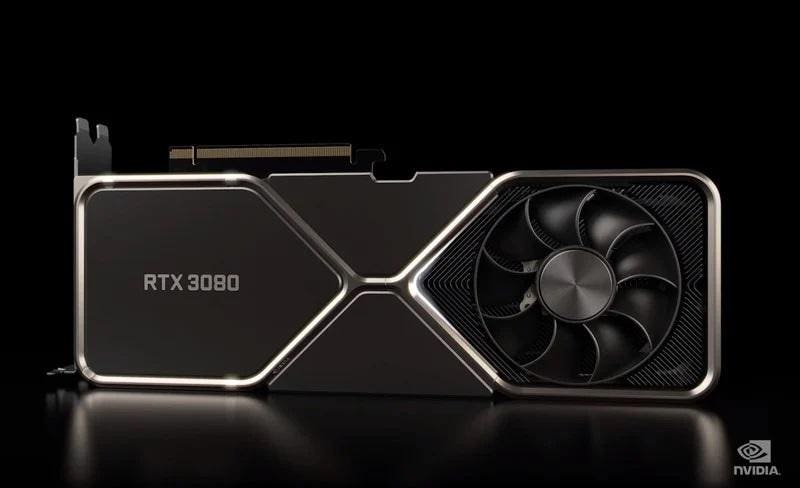 If you hoped to get yourself a brand new shiny graphics card or a next-gen console this week, you were very likely disappointed.

Nvidia opened pre-orders for the new RTX 3080 on Thursday and the graphics card—which outperforms the top RTX 20XX series despite its mid-range pricetag—sold out instantly.

Online retailer Newegg said it experienced heavier traffic than on Black Friday, and that the limited supply sold out in five minutes. The retailer also claimed that the orders were all human rather than bot:

But bots did play a significant role in the shortages. As PCMag reported, resellers made use of bots to snatch up dozens and dozens of RTX 3080 units each. These cards are now on sale on eBay for hundreds or thousands of dollars more than MSRP.

“To stop bots and scalpers on the Nvidia store,” Nvidia said in a statement, “we’re doing everything humanly possible, including manually reviewing orders, to get these cards in the hands of legitimate customers.

“Over 50 major global retailers had inventory at 6am PT. Our Nvidia team and partners are shipping more RTX 3080 cards every day to retailers.

“We apologize to our customers for this morning’s experience.”

Bot software is sold as a subscription service to resellers, who then join “cook groups” on Discord to help coordinate the snatching up of high-demand items. This practice began largely with sneakers, but has become more and more common with video games and hardware, including the Nintendo Switch and games that require gadgets like Ring Fit Adventure.

Sony fans encountered a shockingly similar issue when pre-orders for the PlayStation 5 went live—all of a sudden—a day before they were supposed to.

Sony unveiled the PS5’s price on Wednesday and said that pre-orders would go live “as early as tomorrow.” And then, retailers opened pre-orders all of a sudden without any warning whatsoever right away.

I was playing Crusader Kings III on my PC when PS5 pre-orders went live, and missed out entirely. By the time I was clicking on GameStop, Best Buy and Target pre-order links it was too late. I managed to add a PS5 to my cart at both GameStop and Best Buy but neither site actually let me check out. C’est la vie.

I was far from alone in this. Once again, resellers and limited supply conspired against consumers, as did the sudden and early opening of the flood-gates. Microsoft was quick to cast shade at Sony:

Still, even with an exact time and date for pre-orders for the Xbox Series X and Series S, resellers and their bots could make it difficult for legit consumers without more efforts to ensure that humans are the only ones buying the next-gen consoles. (Truly, we are at war with the bots now—it’s basically Terminator or West World in real life!)

Now RTX 3080 cards and PS5 consoles are reselling on eBay for ridiculous amounts of money and we, dear readers, must not capitulate. Resellers wouldn’t be in this business if people like you and I didn’t buy from them. As with the shortage of Nintendo Switch units, the best way to respond to this nonsense is by not opening your wallet and exercising patience. At the very least, resellers would be forced to sell for MSRP or get stuck with a bunch of expensive hardware they can’t offload instead of making a bunch of money by doing literally nothing.

Hopefully Sony and Nvidia and the respective retailers peddling these products are able to go back and figure out which orders were placed by bots and cancel them, freeing up supply for normal people at actual prices. Retailers like Amazon need to be better about ensuring this doesn’t happen in the first place, though Amazon is a hotbed for price gougers as well—another issue the company should deal with rather than turn a blind eye to.

A combination of limited supply (at least partly due to the manufacturing and supply line issues created by the global coronavirus pandemic), bots and price-gouging resellers, and huge demand created the perfect storm for both the RTX 3080 and PlayStation 5. Demand for the RTX 3080 is higher also thanks to crypto-miners who use these cards to mine Bitcoin, Ethereum and so forth.

We’ll keep you posted as more supply pops up as we’ll be keeping a very close eye on PS5, Xbox Series X/S and RTX 30XX series cards here at Forbes Games. You can also follow me on Twitter, Facebook, Instagram, or YouTube. Thanks for reading!