Breaking
The Ultimate Guide to Saving Money
Lights, Camera, Action—Is There A Post-Covid Future For...
7 Ways to Reduce Human Errors in Your...
How ‘Couples Therapy’ Used Technology To Cope With...
Can You Settle Your Student Loans Or Negotiate...
How to Use Amazon Attribution For Ad Campaigns
What are the Makings of a High-Quality Link?
How To Quickly Start And Scale Your Business
Terra Virtua: What NFTs Can Teach Us About...
5 Easy Steps To Prepare Content For E-A-T...
Physical Inactivity Linked To More Severe Covid-19 Infection...
The 2021 Estimated Tax Dilemma: What Tax-Return Pros...
Want To Digitally Transform Your Business? Start With...
How to Optimize Google My Business and Leverage...
Debunking Link Building Myths in 2021
How, When And Where You Can Gaze At...
Home Technology President Trump Said He’s Considering Defunding The World Health Organization Over Coronavirus Response
Technology 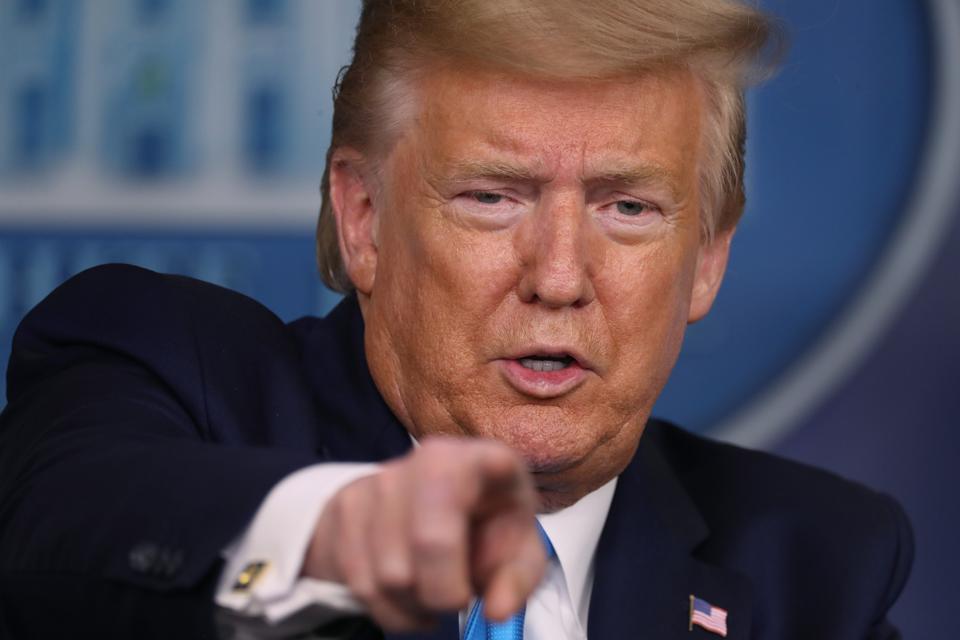 WASHINGTON, DC – APRIL 07: U.S. President Donald Trump speaks with reporters following a meeting of … [+] the coronavirus task force in the Brady Press Briefing Room at the White House on April 7, 2020 in Washington, DC. The president today removed the independent chairman of a committee tasked with overseeing the roll out of the $2 trillion coronavirus bailout package. (Photo by Chip Somodevilla/Getty Images)

Topline: President Trump, during the prepared statements portion of his Tuesday press briefing, said the United States would put a hold on its funding for the World Health Organization because “they called it wrong” and have a, as he claims, bias for China. Later during the Q&A portion, he softened that position to say the administration would look into it.

Tangent: In February and early March, as European countries and some parts of the U.S. such as the Seattle area reported rising infections and imposed social distancing restrictions, Trump repeatedly downplayed the severity of the impending crisis. “When you have 15 people, and the 15 within a couple of days is going to be down to close to zero, that’s a pretty good job we’ve done,” Trump said on February 26. Trump has put the blame on the Chinese government for not sharing how devastating the coronavirus had become. At Tuesday’s briefing, Trump also said he only just recently saw a memo from his trade adviser Peter Navarro that was shared with the administration in late January that warned the outbreak could cost trillions of dollars and spread to millions of citizens.

Key Background: The U.S. leads the world in confirmed cases of the coronavirus with 387,547, more than the trailing Spain, Italy and France combined. Mortality rates have been lower than Italy and Spain but currently stand at 12,722. The first report of an American contracting the coronavirus occurred on January 21 in Washington State.

As The U.S. Prepares For COVID-19 Disinformation Stokes Panic And Discord