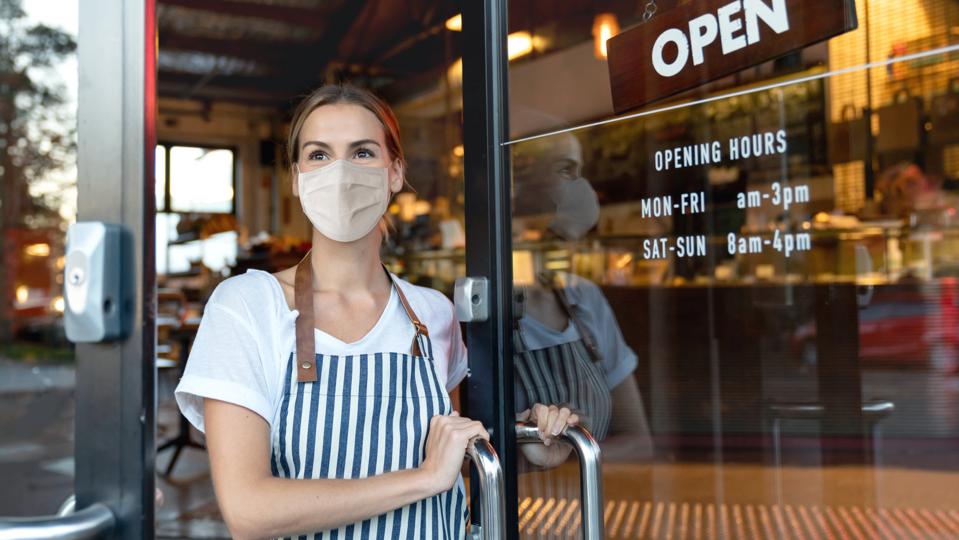 Small-business owners now have more time to spend their PPP loans and face fewer restrictions on how … [+] they use the money.

If your small business won some of the billions of dollars in Paycheck Protection Program (PPP) loans, you now have longer to spend the money. It’s also easier to convert that loan into a grant so you won’t have to repay it.

President Trump on Friday signed into law the Paycheck Protection Flexibility Act, which smooths the path for small-business owners to qualify for loan forgiveness. The House of Representatives last month approved the legislation after business owners complained about spending requirements forcing businesses to use 75% of the loan on payroll. The Senate approved the measure by unanimous voice vote earlier this week.

“The No. 1 ask was extending the PPP for 24 weeks, and this legislation delivers on that,” Kevin Hasset, a senior economic advisor to the White House and former Chair of the Council of Economic Advisors, said Friday during a Rose Garden press conference.

Most businesses that have received PPP funds are in the middle of or nearing the end of their eight-week loan forgiveness period, According to a survey by the National Federation of Independent Businesses. Owners had complained the original loan forgiveness terms were both too narrow and difficult to implement.

Of those who have received funds, the NFIB survey revealed that about 20% of borrowers found it challenging to rehire employees who didn’t want to return to work amid fears of falling ill or because their unemployment benefits were more than their work wages. And in some cases, a sharp decline in patronage made it unnecessary for some businesses to fully re-staff within an eight-week window.

“These are the types of changes that everyone has been calling for and are basic pragmatic things,” says Amanda Ballantyne, executive director of The Main Street Alliance, a small-business advocacy group.

The original PPP program was launched on April 3. It allocated $349 billion in assistance to small businesses, but the program ran out of funds in just 13 days. Further legislation earmarked an additional $310 billion for PPP funding, along with further clarifications on how the money can be used in order to qualify for forgiveness.

Along the way, there have been questions and criticisms about how to interpret some of the requirements for loan forgiveness. Someone who doesn’t meet the criteria for forgiveness is now required to pay back the loan at a 1% interest rate within five years. Prior to the passage of the Payroll Protection Flexibility Act, a borrower was required to pay the loan back at a 1% interest rate after two years.

Since its rollout, the execution of the PPP program has been plagued by glitches, including loans being made to several publicly-traded companies who may have been able to generate cash through other means, an overloaded application site and most recently the revelation that some applicants mistakenly received loan funds more than once.

How This May Affect Small-Business Owners

Staying up to date on the latest rules has been dizzying, with multiple amendments and clarifications to the original PPP rules released since the program’s inception.

“It takes time for a business owner to get up to speed on the changes.” says Gregory Fryer, partner at New England-based law firm Verrill Dana LLP and co-author of several papers on how to interpret the PPP guidelines.

There’s also no single clearinghouse containing all of the most-up-to-date information, which further hampers owners’ ability to understand the changes. Most of the details can be found by combing through a combination of the latest legislation and via the FAQ page on the website of the Small Business Association, which administers the program.

For those who use payroll companies, filing for forgiveness may be a bit easier, as those companies can provide the highly detailed documentation and information required for a PPP loan to turn into a grant. But those who do their own bookkeeping may find it challenging to get all the details right, Fryer says.

“On the forgiveness application, there’s a lot of math there, it’s intricate. It’s up there with some of the most complicated schedules on tax filings,” Fryer says.

‘What’s Good For GM Is Good For America’—What Should You Do During A National Crisis?

Hold The Applause For The Rising Market: Earnings...