Breaking
Looking To Improve Efficiency In Your Business? Here’s...
AI and machine learning for business
How Social Media Changed the World
Shopify: The Pros and Cons
Should your business go green?
Expanding Your Business Into Spain: What You Need...
Essentials For Your Office Coming Out Of COVID-19
What Can Marketers Learn From Digital Cults?
Why NASA’s James Webb Space Telescope Will Never...
Increasing HR Effectivity and Efficiency through Software Solutions
The Difference Between Building A Startup In Bull...
Fluor Corp Ranked Among Today’s Top Shorts
Common Pitfalls to Look Out for When Buying...
Will the Olympics go ahead this year?
Pack Up the Big Top: Insights from MozCon...
Best WordPress Themes for Blogs
Home Business Presidential Taunts About “Fake News” Bother Many In The Media, While Major Newspapers Continue To Publish Blatant Falsehoods About U.S. Education Spending
Business 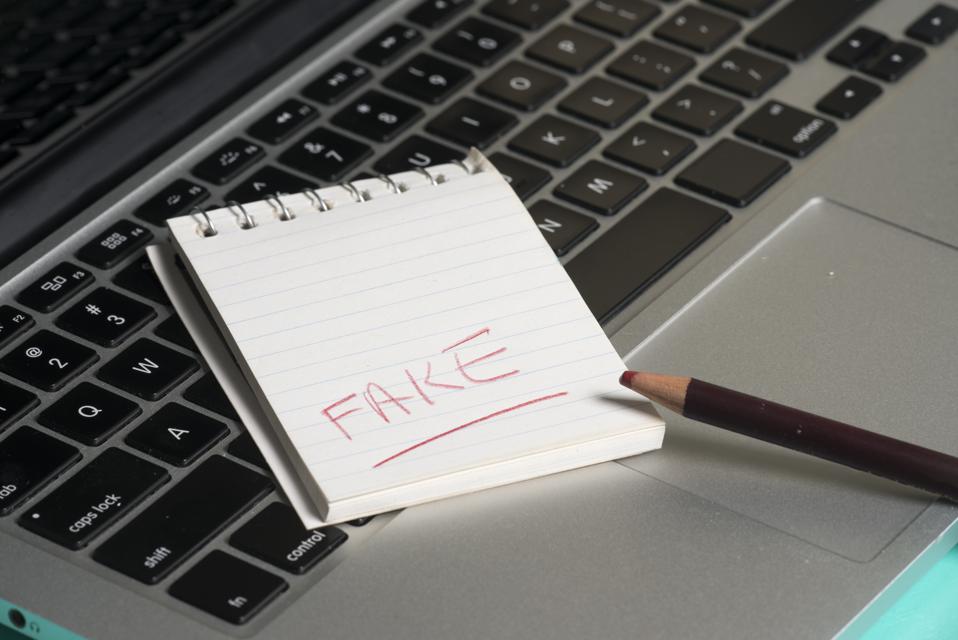 Some members of the media expressed concern this past week about rumors that the Trump administration would be changing policy so that press would no longer receive an advance copy of Department of Labor economic data before it is released to the public. Those rumors turned out to be unfounded, as the the Department of Labor announced on Thursday, January 16, that it would be changing policy on how data is released, and that change is limited to the prohibition of computers from the secure room in which reporters receive advance copies of labor department reports, not an end to that advance access.

The concern about losing advance access to economic data, unfounded as it turned out to be, comes at a time when multiple major media outlets have been busy demonstrating that they have issues when it comes to accurately reporting on basic government data that was released long ago.

Robert C. Pianta, the dean of the University of Virginia Curry School of Education and Human Development, authored a December 10 Washington Post op-ed claiming that U.S. public school funding has “decreased since the late 1980s.” The problem for Dean Pianta and Washington Post readers, as the Cato Institute’s Corey DeAngelis was quick to point out, is that the opposite is actually true. Education funding at all levels of government has increased even when adjusting for inflation, not decreased.

Thanks to DeAngelis’s work and vigilance, the Washington Post ultimately issued the following correction, which now prefaces Dean Pianta’s article.

Correction: An earlier version of this piece stated that, adjusting for constant dollars, public funding for schools had decreased since the late 1980s. This is not the case. In fact, funding at the federal, state and local levels has increased between the 1980s and 2019.

Some have criticized the Washington Post for taking more than a week to correct what was a blatant and easily verifiable falsehood, one that was central to the arguments made in Dean Pianta’s article. Others have wondered why official fact checkers were nowhere to be found and that it was up to Reason Foundation’s DeAngelis to correct the record. Reporters for Politifact, rather than call out and correct this blatant lie about education spending that was published in the Washington Post, were busy during this time “fact checking” a congressman who said that “Pontius Pilate afforded more rights to Jesus than the Democrats have afforded this president in this process.”

The Washington Post even has its own in-house fact checker. Since the correction overturned the central premise of Dean Pianta’s op-ed, some have argued it would’ve made more sense for the Washington Post to retract Pianta’s piece entirely.

“The false claim was key to the op-ed’s argument that we need to make a course correction,” Ramesh Ponnuru writes. “Without it, the op-ed is left arguing that more spending would turn things around while quietly conceding that we’ve already tried it and it hasn’t yielded promising results.”

Following that Washington Post correction, it would be only a matter of days before DeAngelis would once again find himself forcing a major newspaper to correct a false claim about public education spending in the U.S.

Philadelphia Inquirer reporter Juliana Feliciana Reyes wrote a December 23 article claiming that U.S. public education has “seen drastic cuts to funding over the last few decades.” Mr. DeAngelis, once again, was quick to correct the record in a series of tweets about Reyes’ incorrect reporting on U.S. education spending.

It didn’t take the Philadelphia Inquirer as long to correct this clear falsehood as it did the Washington Post, but it did take multiple corrections to get it right. First the Philadelphia Inquirer changed Reyes’ claim about drastic education spending cuts over the last few decades to make it so that sentence was only referring to the last decade. Yet that was still false, as DeAngelis pointed out:

The Inquirer then made a subsequent correction that made it so Reyes’ article no longer contained false information. The corrected version now concedes that public education spending has been increasing in real dollars over the past decade.

It’s not only academics and education reporters who are spreading a false narrative about education spending in the U.S. Earlier this year Ray Dalio, founder of Bridgewater Associates, one of the world’s largest hedge funds, lamented during an appearance on CNBC’s Squawk Box that there is “financial starvation” occurring in U.S. public education. As this author pointed out at the time about Dalio’s remark, U.S. public schools, in Dalio’s home state of Connecticut and elsewhere, are not remotely close to experiencing “financial starvation,” as Dalio describes it.

In fact, as DeAngelis has repeatedly pointed out with his recent fact checks, the actual numbers show the opposite, with states going on what could more accurately be referred to as a financial bender. Over the last decade state spending on K-12 education in Dalio’s home state of Connecticut, rather than being “starved,” actually increased in inflation-adjusted dollars during a period during which Connecticut’s population actually shrunk, the result of thousands of families moving to states with lower tax rates, less burdensome regulatory regimes, and more job opportunities.

False statements about government education spending are nothing new. False claims that public education funding is being “starved” have been repeated in elite circles for years. The economist Dan Mitchell called out the New York Times back in 2012 for printing the same incorrect assertion about imaginary cuts to public education funding that were recently repeated and ultimately corrected in the Washington Post and Philadelphia Inquirer. The author of that fact-challenged 2012 New York Times piece has gone on to become Canada’s deputy prime minister.

Dalio, Dean Pianta, Canada’s deputy prime minister, the Philadelphia Inquirer, and New York Times are not the only ones spreading a story about education spending in the U.S. that simply isn’t supported by the numbers. During a presidential campaign stop in South Carolina earlier this year, Senator Cory Booker (D-N.J.) claimed that “savage cuts” have been made to public education spending in South Carolina. As is the case in Connecticut, Pennsylvania, and other states, the actual spending numbers in South Carolina show the opposite to be true.

“There is a lot of room for debate about education spending. But there is no excuse for getting basic verifiable facts about real spending trends completely backwards,” DeAngelis said. “Journalists and editors should check these basic facts before publication. And education scholars should know better.”

Many members of the press don’t like it when the President, his supporters, or anyone else derides certain media outlets or personalities as “fake news.” If members of the media want such criticism to cease or at least wane, major outlets like the Washington Post and Philadelphia Inquirer need to better police their own practices and stop providing so much ammo for the aforementioned criticism.