Breaking
Channel Your Impact With a Self-Directed IRA
How To Reach Your Customers This Holiday Season
TikTok Will Limit And Label Videos Prematurely Claiming...
How A British Graphic Novel Publisher Is Leading...
Dow Plunges 600 Points On Third Day Of...
According To A New Study, Patients Are Texting,...
How To Keep Your Digital Media Assets Secure
Be Better At Building Your Team
Saying No In Order To Grow
Sherwin-Williams Stock Is Unlikely To Sustain Its Current...
How Successful Entrepreneurs Use The Law Of Attraction
Elon Musk’s Economics 101 Course For Japan
Raoul Pal: Gold Investors “Will Flip To BTC”...
Dating Site Takes On Social Media Dangers Of...
Trump Campaign Website Hacked In Cryptocurrency Scam
How To Reduce The Stress Of Loneliness–9 Tips
Home Business Presidents Cup 2019: Jason Day Withdraws, Els Tabs An To Replace Him
Business 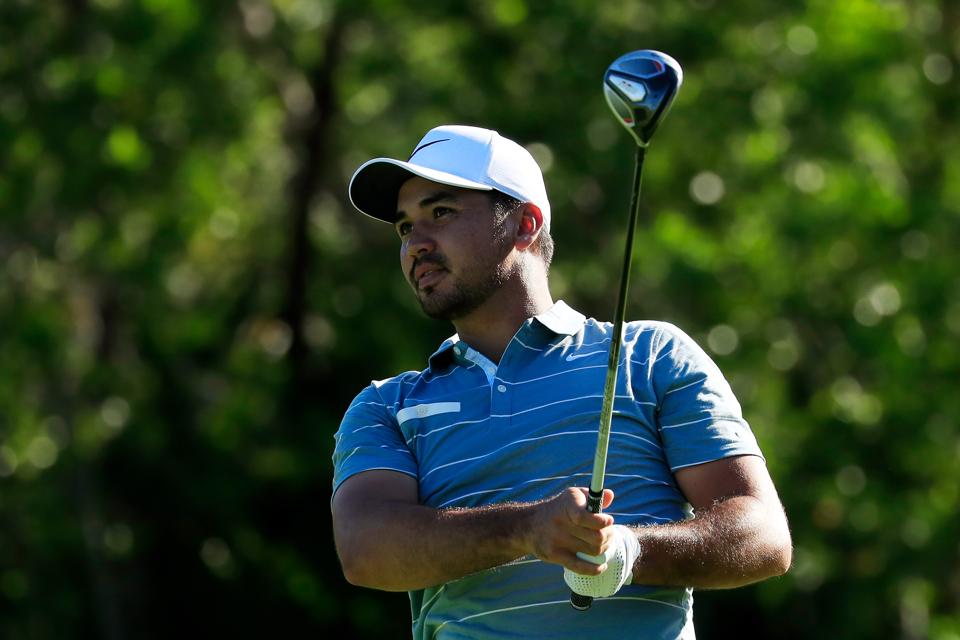 PLAYA DEL CARMEN, MEXICO – NOVEMBER 16: Jason Day of Australia plays his shot from the 16th tee … [+] during the second round of the Mayakoba Golf Classic at El Camaleon Mayakoba Golf Course on November 16, 2019 in Playa del Carmen, Mexico. (Photo by Cliff Hawkins/Getty Images)

Jason Day withdrew from the Presidents Cup earlier today, citing a back injury he aggravated last week while practicing in Palm Springs.

Day was one of four Australians set to represent the International team in his native country next month when the biennial matches between the top 12 golfers from the United States and the top 12 from everywhere but Europe meet at Royal Melbourne, one of the top 10 courses in the world.

Replacing him on the team is Byeong Hun An, who is winless in 103 PGA Tour starts, but has emerged as one of the most consistent players in the game. He’s been on form this fall with three top-10 finishes and ranks 16th in the FedEx Cup standings.

“The good news is that there were a number of strong and qualified players available to choose from when I made my captain’s selections,” International captain Ernie Els said. “To have someone as steady and talented as Ben An puts us in a great position to succeed. Ben played extremely well this fall and throughout the year and he will fit in nicely on this team.”

Day’s departure leaves three Australians on Els’ roster – Adam Scott, Cameron Smith and Marc Leishman while An becomes the International squad’s seventh rookie. The Americans have dominated the matches, winning 10 of the 12 meetings. The International side’s lone victory came in convincing fashion at Royal Melbourne in 1998.

Tiger Woods is the United States’ playing captain and he’ll miss one of his top stars, reigning two-time PGA champion Brooks Koepka, who is out with a knee injury.

Day, 32, has a history of back trouble and various injuries and ailments have kept him out of competition throughout his career. At his best, Day won the 2015 PGA Championship with a record 20-under total and reached No. 1 in the world.

Despite the frequent absences, Day has earned more than $45 million in 255 PGA Tour events with 12 victories with eight in 2015 and 2016. In the first half of 2019, healthy again, he reclaimed his place among the game’s elite, winning the Wells Fargo Championship and Farmers Insurance Open, and finishing runner-up at the AT&T Pebble Beach Pro-Am. He was 16th in the FedEx Cup standings.

Day has won the WGC-Accenture Match Play Championship and his success in the format was expected to be a leader on an International team that includes seven rookies.

The Presidents Cup is Dec. 12-15 at the composite course at Royal Melbourne, which combines the best holes on the East and West layouts, designed by architect Alister MacKenzie, who was also responsible for Augusta National Golf Club, home of the Masters and Cypress Point.