Breaking
Poland’s Prime Minister Supports Abortion Ruling, Calls For...
Is A Major IRS Crackdown On Partnerships Looming?
Why You Shouldn’t Worry About PPP Loan Forgiveness...
Don’t Get Out: How To Groom The Next...
The ‘OREOA’ Method: How To Turn An Unhappy...
Protecting Students From Financial Aid Fraud Should Be...
The Top 10 Communication Lessons An Entrepreneur Can...
Women Make Strides In Business Ownership—And Find New...
How To Scale Your Business In Tough Times
New U.S.-Greek Science Technology Agreement Sets Framework For...
Tuesday’s Google Celebrates Stamen Grigorov, Who Discovered The...
How To Have Conversations That Change The World:...
DOL Claimed Need To Keep H-1B Visa Rule...
Zoom Enters Perilous New Growth Phase
Amy Coney Barrett Can Kill Obamacare But Here’s...
Apple’s iPhone SE Beats iPhone 12 Mini With...
Home General President’s Remarks About COVID-19 At First Debate True To Form And More
General 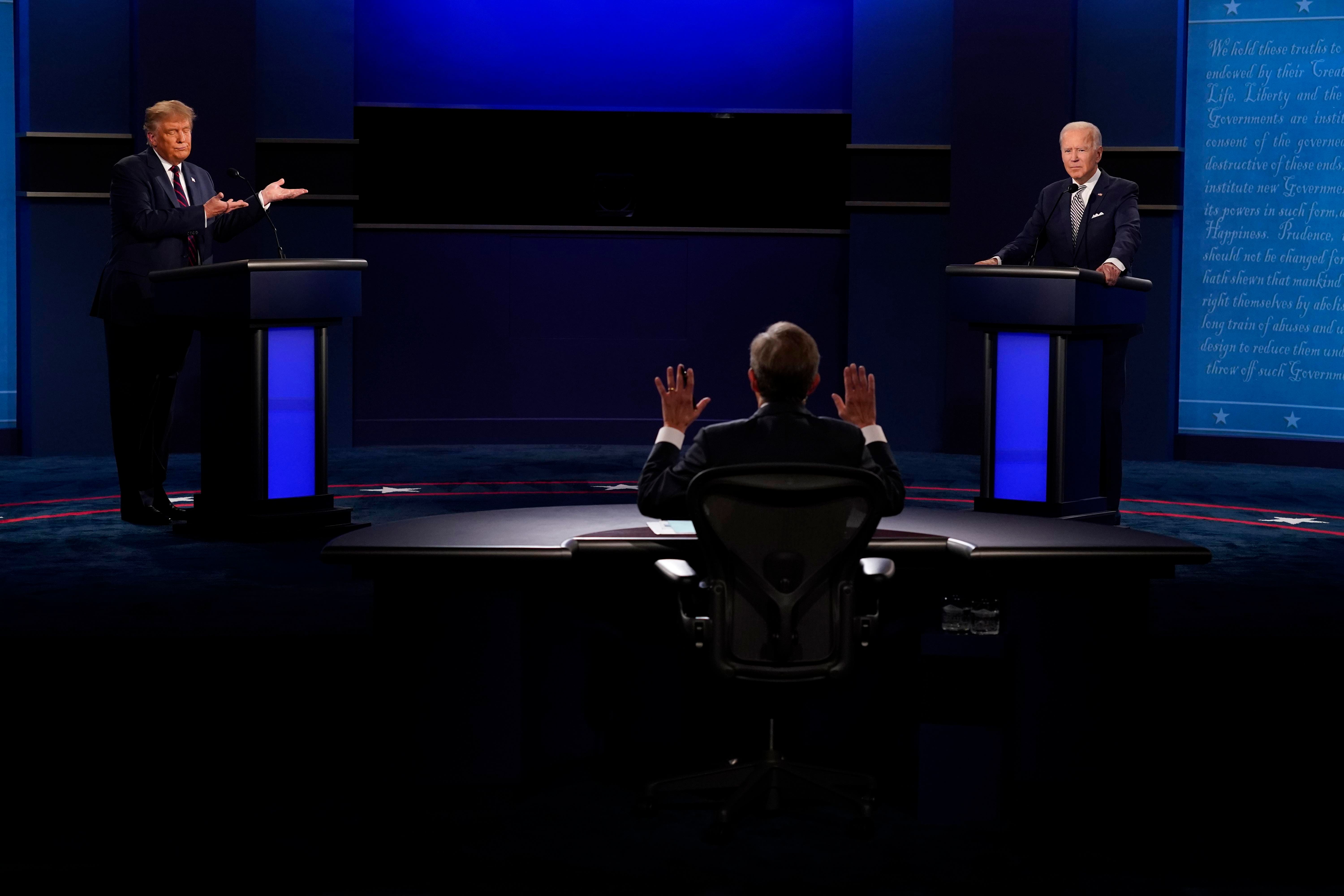 Listening to the presidential debate last night, nobody should have been surprised to hear that President Trump’s main message about managing COVID-19 in the U.S. was to downplay the number of deaths, downplay the need for mask wearing, and to encourage the country to move forward as normally as possible.

The president’ remarks fit a pattern about which I have been blogging since early March. In this post, I want to review the key points from my past posts, in order to highlight important themes in this pattern, and then offer a few remarks about what the pattern suggests is coming down the line.

On March 2, I wrote that the U.S. was infected with “coronavirus politics.” By coronavirus politics, I mean that the country is headed by a leader who does not want to hear bad news about the virus, and seeks to downplay its significance, in his own remarks, and in the remarks of others, especially those he can influence directly. Readers interested in how that characterization has played out over the ensuing months can consult, for example, media articles about the White House’s attempt to control scientific information emanating from the Center for Disease Control (CDC).

On March 29, I wrote that the president’s eagerness to lift measures that were mitigating the spread of the virus raised the risk that the number of deaths from COVID-19 would rival those from the Spanish Flu a century earlier. Hours after I posted this piece, the president announced that he would delay the date he had set earlier for reopening the economy. In the president’s press briefing, White House coronavirus task force member Dr. Deborah Birx provided a range of 100,000 to 200,00 for eventual U.S. deaths from the pandemic. In the first week of April, Dr. Anthony Fauci, one of the most respected and best known medical experts on infectious diseases, and also a coronavirus task force member, stated that total deaths might even be lower, at 60,000. Still, on July 15, Dr. Fauci said that deaths from COVID-19 could end up being comparable those from the Spanish Flu.

On April 5, I blogged that the key to returning the economy to normal was to control the transmission of the virus. On July 29, the Wall Street Journal ran an article explaining why the Federal Reserve would not be able to fix the economy, without the country being able to reduce virus transmission severely.

On April 18, I reminded readers that on March 29 the White House had highlighted projections of COVID-19 cases and deaths from the Institute of Health Metrics and Evaluation (IHME) at the University of Washington as having produced an analysis of the pandemic that was very similar to its own. In this article, I criticized the IHME’s projection that the total number of U.S. COVID-19 deaths would be around 60,000, and its projection that the pandemic would be fully contained by August 4. In the article, I reviewed key features of epidemiological theory, which suggested that the pandemic would last between one year and three years, and would result in total deaths lying in the range 500,000 to 1.5 million, depending on the country’s response. At the end of September, total deaths have passed 206,000 and the pandemic continues unabated. The IHME now states that by year end, the pandemic will be half over, at best.

On July 5, I used the revised IHME projections to offer a perspective on what to expect after the July 4 weekend. The revised IHME projection from May was remarkably accurate in predicting total deaths by July 4. I suggested at the time that there was reason to have confidence in its short-term projections, but not as much for its longer term projections, then made for early October. Most importantly, in early July the IHME offered several projections, conditional on how diligent Americans would be in observing social distancing, and whether the country would comply with a policy of universal mask wearing. The IHME’s analysis suggested that the benefits from a universal mask policy were large. On August 17, Dr. Birx stated publicly that she wished the U.S. would have followed stronger lockdown measures, noting that “Americans don’t react well to that kind of prohibition.”

The pandemic patterns about which I wrote in my past posts have been borne out by events. This observation provides, I suggest, some credibility in extrapolating the pattern to anticipate what is coming down the line.

Here we are now at the end of September. Far from instituting a universal masking policy, the president indicated in the debate last night that he is tolerant of mask wearing, and even carried one in his pocket. Being tolerant in this context is being lukewarm at best, and in the past the president has been derisive of people wearing masks.

The costs of a universal making policy are minor in physical terms; and the benefits are high. However, the symbolic costs are apparently high, for those who view the policy philosophically as a loss of freedom.

Saving half the lives that would otherwise be lost strikes me as a small price to pay, in some loss of freedom. However, those opposed to universal mask wearing do not argue that they are placing individual freedoms over the saving of lives. Instead they put forward unfounded theories, for example that the country is turning the corner on the pandemic, owing to immunity from other coronavirus variants such as the common cold. This immunity, they suggest, has taken the country to the point of herd immunity now. Dr. Christopher Murray, the director of the IHME, calls this idea “nonsense.”

The odds are high that Dr. Murray is correct. Psychologically, I am inclined to view the unfounded herd immunity theory as self-deception, a device to help those who share the president’s view do not have to look at themselves in the mirror and accept that the policies which they support will lead to major and unnecessary loss of life.