Breaking
What do we mean by a ‘regulated’ online...
Why Communication Is So Powerful In The Age...
OpenSooq, The Best Website to Buy Used Cars...
Hot Tips to Reduce MacBook Pro Fan Noise
How to Make the Most Out of Your...
7 Examples Of Using AI For SEO
How to Launch a New Restaurant Business
Start the Year Debt Free
How to clear a browser cache on a...
Which are the best software providers of slots...
How Investing Can Help You Save For Retirement
Key Software Tests to Conduct Before Product Launch
Why so many people play slots online in...
Why businesses should prioritise Cyber Security
What You And Your RTO Business Need To...
4 SEO Trends for Websites You Should Not...
Home Business Pressing Reset—Putting A Fallen Unicorn Back On Its Feet
BusinessEntrepreneurshipStart Ups

Pressing Reset—Putting A Fallen Unicorn Back On Its Feet 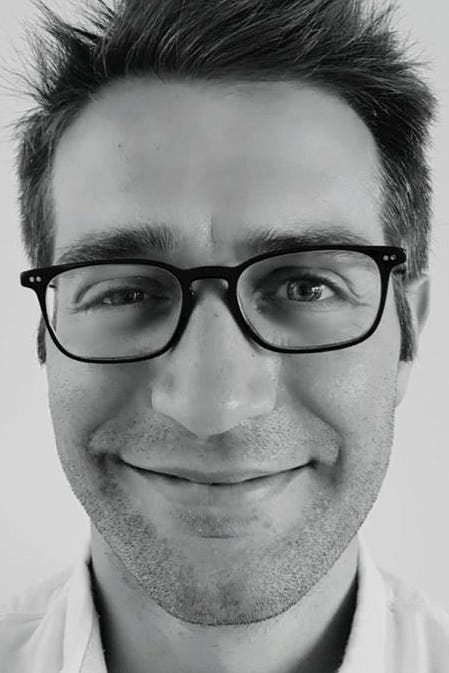 Cast your mind back to the middle years of the last decade. Back then, unicorn technology companies were as rare as hen’s teeth in the British Isles. Although not exactly mythological beings – $1 billion dollar businesses did exist – they were hard to find.

VE Global was an exception. Founded in 2009, the company supplies the e-commerce industry with revenue optimization solutions. In plainer English that translates as a Digital Assistant designed to improve customer engagement and drive sales. Back in 2016, the company was considered one of the shining stars of the British technology sector. Employing more than 800 staff, at one point it had a valuation of around $1.5 billion. The future looked bright.

But just a few months into 2017 it became apparent that all was not well. In March the business fell into administration and was bought out for just £2 million by investors. In the months that followed, VE secured additional in equity investment and went on to make a number of acquisitions. However, it continued to make a loss. In accounts published 2019 – the company revealed a deficit of around £18 million for the previous year. Since then things have been slowly moving in the right direction. 2019’s figures have yet to be filed but the company says losses for that year fell to £12m, and then to £5.5 million in 2020. A small loss is predicted for 2021 but the second half should be profitable.

Fast forward to the present day and I’m on a video call with Jack Wearne, the latest CEO of a company that, on his own admission, has had to recalibrate expectations in order to carve out a viable future. As he cheerfully – or reasonably cheerfully – acknowledges – he is not the first person to don the mantle of CEO administration, something that might indicate a less than smooth commercial journey. Nevertheless, Wearne says the business is now in positive territory for. I’m keen to talk to him about the challenges of turning round a one-time unicorn.

The VE Global of today is a very different beast from the 2016/17 unicorn. For one thing, it is smaller. A payroll of 800, fell to around 400 and today the figure comes in at around 120. It has also pared back some of its 360 degree customer service ambitions.

“We had a land and expand strategy,” explains Wearne. “But that meant that the business was really fragmented. Over the past two years, we’ve been focusing on what the company does best.”

As Wearne defines it, that has meant concentrating on tools designed to make online shopping “effortless” and create an in-store experience online.

As he confirms,  this has not been an easy experience. Rationalizing a business is one thing, carrying managers, staff and investors along with the process is quite another. When a business has been in the happy position of expanding rapidly, an equally rapid retrenchment has a tendency to undermine confidence and morale.

Wearne’s first step was to set new expectations. “When I took over, one of the first things I said was that we needed to be realistic,” he recalls.  “We had a good product, good people, and a big market but we need to nail it  rather than thinking about how we were going to be a unicorn.”

Obtaining buy-in from staff was particularly challenging.  As anyone who has ever worked in a struggling company can probably testify,  people tend to jump ship. Often – as Werne sees it – some of the best staff leave first, creating a weakened entity.

So, the perceived danger facing VE Global was that with some of the best people gone a culture of underperformance would take hold.  Thus, the toughest part of the restructuring has been asking people who did fit in to leave to make room for new staff members, including senior managers. “Only 40 percent of people on the payroll now were in place when I took over as CEO,” he says.

Now it has to be said that job losses – no matter how and why they are implemented – look and feel pretty brutal when you’re one of those affected. So clearly, this kind of restructuring is going to be a hard sell to members of staff, with even those who retain their jobs being likely to feel insecure. Wearne describes an approach that eschews the touchy-feely in favor of the bluntly pragmatic. “I was the fifth CEO,” he says. “There’s usually a lot of “trust me” stuff when a new CEO takes over. I told people not to “trust me” but to judge me on results.”

Customers also needed attention. VE Global sells to large retailers but its sweet spot is small to medium-sized businesses – 25 to 100 employees – and particularly those that have rapid growth ambitions. Customers may not care about unicorn status, but they may well be concerned about instability.

“My approach was to talk to our customers and ask them what they wanted,” says Wearne. “As it turned out, what they  said they wanted was different from what we thought they wanted.”

Contact with clients revealed that most were looking not just for tools to facilitate e-commerce but also strategic and tactical insights. Or to put it another way, help to understand their customers and sell more to them.  As a result, providing actionable insights has become a bigger part of the VE Global offer.

Investors have stayed on board, although as Wearne says, it has been difficult investment for them. “But it been about agreeing on realistic expectations.”

Looking to the future, VE Global has targeted 300 new customers and is seeking to become a $100,000 million company, building on regular year-on-year growth.

Whether it achieves its long-term ambitions remains to be seen but the resetting of the business does illustrate a point. There are now more than 20 unicorns in the U.K., identified by Tech Nation and more in the pipeline.  This is generally a good thing, but not all will continue on a stellar trajectory and some might experience real difficulties. When a unicorn hits choppy waters, it’s not good news for investors (who stand to lose out financially) and employees. Nor does it tend to be good for founders who could well be sidelined in favor incoming CEO.

But if if investors stay on board, there is a chance to turn things round, but a focus on past valuations rather than current viability put on the wrong kind of pressure. Better perhaps to focus on making things work.