Breaking
What You And Your RTO Business Need To...
4 SEO Trends for Websites You Should Not...
3 Reasons Why Desk Booking Is Rising In...
8 Tips to Play & Win at Online...
How can software benefit facility management?
Do Professional Casino Players Pay Taxes for the...
Becoming a Trading Expert: What Is the Best...
Dos and Don’ts for B2B Organisations in 2022
Should your business be using Machine Vision?
Colour Masterbatch vs Raw Pigments – Which Is...
Keeping your business moving as you expand online
Top Four Celebrities Who’ve Invested In Cryptocurrency
Why is Cloud Computing Tipped to be the...
How to Raise Money for Non-profit Organizations in...
Choosing the right theme for your WordPress Business...
A Guide to Using Celebrities to Promote Your...
Home Business Private Jet Charter Prices Aren’t Cheap, But They Just Went Down
Business

Cheap and flying by private jet don’t generally fit in the same sentence, at least if you are footing the bill. That said, two factors are making flying privately less expensive. And when travel bounces back, more people who can afford to do so, will likely want to avoid crowded airports and dirty airliners.

Possible exposure to COVID-19 Coronavirus is 30 times lower when flying privately, according to data from GlobeAir, a European charter operator with a fleet of very light jets. 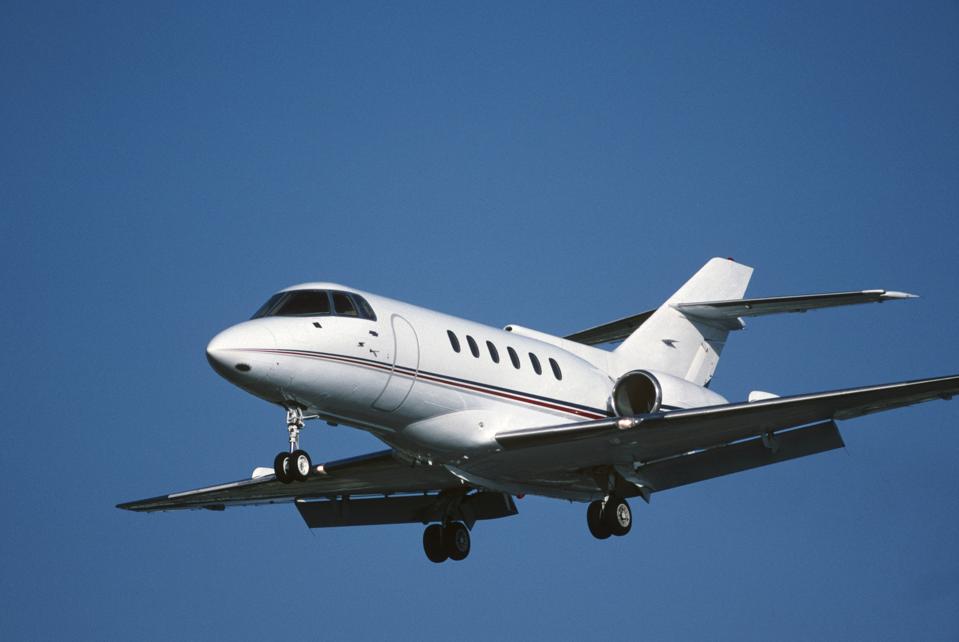 The CARES Act includes a waiver of the 7.5% Federal Excise Tax for domestic jet card and on-demand … [+] charter flights through the end of 2020. (Credit: Aviation-images.com/Universal Images Group via Getty Images)

One factor in reducing rates is the dropping cost of filling up the gas tanks. According to IATA’s Jet Fuel Price Monitor, as of April 3, North America prices were down 60.1% year-over-year and 38.3% compared to a month ago, although week-over-week they inched up by 1.4%. The recently passed CARES Act waives segment fees and the 4.3 cents per gallon portion of the fuel tax.

More significantly, the COVID-19 Coronavirus legislation waives the 7.5% Federal Excise Tax (FET) through year’s end. That levy is applied to Part 135 flights, so both on-demand charter and jet card flying. It normally is tacked onto domestic flights as well as U.S. trips that start or end within 200 miles of the southern and northern borders. 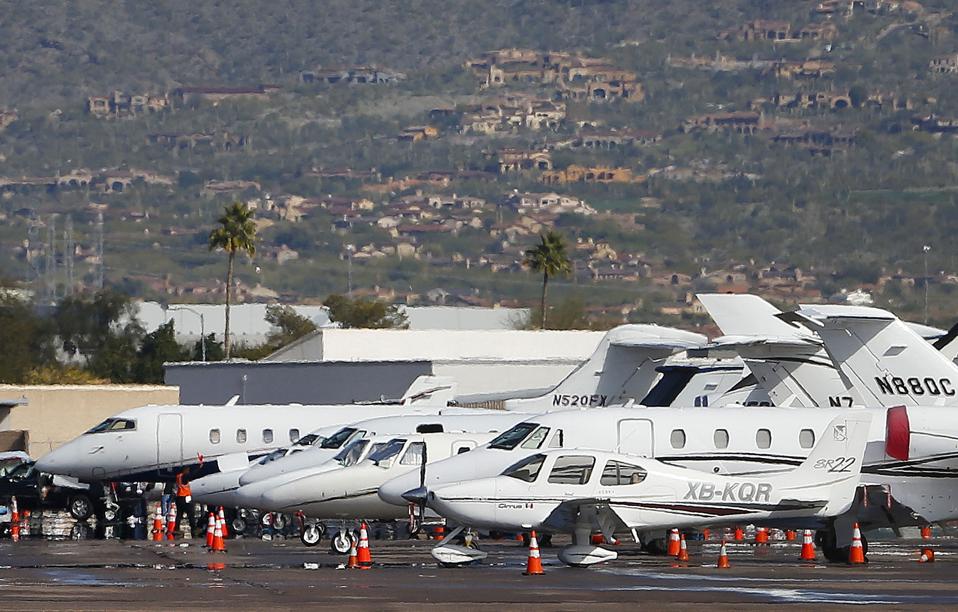 It’s not all good news on the accounts payable side of the ledger. For operators, there are additional expenses. NetJets, Flexjet, XO, VistaJet, Wheels Up, JetSuite, and Jet Linx all announced increased and more stringent cleaning procedures. In some cases, specialized antibacterial treatments are being applied across their fleets.

Making sure pilots are positioned correctly is also having an impact. Typically operators rely on the airlines, which serve about 500 U.S. airports compared to over 5,000 for private aviation. The reduced big airline networks at a minimum add to the complexity of running what’s essentially a private airline where your customers create their own schedules and routes, sometimes less than 24 hours before departure.

The bottom line, however, is all the major jet card providers have all cut prices passing along savings from the FET holiday. For somebody who typically spends $200,000 a year on private flights, it means an extra $15,000, so perhaps an extra trip.

It may not be enough to spur anyone to make incremental flights in the near term. Argus TRAQPak projects a year-over-year decline of up to 60% this month. The hope is as the crisis passes, and luxury hotels and resorts reopen with special deals, you’ll consider flying privately.

The industry’s best marketing is first-hand experience. New customers often book flights on a one-off basis. That happened in early March via relocation flights and an exodus to second homes.

Once folks know they will be flying privately at least 10 hours per year, they start to look at jet cards and memberships that generally start at 25 hours. After that comes fractional ownership, where the starting point is 50 hours per year and a three-to-five year contract. Heavy users own their own planes. For many, like cars in the driveway, they end up having multiple private aviation solutions.

Newbies who flew for the first time last month likely found their door-to-door trip from New York to Florida that takes six or seven hours flying commercially can be done in four hours or less by private jet, often using airports that are closer to where they are starting and ending. For short trips, it’s like adding an extra day of vacation, a few more hours at the beach, time for an extra spa treatment, or a chance for a few more runs down your favorite ski slope.

A number of jet card providers have been aggressive in trying to broaden the market. Airshare, Jet Linx Aviation, Jets.com, OneFlight International, Priester Aviation, and Prive Jets all introduced programs for their fixed-rate, guaranteed availability memberships reducing entry levels by half or more. JetSuite is offering member rates for on-demand flights on an as available basis.

Two of the biggest players are cutting cost-of-entry as well. Sentient Jet is lowering hourly rates by 7.5% like many, but also reducing your deposit by a similar amount. Its 25-hour light jet program is now $137,000 instead of the $147,275 that included FET.

NetJets, the largest operator in the world, which doesn’t disclose rates publicly, restructured its entire program, discounting memberships even more. Twenty-five hours on its fleet of Embraer Phenom 300 long-range light jets is now 11% less, down to $168,000, according to one source.

Because it remits the FET at the time of purchase as opposed to when you fly, it means hours you buy this year are tax-free until you run through your deposit or your funds expire, 18 months if you buy 25 hours, or 24 months for 50 hours.

Jet card programs with one-way fixed-rates and guaranteed availability protect you against surge pricing, and mean you don’t have to spend hours shopping around and comparing quotes for each trip.

Most cards offer service recovery guarantees. That’s a difference from one-off charters where if your flight is canceled because of a mechanical or the pilot gets sick, the customer generally has to pay the difference if the replacement flight costs more.

The vast majority of cards also offer complimentary catering, which can run several hundred bucks even for basics. Many programs include deicing that can run into the thousands of dollars, and is billed extra with regular charters.

At the same time, if you are looking for a deal, on-demand charters can beat the fixed jet card rates and gets the same tax breaks for U.S. flights.

When we move into the post-COVID-19 period, and airlines offer discounts to fill their planes, and airports once again become crowded, many in the industry believe private aviation will see an uptick. Those who can afford it, will seek to avoid masses of people from all over the place in a confined space.

If six figure commitments or even $50,000 is out of your budget, there are jet sharing offers from the likes of Wheels Up, Jet Linx and XO. JSX, Surf Air, and Blade offer scheduled flights using private aviation terminals, with prices starting under $100 each way.