Breaking
What an Effective Business Cloud Must Include
5 Ways to Make Running a Business Easier
4 Solutions for Work-from-Home Stress
Doug Flutie Maximum Football 2020 Review: The Good,...
How To Delegate Effectively
Stock Market: Two New Trends Shaping Next Buying...
European Commission Legislative Package For Cryptoassets Leaves No...
Apple iOS 14.0.1 Release: Should You Upgrade?
Social Media Marketing Consulting
What You Need To Know About Your Startup...
Governor Signs Landmark Student Loan Borrower Protection Bill...
Reddit Co-Founder Alexis Ohanian Plans $150 Million Investment...
This Week In XR: Enterprise Adoption And Financing...
The Disadvantages Of Aging In Place
How Advances In Customer Service Can Take Telehealth...
5 Reasons Why Your Startup Needs To Be...
Home Finance Proposal: Next $4,000 Stimulus Check Might Be A Tax Credit For Skills Training
Finance

Proposal: Next $4,000 Stimulus Check Might Be A Tax Credit For Skills Training 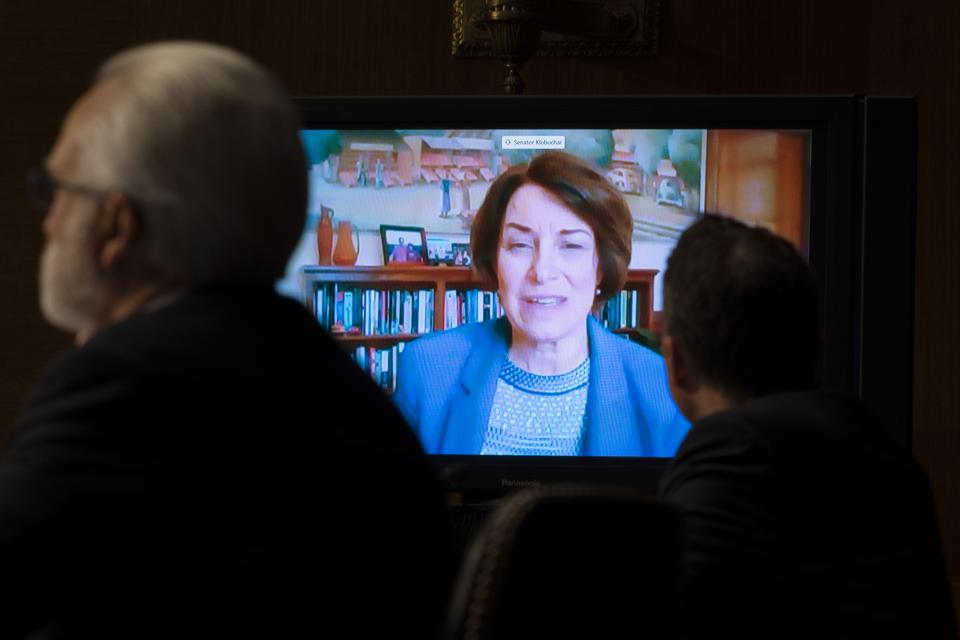 As more Americans file for unemployment, the calls for additional stimulus grow louder.

Unfortunately, Congress has yet to take significant action towards another round of stimulus beyond what was offered in the CARES Act. When the House of Representatives passed the HEROES Act, Senate Leader Mitch McConnell called the proposal dead on arrival in the Senate.

As it stands, there are many proposals but few look like they have a chance to pass both chambers and get the signature of the President. The President has said that there is “no rush” on the next stimulus package but also that he’d like to see a payroll tax cut in the next package.

Republicans have long desired to tie any kind of stimulus check to work. Some have mentioned that recent unemployment benefits, while necessary, risk incentivizing people to not work.

A bipartisan group of four senators have come up with a proposal to offer a fully-refundable $4,000 tax credit that would cover the costs of re-training workers with skills that are “expected to be in high demand by employers in the coming months.”

It would be called the Skills Renewal Act and the group includes two Republican Senators, Tim Scott of South Carolina and Ben Sasse of Nebraska, and two Democratic Senators, Amy Klobuchar of Minnesota and Cory Booker of New Jersey.

The credit would be available to workers who lost their jobs as a result of Covid-19 and they would have until the end of 2021 to get eligible training. The training would include traditional degree programs, such as at a two- or four-year college, as well as certifications, apprenticeships, and other training scenarios. It even includes distance learning programs and online classes.

MORE FROM FORBESWhy There Is No $2,000 Stimulus Check-See What Is NextBy Jim Wang

Not A “True” Stimulus Check

A $4,000 tax credit to help pay for additional training is not a “stimulus check” in the traditional sense. It isn’t direct assistance, which is something Republicans are not eager to support.

Unfortunately, if you are out of work and unable to pay your bills, getting a fully refundable tax credit to pay for training is not going to help.

This stimulus is aimed at helping those folks who may have lost their jobs during the pandemic and want to take advantage of the time to learn new or different skills they can use in their next job. It can also be used to facilitate a change in careers.

This credit would be valuable in offsetting some of the cost of learning those new skills and seeing that online learning is included is a nice bonus, especially when we aren’t sure how long social distancing and stay-at-home orders will continue.

There are a lot of industries where your pay can be significantly increased if you are able to earn certifications, many of which cost hundreds or thousands of dollars in preparation and exam fees.

This refundable tax credit would help offset that cost.

With bipartisan support, this proposal has a much higher likelihood of becoming law, or included in another bill that may have direct assistance, but it remains to be seen what is included when the bill text is finally released.

Small Business In Crisis: Life, Liberty And The Pursuit Of Happiness In Chicago