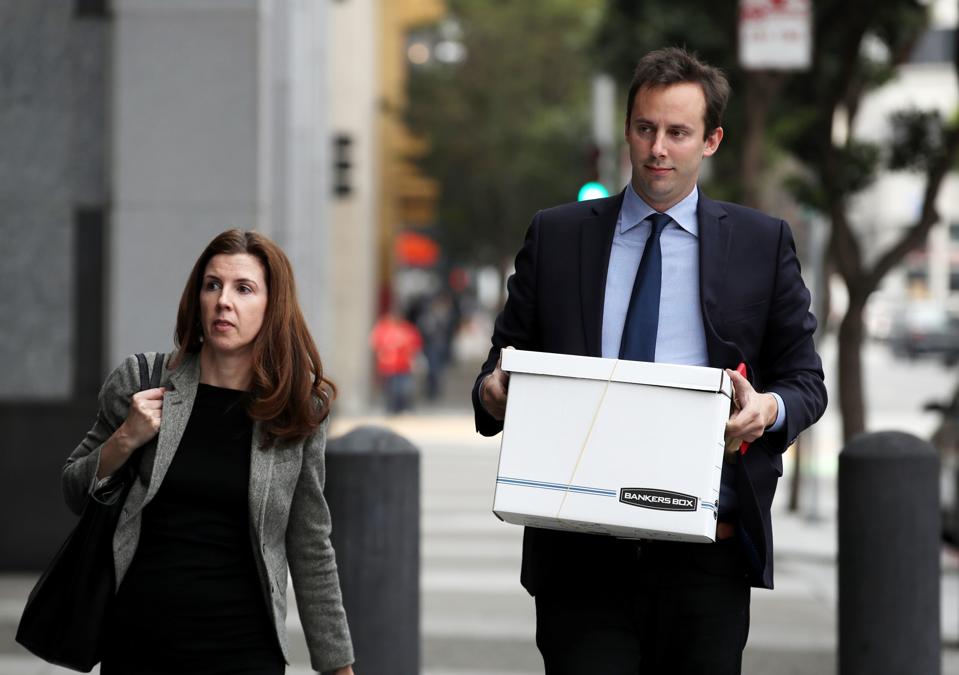 SAN FRANCISCO, CALIFORNIA – NOVEMBER 13: Former Google and Uber engineer Anthony Levandowski (R) … [+] arrives for a court appearance at the Phillip Burton Federal Building and U.S. Courthouse on November 13, 2019 in San Francisco, California. Levandowski appeared in court for a status conference after being indicted on 33 criminal counts related to the alleged theft from his former employer Google of autonomous drive technology secrets. (Photo by Justin Sullivan/Getty Images)

In March, Levandowski reached a plea deal with federal prosecutors and pled guilty to one count of trade secrets theft, in an effort to wind down a potentially lengthy and costly legal battle. Sentencing for Levandowski is expected on August 4.

The deal was made after the Justice Department indicated him in August 2019 on 33 counts of intellectual theft and attempted theft of trade secrets from his former employer, Waymo, which he allegedly took over to ride-hailing company, Uber. The 32 other charges were dropped as a result.

Alphabet, parent company of Waymo, and Uber settled out of court, in a deal worth $245 million in February 2019. Levandowski will pay $750,000 in restitution in the case.

Waymo’s lawyers told the court a prison sentence of at least two years was fair for Levandowski. Levandowski requested 12 months of home confinement and claimed that going to prison in the middle of a pandemic would be a “death sentence.”

Once known as the global expert in autonomous vehicles, Levandowski’s legal issues began when he left Waymo in 2016, shortly after it was spun-off from Google. Before his departure from Waymo, the engineer downloaded over 14,000 files that contained Waymo intellectual property.

He formed a startup shortly after, called Otto, which was focused on creating autonomous solutions for the trucking industry. Uber acquired the company a few months after. In February 2017, Waymo sued Uber over the IP theft.

Levandowski joined Google in 2007 as a software engineer, working on Google Maps’ Street View. About a year later, while working working at Google, Levandoski formed a startup, Anthony’s Robots, to continue to develop self-driving technology.

In a 2016 interview with The Guardian, Levandowski spoke about the relationship between Google and his self-driving car project. He said Google was supportive of the project, but initially did not want to be associated with a self-driving vehicle driving around in San Francisco, because of the risks.

About a year after he joined aGoogle, after the successful test of Levandowski’s “PriBot,” Google founders Larry Page and Sergey Brin began to embrace Levandowski’s self-driving car project and moved it to a secretive new unit of Google called X, dedicated to “moonshot” technologies.

What Happens If You Find A Large Sum Of Money?