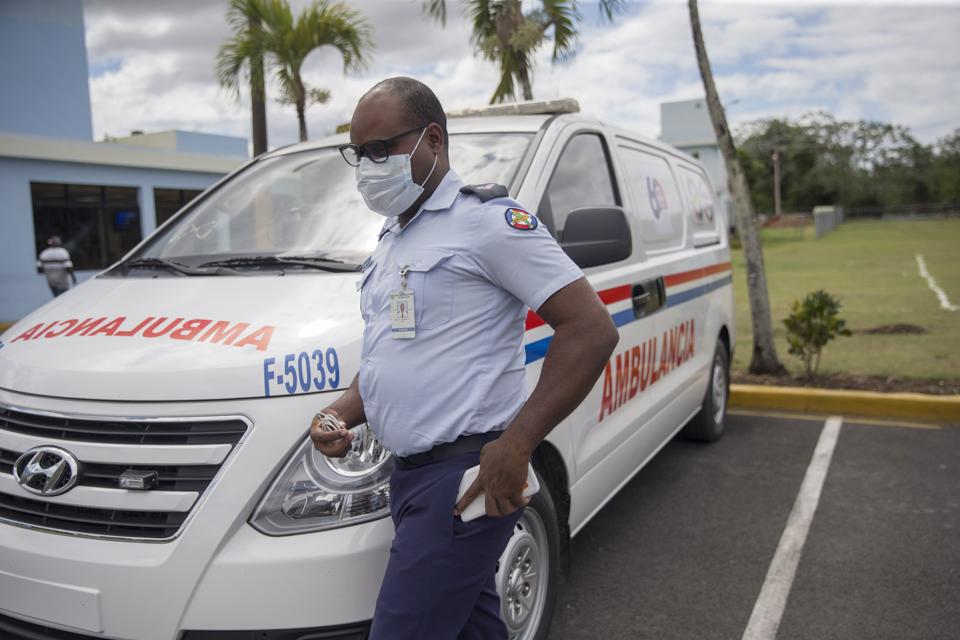 As the coronavirus spreads throughout the world, financial markets have panicked. During this last week in February, these fears took Treasury bond yields down to new lows, perhaps their lowest ever. Stock prices down across the board.  The S&P 500 Stock Index, a widely recognized market benchmark in the United States, fell some 13%, one hell of a one-week move. Much in the situation remains imponderable, a fact that understandably has fed market fears. Still, even at this early stage, it is possible to draw conclusions that might help guide understanding and investing.

Two firm statements stand even amidst today’s uncertainties: First there is no way to predict the ultimate depth and breadth of this pandemic. Though the SARS and MERS pandemics of not too long ago ran their respective courses rather quickly, allowing markets and economies to recover from their panicked lows in short order, none of this experience offers more than a hint on the course of what is now called the Covis-19 virus. Second, even if this disease were to dissipate quickly, no one can doubt that work stoppages related to it have already disrupted China’s economy and interrupted supply chains sufficiently to slow the pace of global economic growth in the current quarter and probably into spring, too, perhaps not enough to create recession, but certainly enough to break the growth momentum that had formed late in 2019.

Current market fears have four different aspects (stated here in descending order of terror): First and worst is that Covid-19 might extend itself across the globe, including this country, and although less deadly than SARS, it will kill and disable enough to halt economic activity and in the extreme even rend the fabric of society. Second is that even if the world avoids such horrors, production disruptions already evident in China will drag down that economy and precipitate a global recession. Third is that even if production interruptions fail to create recession, they will worsen enough to interrupt global supply chains and in so doing weaken production and growth prospects including in places where the virus has not become a serious threat. Fourth is that fears of supply interruptions themselves will prompt inventory hoarding that will further constrain the flow of needed production supplies. For the current quarter, these last two fears are probably already a reality.

Against this array of what by necessity are rather vague fears, three possible scenarios encompass both short and long-term prospects.  These fit under three headings: 1. Disaster. 2. The SARS Model. 3. The HIV Model.

This no doubt is the outcome that the public fears most. As already indicated, it would look something like this: The disease becomes widespread, sickening millions and killing thousands. The death and disability saps economic strength worldwide so that production grinds to a halt and joblessness grows even for those healthy enough to work. If not quite a replay of the Back Death that devastated Europe in the Middle Ages, this prospect haunts people’s minds today, even if they fail to consider details or make a historical reference. Such a world would precipitate disasters in financial markets and create a deep, prolonged recession that would linger long after the pandemic has run its course. In the extreme, the troubles could alter economic and societal arrangements, certainly in China but even here in the United States. Though hardly a likely prospect, given the path and nature of the virus so far, the scenario deserves consideration if only because it captures popular fears.

Given the world’s experiences with more recent pandemics, this scenario would seem more likely than the disaster of popular imagination. At least it does so at this moment in time. The world has faced three major epidemics/pandemics during the last 20 years. Though of different scales and severity, all have followed a similar course.

The SARS pandemic of 2002-04 concentrated in Asia but did extend to North America. Though less easily spread than today’s Covid-19 virus, SARS killed its victims at a much higher rate than the 2% noted so far in this pandemic. When SARS first broke onto the world scene, it caused widespread fear and major market retreats. Because Asia then was less important to the world economy than it is now, SARS did less to disrupt global supply chains than Covid-19 appears to be doing. The 2009 influenza pandemic was much worse. According to the World Health Organization (WHO), it killed some 200,000 people worldwide, mostly in less developed countries. It, too, caused major market retreats and economic disruption, though coming on the heels of the 2008-2009 great recession it is difficult to distinguish the disease’s impact form that of the economic troubles brought on by the preceding financial crisis. The 2012 MERS pandemic killed fewer people than either the SARS or the intervening influenza pandemic, but it did create the kinds of widespread fears evident today.

Each of these pandemics ran its course in 12-18 months. (Though MERS remains an issue, it is neither as widespread nor as dangerous as it was when it first appeared.) In each case, as it became apparent that the disease would precipitate nothing near a disaster scenario, financial markets quickly recovered from their panicked lows, doing so in the space of weeks at most. Economies took longer to recover, but sentiment changed as quickly as pricing in financial markets.  It became apparent that initial adverse economic effects would unwind. Though economies slowed in the teeth of the pandemic, the economic burden never approached recession neither in North America nor Europe nor even in Asia. Recoveries occurred relatively quickly.

Should events surrounding the Covid-19 virus move along a comparable path, the United States could look for the market retreat to turn to volatility and then recovery in a period of only weeks. Economic performance in the current quarter would disappoint.  Lingering supply problems would likely also affect the spring quarter.  The economy would catch up during the second half of the year or at most wait until early 2021.

This covers something of a middle ground between the disaster scenario and the SARS model. In this potential future, the disease neither devours the world nor does it quickly run its course. Instead it settles into a presence among the afflictions of humankind, like AIDS or cancer or heart disease, an unpleasant fact of life. This is the path HIV followed after it first became apparent in the 1980s. First there was panic, as no one knew what it was and where it was going. Then when people got a notion of its nature and likely extent, the panic lifted even though the disease remained part of life.

Should Covid-19 follow this course, world financial markets and economies would gradually recover from the ground lost during the initial panic and then follow something akin to its old growth path, as it did with AIDS and does despite other diseases that remain. This recovery would no doubt occur in a more protracted time period than recoveries did with SARS and other recent pandemics, but it would occur.  And unless this coronavirus has a remarkable ability to surprise, which of course is entirely possible, that recovery would likely begin late this year or early 2021.

Matters are so fluid at the moment that it is impossible to offer anything more than a tentative conclusion. But given history and the way things have unfolded so far, it would seem that the second two scenarios are much more likely than the first. Though such extreme fears understandably underlie much thinking — and reporting — on this subject, one should keep in mind that the Black Death happened 700 years ago and nothing like it has occurred during the intervening period. Even the great influenza pandemic of 1919 that which killed more in a single year as all the carnage of the First World War did in the previous four, 1914-1918, failed to upend societal or economic structures. That is especially noteworthy considering that the disease came to a world already horribly weakened and dispirited by its most horrible war to that date.  Nor did that devastating pandemic delay by much the great economic recovery of the 1920s.

Why There Is Retracement In Oil Price? Can...

Has The Amazon Moment Arrived For Financial Advice...