Breaking
Parrot Plumage Color May Be Linked To Body...
Recent Precious Metals Dip A Buying Opportunity
Looking For Venture Capital? Here’s How One 50+...
Growing Your Retirement Money Using 401(k) Dollar-Cost Averaging
Wellness Exec Abby Miller Levy Partners With Venture...
Microsoft Teams Issues Strike To Zoom With Tidal...
What’s Coming For The S&P 500 In October
4 Ways You Can Showcase Empathy With Your...
A $22,000 Microsoft Surface Will Soon Be For...
Zooming In – Should SMEs Invest In The...
iOS 14: The Surprising Security Risk Of Sharing...
How A Break From Lord Sugar Changed The...
Sunday’s Google Doodle Is Actually About Google
Office Of The Comptroller Of The Currency Chief...
Source Code For Multiple Windows Operating Systems Publicly...
Why Forgettable Pfizer Really Is A Great Value...
Home Business Protesters Clash With Police In Beirut As Thousands Protest Over Massive Blast
Business

In the wake of a massive explosion that killed over 150 people in Beirut, anti-government protestors clashed with security forces on Saturday while the Lebanese government scrambles to find who was at fault for the blast. 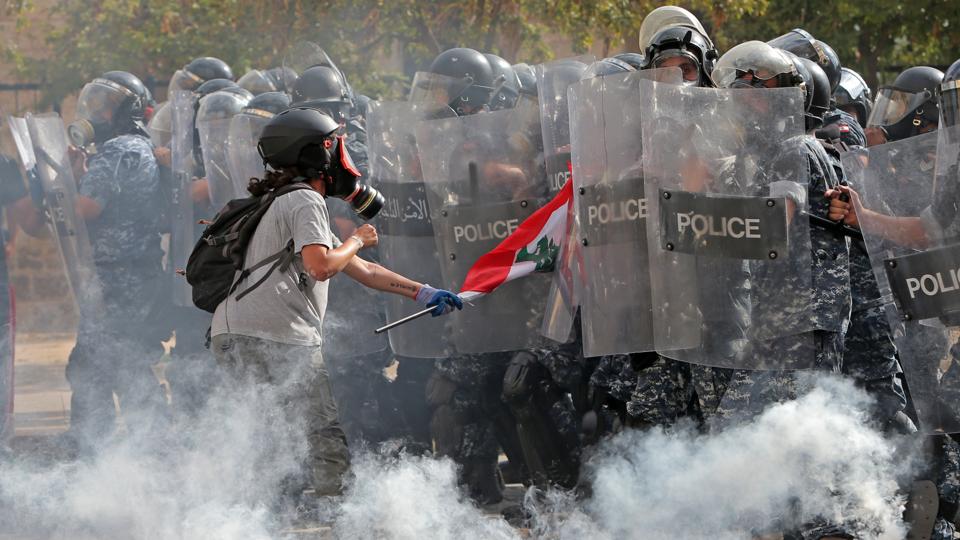 Clashes in downtown Beirut on August 8, 2020, following a demonstration against a political … [+] leadership they blame for a monster explosion that killed more than 150 people and disfigured the capital Beirut.

Lebanese security forces fired tear gas at anti-government protestors armed with rocks as thousands gathered in Martyr’s Square in downtown Beirut to demonstrate against the government they believe is responsible for Tuesday’s devastating blast.

Some protestors carried symbolic nooses saying corrupt officials should be hanged over the blast that destroyed Beirut’s port and left thousands homeless.

An investigative committee formed by the Lebanese government has four days to determine who was responsible for the blast, Foreign Minister Charbel Wehbe told French radio.

The chief of the customs department and the port manager are among 16 who have been arrested as part of the investigation into the explosion.

At least154 people were killed and over 5,000 wounded in Tuesday’s blast, according to the Lebanese Health Ministry.

The blast was caused by 2,750 tons of ammonium nitrate that arrived in Beirut’s port seven years ago, with attempts to have it removed stymied by bureaucracy.

Lebanon has been in a state of civil unrest since last year when nationwide protests over economic mismanagement, widespread corruption, crumbling infrastructure and the government’s inability to contain wildfires that spread through the Chouf mountains led to the resignation of Lebanese Prime Minister Saad Hariri.

400 feet. That’s the size of the crater left behind by the blast.

How Counterintuitive Thinking Can Save Your Business Right Now