Protesters in Baltimore toppled a statue of Christopher Columbus before dumping its shattered pieces into the Inner Harbor on Saturday, the day after President Trump denounced the removal of monuments and signed an executive order to create a garden of “American Heroes” in response to fallen statues. 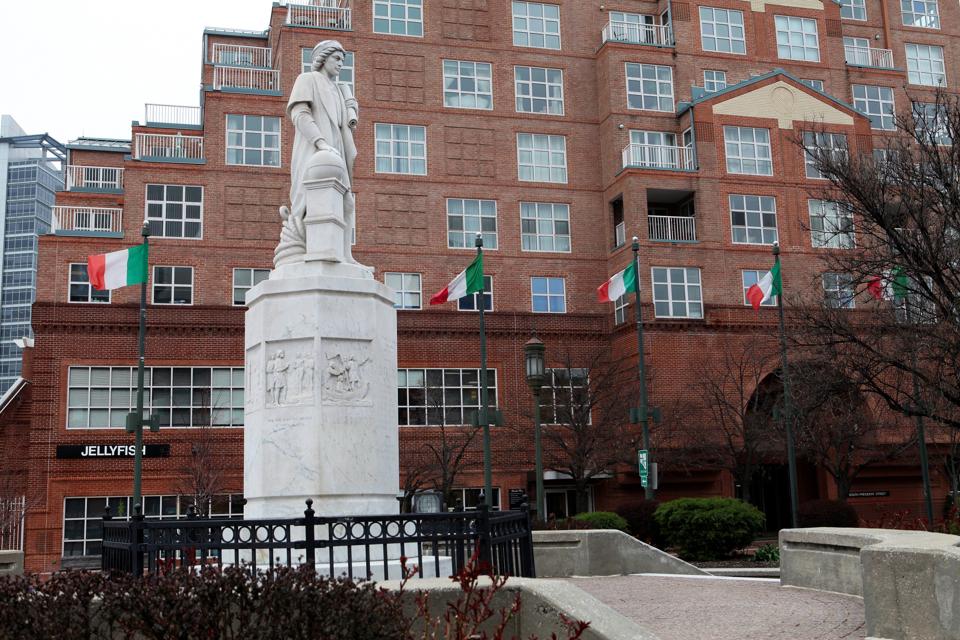 Around 300 people were said to be at the scene on Saturday, Louis Krauss, who shared the recording, told CNN.

Video shows protesters pulling the statue down using chains, while it broke into pieces as it hit the ground before it was thrown, piece by piece, into the harbor.

The statue is the latest to come down following four weeks of anti-racism protesters across the U.S. and Europe targeting monuments of controversial and racist historical figures.

The Columbus statue in Little Italy was unveiled by President Ronald Reagan in 1984 , while President of Baltimore City Council, Brendan Scott, previously proposed taking it down.

The Italian explorer is credited as one of the first Europeans to come to the Americas and also associated with starting off centuries of European colonization and the oppression of indigenous people. 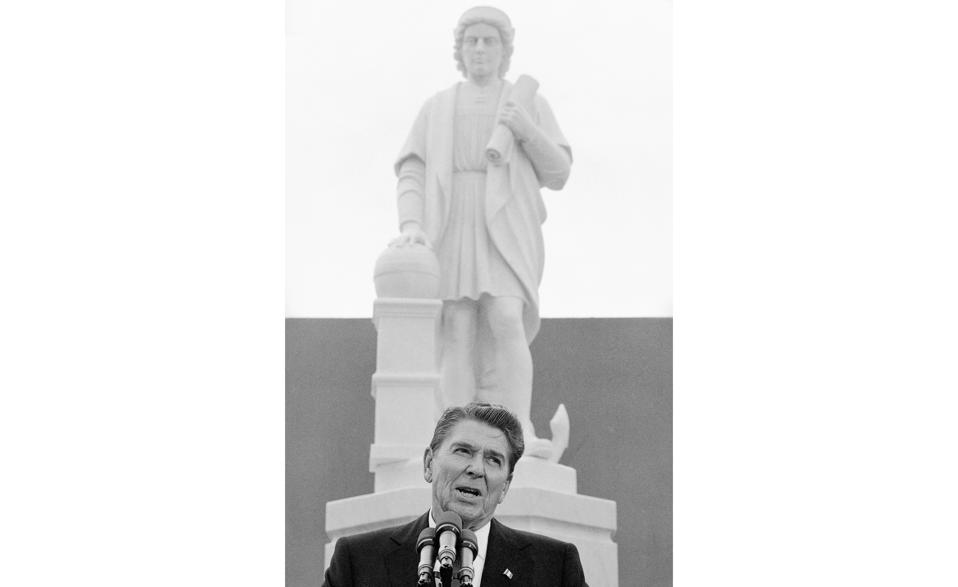 Statues of Christopher Columbus, slave-owning presidents and Confederate figures have been the target of anti-racism protesters for weeks, as Black Lives Matter protests erupted across the nation and cities across the world. The forced removals were triggered by the toppling of slaver Edward Colston’s statue in Bristol, England, last month. The move, which in part aims to highlight the legacy of racism in the U.S. and Europe, have reignited debates about whether controversial and racist historical figures should be publicly displayed as monuments, or whether they should be put into museums, where they can be discussed in historical context. Officials in Atlanta, Philadelphia and Richmond have agreed to formally take down statues of Columbus and confederate monuments.

On Friday, Trump signed an executive order to create a “National Garden of American Heros” in the wake of mass toppings of U.S. statues celebrating controversial historical figures. In his Fourth of July Speech at Mount Rushmore, Trump denounced anti-racism protesters targeting the monuments as a “merciless campaign to wipe out our history, defame our heroes, erase our values, and indoctrinate our children”. Trump also last month signed an executive order in a bid to protect the monuments, which could see police departments who fail to defend them face cuts in funding, while protesters could be harshly prosecuted.

How This African Soccer Team Is Helping More Women To Code

How To Choose An Estate Planning Lawyer

How to Get High-Quality Backlinks

The Lakers’ Next Roster Upgrade Isn’t Worth The...