Breaking
Here’s What You Need To Know About AstraZeneca’s...
Mini Gifts: What To Get For Your Colleagues...
Report: Biden Picks Janet Yellen For Treasury Secretary
Policy Priorities
Eight Key Steps To Landing Your Product In...
How Much Room Is There For E-Kick Scooter...
Why We Must Update The Law For The...
The Tax Rules For Home Businesses And Working...
How To Use The ‘E.R.I.C.’ Framework To Tackle...
‘Destiny 2: Beyond Light’ Review: A Frozen Triumph
Five Steps To Faster Market Research
What’s The Upside For NetApp Stock?
Why Automated Machine Learning Is Becoming A Must-Have...
Is The Caruso 2020 A Serious Challenger To...
Your Smartphone Is Costing Your Fortune
Ignoring Climate Related Physical And Transition Risks Imperils...
Home Technology PS5 And Xbox Series X-Friendly AV Receivers Reportedly Hit By Major HDMI Bug
Technology 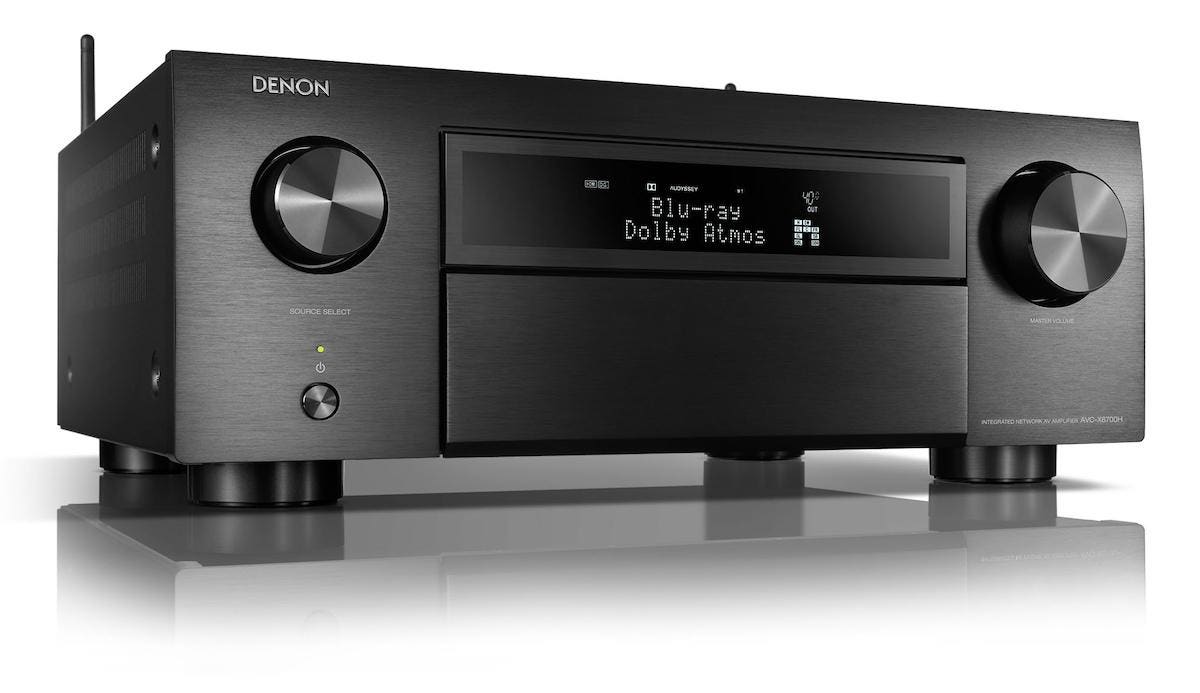 Awesome though it is that the next generation of consoles and PCs are moving video game graphics on with brilliant new features like 4K at 120Hz, variable refresh rates and automatic low latency mode switching, it’s fair to say that the step up is causing more than a few technical hitches.

I’ve already reported in recent weeks on various issues LG’s OLED TVs have had handling the output of Nvidia’s RTX 30 graphics cards (despite these TVs being the most advanced gaming TVs on the market). Now it appears that next-gen gaming trouble lies in store, too, for the latest AV receivers from Marantz, Denon and Yamaha.

All three of these esteemed Hi-Fi and AV specialist brands have announced new receiver ranges in recent months that carry HDMI 2.1 ports supposedly capable of handling all the new features the Xbox Series X, PS5 and new PC card generations can throw at them. Unfortunately, though, according to German website Heisse Online, based on original reports in computer magazine c’t, a bug in the HDMI implementations of all these new receivers has rendered them incapable of passing through either 4K video at 120Hz or 8K video at 60Hz from the Xbox Series X and Nvidia PC cards. Trying to do so just results in a black screen on your TV or monitor.

It’s suggested that the PS5 might actually not be affected by the problem due to its use of a different HDMI implementation, but we won’t know for sure until more PS5 units arrive in the hands of people who have one of the affected AVRs.

Lists of the impacted Marantz, Denon and Yamaha receivers can be found here, here and here respectively.

Before anyone starts wondering if the issues being reported are actually more to do with the connected displays, c’t tried running the Xbox Series X and RTX 3080 cards in 4K/120 mode directly to the same monitors, and the signals appeared as expected. It was only when routing them via the supposedly compatible HDMI ports in the AVRs that the dreaded black screen struck.

The cause of the problems, it’s alleged, is a known bug in the Panasonic Solutions HDMI chips the AVRs use (Panasonic Solutions is now under the ownership of Nuvoton Technology). The bug apparently affects the way HDMI 2.1’s Fixed Rate Link (FRL) feature works – and unfortunately, early investigations suggest that the problem cannot be fixed by a mere firmware update. Ouch.

It appears possible, too, that the problem could spread to other next gen game-friendly AVRs on their way from Onkyo, Sony and Pioneer, as these brands have supposedly also bought in the faulty HDMI chip.

I approached both Yamaha and Sound United (which owns both the Marantz and Denon brands) for comment on the situation yesterday, but while both said they were looking into the situation, I likely won’t get an official response until next week.

A report on Reddit suggests that Sound United has already promised a permanent solution for its customers when one is available. As yet, though, I haven’t personally seen any formal public statement.

In the mean time, it seems the only work arounds for the issues are to stick to 4K at 60Hz, or connect your console or RTX 30-powered PC directly to your display and use eARC or another audio output to get sound out of the AVR.

Naturally I will provide an update on my Forbes channel when I hear back from the affected AVR brands.