Breaking
The WFH Revolution: How Covid-19 Is Changing The...
eToro Announces Staking For Cardano And Tron
The End Of Third-Party Data — Finally
The Scientologist Billionaire Trying To Make A New...
Mission-Driven Fintech Kontist Shakes Up The Future Of...
What Can The Simple Fact That ‘We Exist’...
Stock Market: Here Comes October With Scary Tricks...
Farmers, College Students, And Food Banks Across The...
Thinking Of Writing A Book To Grow Your...
Microsoft Security Report Highlights New Sophisticated Threats From...
3 Steps To Help You Build Entrepreneurial Confidence
SMB Fintech Darling Kabbage To Be Acquired By...
Silicon Valley’s Next Target: The One-Person Business
The Small Business Code Of Ethics
President’s Remarks About COVID-19 At First Debate True...
FIFA 21 Gameplay: Liverpool Vs. Manchester United
Home Business PXG Unveils GEN3 Irons With Internal Technology That’s Like A ‘Ship-In-A-Bottle’
Business The GEN3 0311 irons from PXG feature a 5x forged body, a CNC milled back surface and “Impact Reactor … [+] Technology” powered by a DualCOR system.

It’s noteworthy that if you ask most golfers what the biggest differentiator for PXG’s 0311 irons is – well, okay, besides the price tag – they’ll point to the signature weighting that’s so visibly prominent on the outside of the clubs.

Because if you talk to the designers and engineers behind PXG’s high-end offerings, they’ll suggest that it’s what’s inside that truly matters.

PXG released its first 0311 irons in 2015, a lineup that featured a low-density, vibration dampening material (TPE, or thermoplastic elastomer) inside the club head that enhanced sound and feel, while adding structural stability to the face and improving energy transfer. When the GEN2 0311 irons came out in 2018 after three years in development, the filler material was a new high-speed polymer called COR2 that yielded an even more enhanced sound and feel, as well as added distance and improved accuracy.

The body of the iron is forged five times from soft carbon steel to prolong the life of the clubhead. The backside is precision milled and has a more defined look thanks to a badge on the back of the clubhead. But the biggest difference is on the inside. The defining characteristic of the GEN3 irons is its new “Impact Reactor Technology” that’s powered by two different internal polymers with characteristics that accentuate one another. The so-called DualCOR system is comprised of a high-strength, high COR (Coefficient of Restitution) polymer outer core and an extremely high COR soft polymer core behind that. The former provides increased structural stability to support PXG’s super-thin, high-performance steel face. The latter has more elasticity, storing and rebounding a greater amount of energy to the ball during impact, with less dissipation than PXG’s previous core materials.

“We have technology that just hasn’t been done before,” PXG founder Bob Parsons said during an event at Scottsdale National, the exclusive private club he owns in Scottsdale, Arizona. “Coupled with the thinnest face in golf, which we’ve always had, when that ball makes contact, and that metal (flexes), both of the core materials work in conjunction to throw it back pretty hard.”

When comparing the same shaft and loft specs, the result is a ball speed that’s 2 to 3 mph faster, plus 5 to 8 yards of added distance. The cost? $425 per iron, or just shy of $3,000 for a seven-iron set from 4-iron to pitching wedge. The GEN3 line includes three models: the T (Tour), P (Players), and XP (Xtreme Performance). 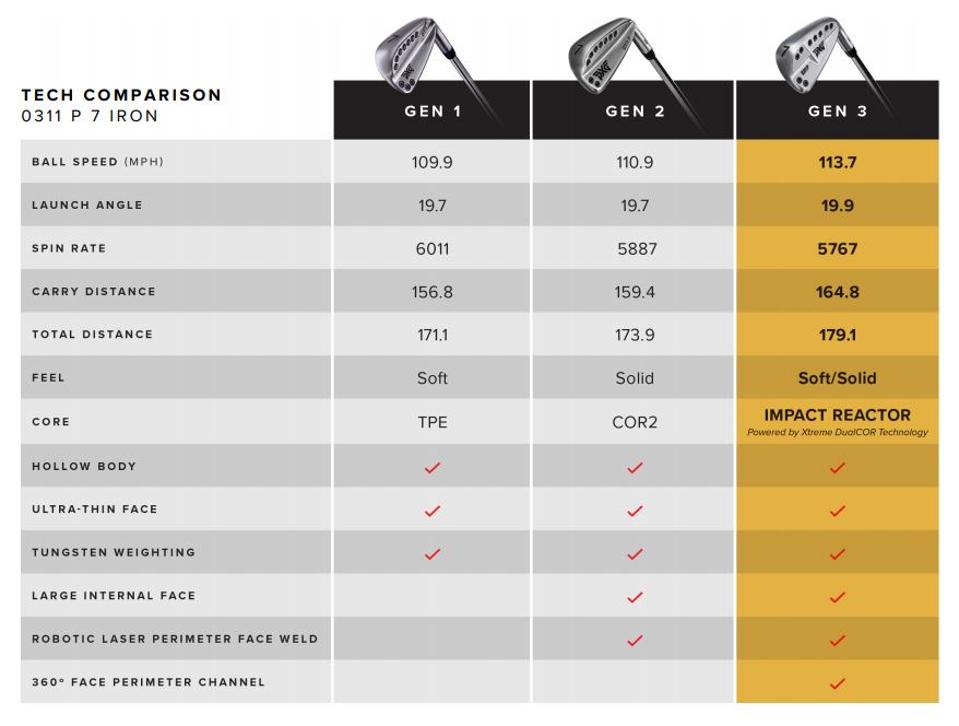 “I’ve been developing products for a long time and this is about the most excited I’ve ever been for a product,” said Mike Nicolette, who joined PXG as a Director and Senior Designer in 2013 after 24 years developing clubs at PING. He said during the first 13 years of his career, the design focus was on the metals that irons were constructed with, for the most part. When the PXG team developed the GEN1 irons, they started to learn more about polymers and how differently they behave.

“Going from GEN1 to GEN2, there’s only so much you can do on the outside with the metals,” Nicolette said. “As we try to evolve and make a better-performing product, we did 13 different ideas and concepts, and many focused on the outside. What we found was that it wasn’t so much the outside, but we had to go back and focus on the inside. When they say it’s not always what’s on the outside that matters, it’s what’s on the inside, well, it’s the same thing with the golf club. We really started a deep dive into polymers.”

The TPE material in the GEN1 absorbed vibration and sounded great. However, as research into new polymers developed, there was the realization that it also absorbed too much energy. The COR2 material in the GEN2 provided more rebound, but it was still fairly firm, with almost a glassy quality. PXG’s designers went about trying to find a material that was soft and flexible, allowing the club face to move and work together as a system so it generated more energy – and, importantly, doesn’t dissipate that energy.

They’ve found that in the DualCOR system, which has elastic qualities like a rubber superball bouncing off a wall, says Brad Schweigert, PXG’s Chief Product Officer.

“We take all energy that’s delivered, store it, and rebound it into the golf ball,” said Schweigert. 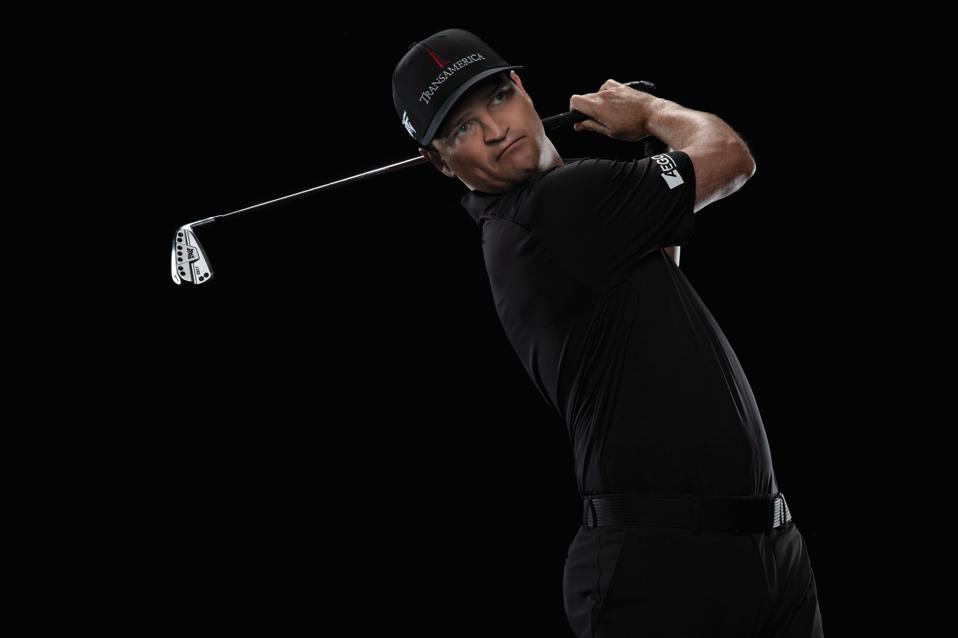 Feel and sound have always been one of the biggest selling points of PXG irons. The new GEN3s still have that extremely soft feel and muted sound at impact, but also an explosiveness that its predecessors didn’t.

During a special unveiling of the GEN3 line, Parsons likened the complex manufacturing of the new technology to a ship in a bottle.

“Some of these materials are easier to get inside the club than others. This is pretty unique,” Nicolette acknowledged. “There’s a lot of meat here. As a scientist, it’s really cool and I want to tell people about it. But (Parsons) said one of the things that all of the guys who make the ship in the bottle share, is that they never tell how they got the ship in the bottle.” 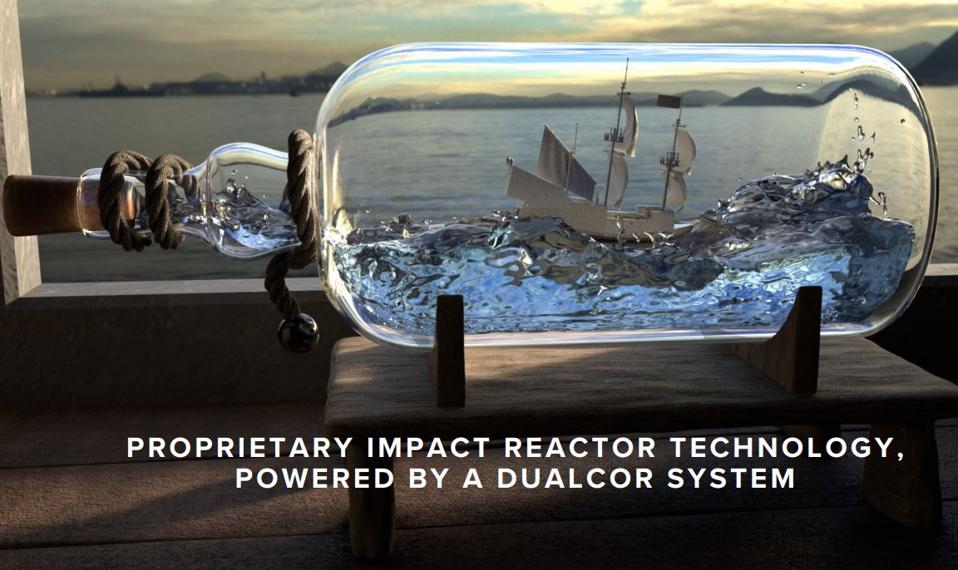 Constructing the GEN3 irons isn’t cheap either. Hence, a price tag that’s slightly higher than the GEN2s, which cost $400 per iron.

“Making these is not for the faint of heart,” Parsons said. “We cut no corners, with service you’re not going to find in many places.”

The GEN3s look even better than PXG’s first two lines of irons. There’s a clean, sharp look, with the badge providing more defined angles on the back of the lightweight titanium clubhead and, of course, those signature black tungsten weights.

But again, the real differentiator is what’s on the inside.

“To be perfectly honest, PXG is driving the entire direction of the entire iron market throughout the industry,” Nicolette said. “Everyone is coming out with a hollow body. Everyone is filling it with something, but they’re filling it with a ‘sponge.’ I’ll leave it at that. When we say our clubs work as a system and the insides are extremely important, that’s 100% true.”

Nicolette and Schweigert said other hollow-body irons on the market are either not filled or filled with material that doesn’t behave as a system, instead simply designed to provide a better ‘feel.’ Competitors, they suggested, are still trying to match the performance characteristics that PXG introduced in its original GEN1 0311 irons.

“When they finally get there, we’re going to be another four steps past them,” Nicolette added. “Everybody is playing catchup to PXG right now. I don’t want to be arrogant saying that, but that’s where we are right now.” Schweigert noted that cavity back irons used to be the rage in golf, with more than 40 years of evolution “until we started doing this.” Now, he’s interested to see – and take part in – the evolution of hollow body structure.

“Hollow body products in the iron category are going to be around for a long time,” he said. “I just don’t know what the next step is going to be.”

Chances are good that the technology will be like a ship in a bottle. Especially if PXG is involved.

How AI And Robotics Can Change Taxation