Breaking
Why You Should Fire 90% Of Your Clients...
15 Smart Ways To Get More Mileage Out...
14 Smart Ways To Leverage Machine Learning For...
Three Lessons The Life Insurance Industry Learned During...
Why Convenience Is Essential
Norway’s $1 Trillion Oil Fund, BlackRock And Vanguard...
Sennheiser Makes Open-Back Headphones More Affordable With The...
Artificial Intelligence Is Ready For Prime Time, But...
Satellite Science Is Helping The Environment, From Farms...
Corporate America’s Employment Problem Isn’t Just Race But...
Designing Household Appliances With Planet And Health In...
Fauci: ‘We’re Nowhere Near Herd Immunity’ In The...
Behind The Curtain—Chapter 11 From The Inside—Chapter 10—The...
Three Classic Ways To Get New Business
Email Marketing Consulting
With Hope, Perseverance And Faith, Two Friends Are...
Home Business Qantas Picks The A350: Was It Rolls-Royce Versus GE or Airbus Versus Boeing?
Business

Qantas declaring war on stopovers and unnecessary travel time re-ignited one of aviation’s enduring battles: Airbus versus Boeing. Both sides enlisted and sent forces of a sales nature. Capabilities were calculated, range maps drawn, and payload pushed. But in all the focus about aircraft – the A350-1000 Qantas tentatively selected over the 777-8 – were engines a determining battle?

When Qantas announced an outcome to its war more amicably known as “Project Sunrise,” engines were given prominence. The statement’s third sentence about the A350-1000 selection said: “This aircraft uses the Rolls-Royce Trent XWB engine, which has a strong reliability record after being in service with airlines for more than two years.”

Opposite of these credentials is the General Electric GE9X engine powering the 777-8 Qantas also evaluated. Qantas did not publicly express doubt about the -8, which has not sold well, prompting industry discussion if Boeing might cancel -8 development.

Not only has the GE9X not entered service, or even flown on a 777X, it delayed the 777X program. High exhaust temperatures resulting in premature component deterioration saw GE recall engines. The 777X’s first flight delayed from summer 2019 to early 2020. GE said last month it was finalising trials of the fix, moving it closer to revenue flights but not matching the current commercial experience of the Trent XWB that Qantas CEO Alan Joyce says is “thoroughly proven.”

Joyce’s praise for Rolls-Royce contrasts to his second year as CEO when he grounded his A380 fleet after a Rolls-Royce Trent 900 engine had an uncontained failure out of Singapore on flight QF32 in November 2010. (Grounding a fleet after an incident without casualties contrasts to the US Federal Aviation Administration keeping the 737 MAX flying after the fatal Lion Air JT610 crash.)

The engine failure was attributed to a Rolls manufacturing fault, but part of Qantas’ bitter feelings about Rolls were from legal matters. Qantas pre-emptively sued Rolls, fearing Rolls would seek legal action to limit Qantas’ claims of damage. Qantas said years ago the relationship was patched, but GE and Boeing might have hoped history was not forgotten.

The GE9X is the sole engine option for the 777X, likewise the Trent XWB for the A350. Qantas and Jetstar’s 787s have a dual engine option, and the airlines chose GE over Rolls. The group’s fleet of 787s – 11 at Jetstar and a planned fleet of 14 at Qantas – are more than double the 12 A350s Qantas says it will order as a maximum. In the complex process of aircraft selection that depends on more than technical capability, how much consideration did Qantas give to having a future long-haul fleet shared by Airbus and Boeing? Lufthansa Group’s split A350 and 787 order from this year is reflective of an increasingly common thought not to rely on one airframer. 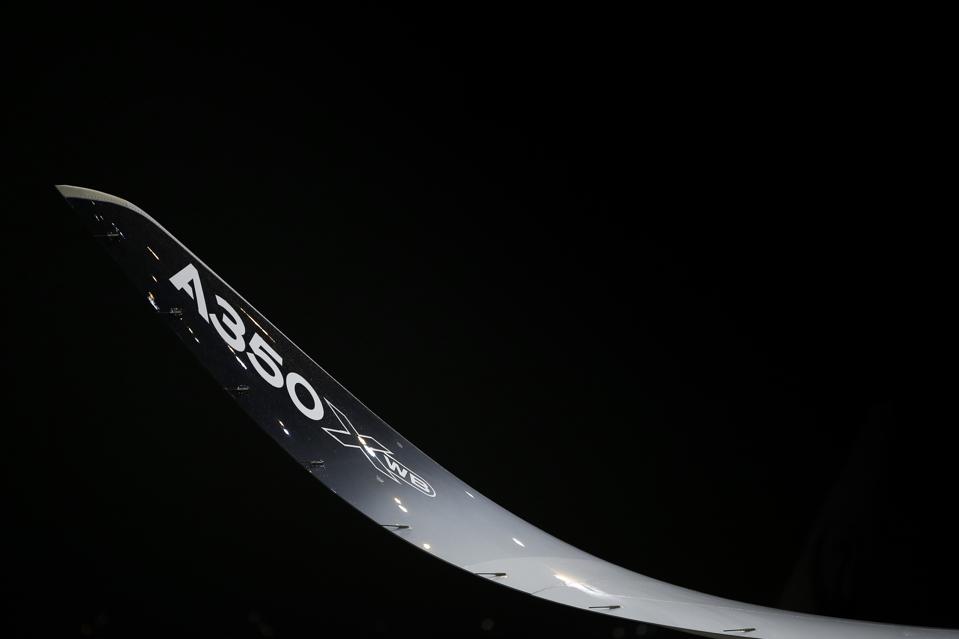 There are other questions. Is there any connection between a Rolls-powered A350 order with the eight A380s – each with four Rolls engines – that Qantas will not take delivery of?

Is Qantas looking not to have merely an aircraft type but an aircraft family? In comments attributed to the A350, and not specifically the A350-1000, Joyce says: “it also has the right economics to do other long haul routes if we want it to.” That opens a field of speculation, such as more -1000s to replace A380s, or having -900s for non-trunk markets.

Qantas ordering the A350-1000 allows it to punch down to the -900, although this means using the -900’s Trent XWB whereas the -1000 has the XWB-97, which is similar but different enough to have been an annoyance to airlines seeking commonality.

The 777X family uses the same engine, but the -8 is already the smallest. The -9 variant is larger whereas Qantas is finding benefit trimming capacity – replacing 747s with 787s – to ensure high quality year-round yields. Joyce is not part of Emirates President Tim Clark’s school of thought that airlines should stop being conservative and commercially risk-averse. Having swapped London Heathrow from double daily A380s to an A380 and 787 has made Qantas profitable in London for the first time in a decade. The next decade will see non-stop flights from Australia’s east coast.

How To Watch Or Stream UFC 245 Prelims