Breaking
How ‘Couples Therapy’ Used Technology To Cope With...
Can You Settle Your Student Loans Or Negotiate...
How to Use Amazon Attribution For Ad Campaigns
What are the Makings of a High-Quality Link?
How To Quickly Start And Scale Your Business
Terra Virtua: What NFTs Can Teach Us About...
5 Easy Steps To Prepare Content For E-A-T...
Physical Inactivity Linked To More Severe Covid-19 Infection...
The 2021 Estimated Tax Dilemma: What Tax-Return Pros...
Want To Digitally Transform Your Business? Start With...
How to Optimize Google My Business and Leverage...
Debunking Link Building Myths in 2021
How, When And Where You Can Gaze At...
SBA Opens $16.2 Billion Shuttered Venue Operators Grants...
What are the Essential Features of a Small...
Trends In Executive Recruiting That Will Help You...
Home Technology Quantum Fluctuations Were Experimentally Proven Way Back In 1947
Technology

Quantum Fluctuations Were Experimentally Proven Way Back In 1947 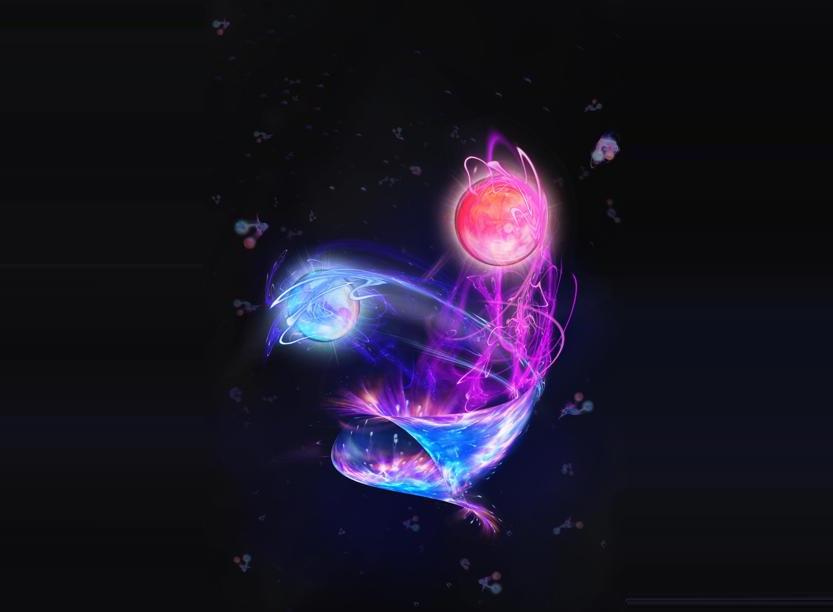 If you spend enough time listening to theoretical physicists, it starts to sound like there are two separate worlds that they inhabit.

One of the most glaring examples of this is the idea of virtual particles. In theory, there are both the real particles that exist and can be measured in our experiments, and also the virtual particles that exist throughout all of space, including empty space (devoid of matter) and occupied (matter-containing) space. The virtual ones do not appear in our detectors, don’t collide with real particles, and cannot be directly seen. As theorists, we often caution against taking them too seriously, noting that they’re just an effective calculational tool.

But virtual particles do affect the real world in important, measurable ways, and in fact their effect was first discovered way back in 1947, before theorists were even aware of their necessity. Here’s the remarkable story of how we proved that quantum fluctuations were real, even before we understood the theory behind them.

Imagine the simplest atom of all: the hydrogen atom. This was, in many ways, the “proving ground” for quantum theory, as it’s one of the simplest systems in the Universe, made up of one positively charged proton with an electron bound to it. Yes, the proton is complicated, as it itself is made of quarks and gluons bound together, but for the purposes of atomic physics, it can frequently be treated as a point particle with a few quantum properties:

When an electron binds to a proton, it forms a neutral hydrogen atom, with the entire system having a slightly smaller amount of rest mass than the free proton and free electron combined. If you put a neutral hydrogen atom on one side of a scale and a free electron and free proton on the other size, you’d find the neutral atom was lighter by about 2.4 × 10-35 kg: a minuscule amount, but a very important one nonetheless.

That tiny difference in mass comes from the fact that when protons and electrons bind together, they emit energy. That emitted energy comes in the form of one-or-more photons, as there are only a finite number of explicit energy levels that are allowed: the energy spectrum of the hydrogen atom. As the electron transitions down to (eventually) the lowest-energy state allowed — known as the ground state — photons are released.

If you were to capture all of the photons emitted during a transition from a free proton and a free electron down to a ground state hydrogen atom, you’d find that the exact same amount of total energy was always released: 13.6 electron-volts, or an amount of energy that would raise the electric potential of one electron by 13.6 volts. That energy difference is exactly the mass-equivalence of the difference between a free electron and proton versus a bound, ground state hydrogen atom, which you can calculate yourself from Einstein’s most famous equation: E = mc2.

An electron in the ground state — remember, the lowest-energy state — won’t be in a specific place at a specific time, like a planet orbiting a star would be. Instead, it makes more sense to calculate the probability distribution of the electron: the odds, averaged over space and time, of finding it in a particular location at any particular moment. Remember that quantum physics is inherently unlike classical physics: instead of being able to measure exactly where a particle is and how it’s moving, you can only know the combination of those two properties to some specific, limiting precision. Measuring one more precisely inherently leads to knowing the other less precisely.

As a result, we do better to think of an electron not as a particle when it’s in a hydrogen atom, but rather as a “probability cloud” or some other, similarly fuzzy visualization. For the lowest-energy state, the probability cloud of an electron looks like a sphere: you’re most likely to find it an intermediate distance away from the proton, but you’ve got a non-zero probability of finding it very far away or even at the center: within the proton itself.

The position of the electron at any moment in time doesn’t determine its energy; rather the energy level that the electron occupies determines the relative probabilities of where you’ll find the electron.

There is a relationship, though, between the average distance you’re likely to find the electron at from the proton and the energy level of the electron within the atom. This was the big discovery of Niels Bohr: that the electron occupies discrete energy levels that correspond to, in his simplified model, being multiples of a specific distance from the nucleus.

Bohr’s model works incredibly well for determining the energies of transitions between the various levels of the hydrogen atom that the electron can occupy. If you have an electron in the first excited state, it can transition down to the ground state, emitting a photon in the process. The ground state has only one possible orbital that the electrons can occupy: the 1S orbital, which is spherically symmetric. That orbital can hold up to two electrons: one with spin +½ and one with spin -½, either aligned or anti-aligned with the proton’s spin.

But when you jump up to the first excited state, there are multiple orbitals the electrons can occupy, corresponding to the arrangement of the periodic table.

These energy levels were known way before Bohr’s 1913 model, going way back to Blamer’s 1885 work on spectral lines. By 1928, Dirac had put forth the first relativistic theory of quantum mechanics that included the electron and the photon, showing that — at least theoretically — there should be corrections to those energy levels if they had different spin or orbital angular momenta between them, corrections that were experimentally determined between, for instance, the various 3D and 3P orbitals.

But, in both Bohr’s and Dirac’s theory, electrons in the 2S orbital and the 2P orbital should have the same energies. This wasn’t measured until a very clever experiment came along in 1947, conducted by Willis Lamb and Robert Retherford.

What they did was prepare a beam of hydrogen atoms in the ground (1S) state, and then hit that beam with electrons that bump some of the atoms up to the 2S state. Under normal circumstances, these 2S electrons take a long time (a few hundred milliseconds) to transition back to the 1S state, since you have to emit two photons (instead of just one) to prevent your electron from undergoing a forbidden spin transition. Alternatively, you can collide those excited atoms with a piece of tungsten foil, which causes the atoms with 2S electrons to de-excite, emitting detectable radiation.

On the other hand, electrons in the 2P state should transition much more quickly: in about ~1 nanosecond, since they only need to emit one photon for the quantum transition. The clever trick that Lamb and Retherford used was to add in a resonator that could be tuned, bombarding the now-excited electrons with electromagnetic radiation. When the electromagnetic frequency reached just a tiny bit over 1 GHz, some of the excited hydrogen atoms started emitting photons right away (within nanoseconds), de-exciting back to the 1S state.

The immediate drop in the detectable radiation at the right frequency was an enormous surprise, providing strong evidence that these atoms had been excited into the 2P state, rather than the 2S state.

The implication, if you haven’t realized it yet, is astounding. Despite the predictions of Bohr, Dirac, and quantum theory as we understood it, the 2P state didn’t have the same energy as the 2S state. The 2P state has a slightly higher energy — known today as the Lamb shift — an experimental fact that the work of Lamb and Retherford clearly demonstrated. What wasn’t immediately clear was why this is the case.

Some thought it could be caused by a nuclear interaction; that was shown to be wrong. Others thought that the vacuum might become polarized, but that was also wrong.

Instead, as was first shown by Hans Bethe later that year, this was due to the fact that all of an atom’s energy levels are shifted by the interaction of the electron with what he called “the radiation field,” which can only be accounted for properly in a quantum field theory, such as quantum electrodynamics. The resulting theoretical developments brought about modern quantum field theory, and the interactions with virtual particles — the modern way to quantify the effects of “the radiation field” — provide the exact effect, including the right sign and magnitude, that Lamb measured back in 1947.

There are differences between the shift of a bound electron and a free electron, but even free electrons interact with the quantum vacuum. No matter where you go, you cannot escape the quantum nature of the Universe. Today, the hydrogen atom is one of the most stringent testing grounds for the rules of quantum physics, giving us a measurement of the fine structure constant — α — to better than 1-part-in-1,000,000. The quantum nature of the Universe extends not only to particles, but to fields as well. It isn’t just theory; our experiments have demonstrated it for more than 70 years.