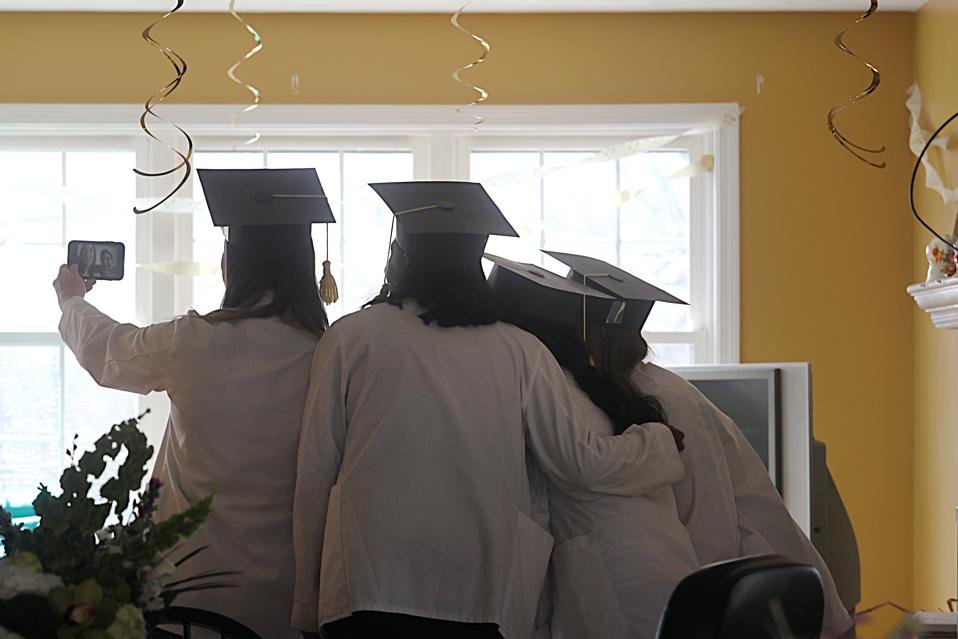 University of Massachusetts Medical School graduates participate in a FaceTime video chat in … [+] Worcester, Massachusetts after their in-person commencement was cancelled.

Topline: A university in Japan used robots controlled by students at home to allow graduates to virtually walk across the stage to receive their diplomas, as traditions to mark the end of the school year like prom, spring break and graduation are cancelled worldwide because of the coronavirus pandemic.

Key background: As of Tuesday, there were 1.4 million confirmed coronavirus cases worldwide, with more than 80,000 deaths, according to Johns Hopkins University. At least half of the world’s students are estimated to be out of school over coronavirus fears.