Breaking
Bernie Sanders Warns Republicans ‘Will Win’ In 2022...
5 Tips For Virtual Networking Success
10 Ways Covid-19 Vaccine Supply Chains Need To...
Here Come The Workers: 4 Steps To Take...
First Electric Car? Consider These Four Big Upsides...
What’s Missing From Howard Marks’ “Something Of Value”
A 10 Billion-Year-Old ‘Super-Earth’ Has Been Found In...
David Einhorn Warns Of Danger From Valuation-Indifferent Investors
How Safe Is Your Stock Portfolio Over 30...
Technology Is Rapidly Changing Cancer Care
4 Major Market Changes In 2020 That Can...
Boston Globe Starting “Fresh Start” Initiative As Part...
Can Money Protect You From Covid-19? It May...
The Most Important Voice In Artificial Intelligence: Frontline...
How to Start an Online Store
Amazon’s Small Business Empowerment Team Is Helping Entrepreneurs...
Home Business Queen’s ‘Greatest Hits’ Has Now Been Charting In The U.K. For 17 Years
Business

Queen’s ‘Greatest Hits’ Has Now Been Charting In The U.K. For 17 Years 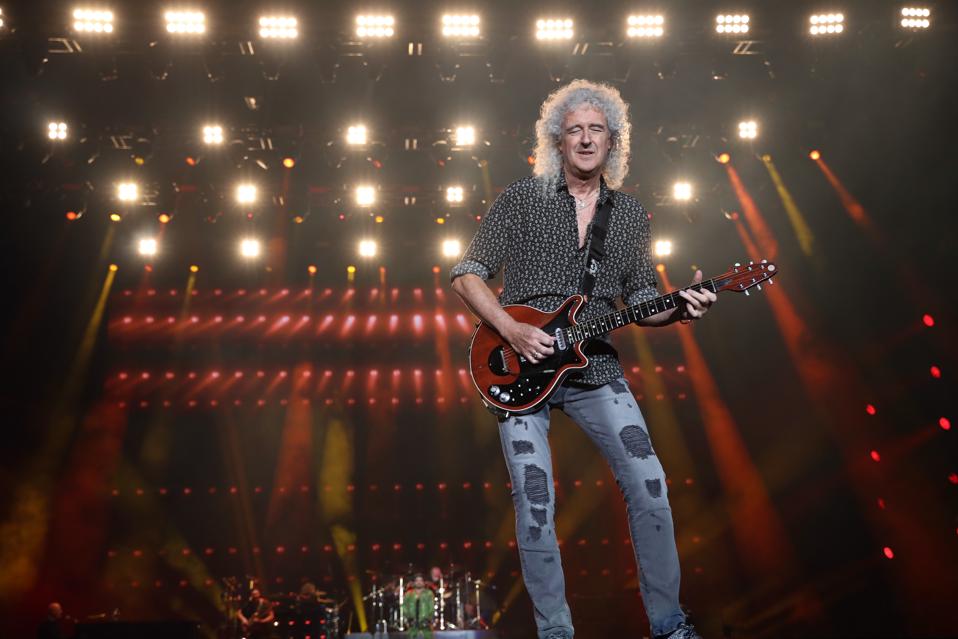 Queen is one of the most successful bands of all time, and they have the sales data to back up that claim. While their music has reached countless listeners in every country on the planet, their most loyal fans remain in the U.K., where it all started for the four musicians. They continue to sell and stream very well to this day, and this week, their biggest title yet reaches a very special milestone.

The group’s Greatest Hits compilation, which is comprised of over a dozen of the band’s smashes, including tracks like “Bohemian Rhapsody,” “Don’t Stop Me Now,” “We Will Rock You” and of course, “We Are the Champions,” has now spent 884 weeks on the Official Chart Company’s albums ranking, which lists the best-performing releases every frame. That’s exactly 17 years, an incredible show of longevity for any act in any territory.

It should come as no surprise that 17 years on the chart is a historically-long tenure for any single piece of music, greatest hits compilation or otherwise. In fact, in the history of the U.K. charts, only one other title has managed to find space between Nos. 1 and 100 for as long. Only ABBA’s Gold – Greatest Hits has held on for longer. That set has now charted for 932 weeks, or just shy of 18 years.

When it was first released in the early ‘80s, Greatest Hits was a moderate success, but it went on to pick up steam throughout the years, eventually becoming not just one of the longest-charting releases ever, but also one of the bestselling.

Queen’s entire catalog has enjoyed something of a sales boom ever since Bohemian Rhapsody, the biopic about frontman Freddie Mercury, was released in 2018. The soundtrack, which served as another compilation of their biggest smashes, also performed very well.

Impressively, Greatest Hits isn’t barely holding on, as some might expect of a title that’s now spent 17 years on the list. Instead, it’s up to No. 17, earning yet another week inside the top 20, and it’s unlikely to depart the top 40 anytime soon.

Greatest Hits is one of seven Queen releases that have spent at least a full year on the U.K. albums chart, and one of three that have made it to triple-digit frames on the ranking.