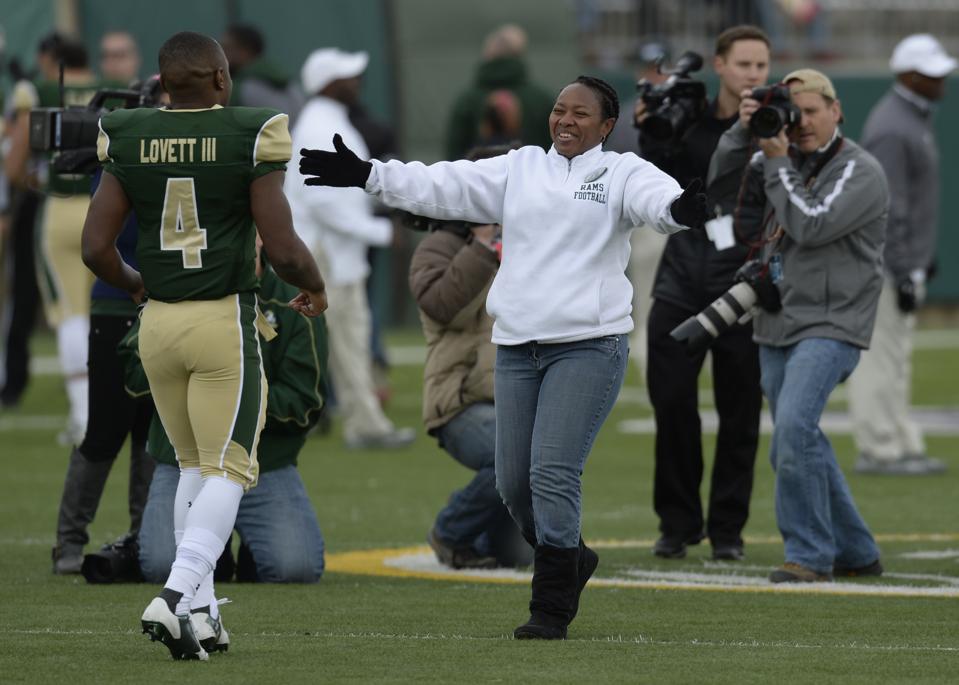 June 1 is here. Many Power 5 athletic programs have begun to welcome back small subsets of athletes from football and basketball programs to begin voluntary workouts on campus. Sports Medicine staff have been planning as if they are going into battle with an enemy. In effect, they are. The enemy is Covid-19, and it lurks everywhere human beings go, both on campus, and anywhere inside a practice facility.

Last week, USA Today wrote about UCLA’s radical decision to involve their athletes in the return-to-play decision process. As far as I know, the Bruins are the first to address this publicly, and they were pushed by Elijah Wade, a former player. Beyond this, I haven’t seen much (any?) discussion about what parents of athletes think about the safety of their children returning to participate in voluntary workouts. The Athletic wrote of a survey they conducted with 45 athletes in revenue producing sports asking them what they think about returning to practices. What a novel idea—let’s ask the athletes what they think.

What are the cleaning protocols for the following areas?

Things like: Locker rooms, training rooms, physical therapy areas, hot/cold pools, strength and conditioning areas, equipment rooms and storage areas,pPractice facility rest rooms, crash bars and handles on doors, and practice equipment and balls. If there is an in-facility food area, you should ask about that. If possible, walk through these areas and see them for yourself. 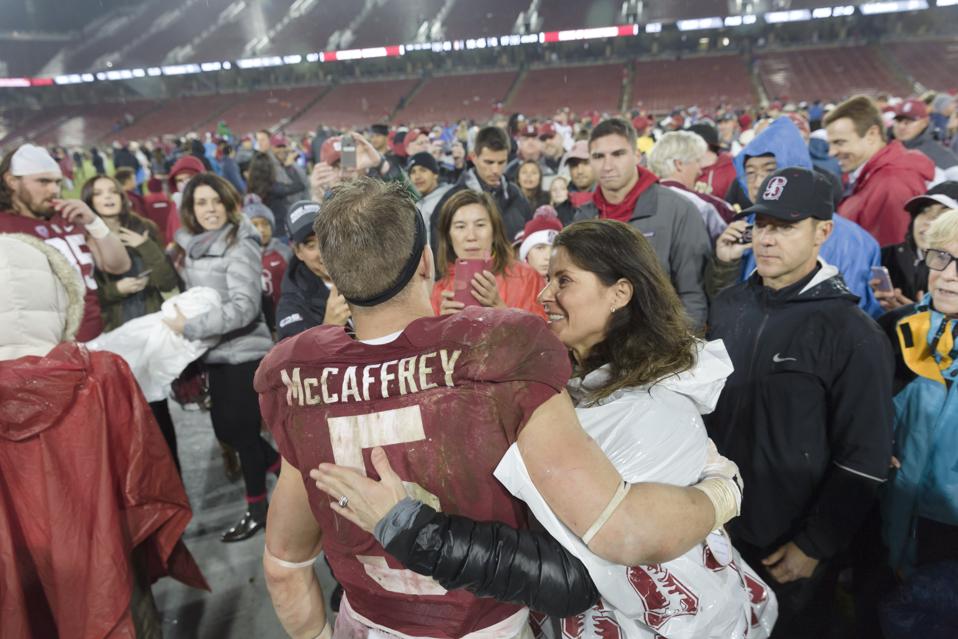 What are the plans for testing? How often?

The costs for testing and the ability to get a quick, accurate result are two of the largest sticking points for college sports. We know that virus carriers can be asymptomatic for days. We also know that removing virus carriers out of the facility as quickly as possible will be critical for limiting the spread. Specifically, you should ask:

·     How many times will my son or daughter be tested this season?

·     How will you go about protecting my child’s HIPAA/ADA rights if they get sick?

·     How quickly will the tests be turned around?

The last question is very important, as no athletic department has publicly stated who will pay for the tests, so it’s important to ask. General media reports indicate that each test costs from $65 to $150; that can add up quickly if testing frequently.

Will the coaches, assistant coaches, managers, videographers, statisticians and athletic trainers all be wearing masks? If not, why not?

Pretty self-explanatory, but still, its not clear how effectively coaches will be able to communicate in cavernous spaces like gyms, outdoor fields, and indoor facilities with masks on. Recently, we have heard of choirs who have transmitted the virus via respiratory droplets while singing. It’s not at all clear how coaches would be exempt from this same phenomenon. Ask what the plan is, and then ask your son or daughter if it’s being followed regularly.

Ask the coaching staff about drills and schemes. How do they plan to manage drills where a ball is passed back and forth? If they are not planning on introducing a ball at the beginning of practices, what’s the plan when they do? And when athletes return to common shared spaces like locker rooms and team rooms, how will they file in and out of those spaces safely countless times a day?

What are the bus, air charter and hotel travel plans?

If the voluntary workouts are successfully managed, the next steps are to begin to prepare for away trips in the fall. I wrote extensively about this in earlier articles for Forbes; suffice it to say, its complicated and parents should ask a lot of questions. 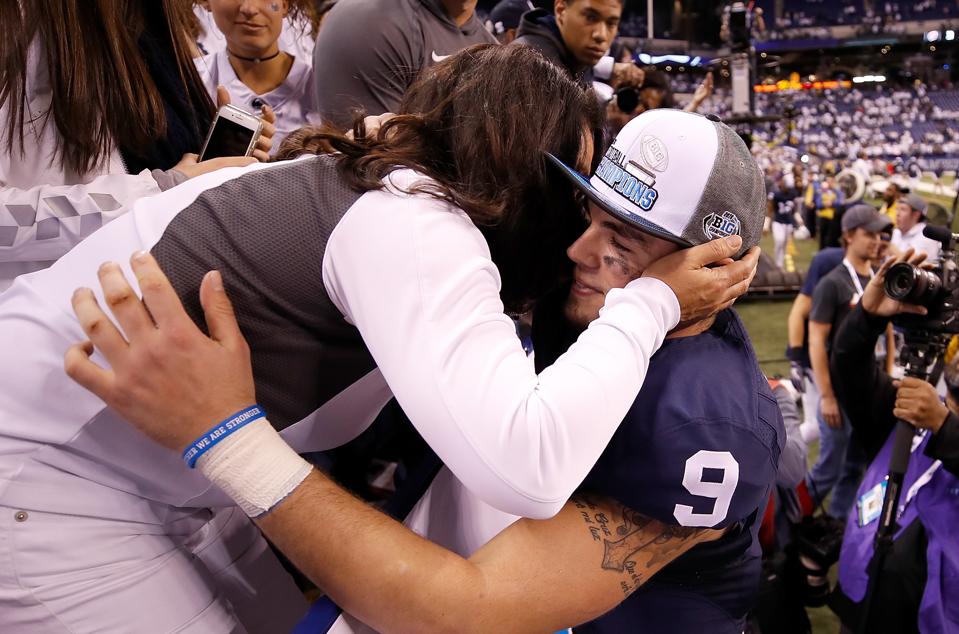 If someone in the facility gets sick, what are the plans for them? For everyone else?

Campuses are preparing quarantine areas for the general student population. If a revenue sport athlete gets sick, are they treated like every other student? Or are they housed in separate facilities with only other athletes? And, do schools plan to implement a 14 day quarantine for all athletes traveling back to campus from an out of area location? Initial readings of media reports indicate widespread disparities when it comes to whether athletes will immediately go into quarantine when they return to campus to work out.

The American College Health Association provides more guidelines as to what to look for. You can find out more here.

What are the expectations for using medical insurance? Who will pay for my son/daughter’s medical bills if they get sick? How will the housing arrangements work if a member of the team gets sick?

The most important question you can ask is how your medical insurance will be used in any or all of these scenarios. As part of remaining eligible, athletes must demonstrate that they have medical insurance that covers their participation in college sports. Take a look at your insurance policy now. What does it cover? Does it include testing for Covid-19? How frequently? If your child needs to visit an emergency room, what are the expenses that you will need to cover? During this pandemic, nearly 40 million Americans became unemployed, and with so many lacking access to health insurance via their employer, this becomes a critical issue for the safety of your child.

There is a lot at stake here. Lauren Rich, a retired labor attorney, laid the issue out directly: “They’re essentially powerless, and it’s a terrible position to be in, particularly in a situation like this. The obvious thing is they have scholarships and it gives schools and coaches kind of unilateral control over them. In order to retain scholarships, they have to play.”

The parents are the ones who have power in this situation, and they need to engage.

A final comment, also in The Athletic, from Doug Allen, the former executive assistant director of the NFLPA: “Any coach or athletic director who isn’t trying to find a way to make sure that players feel like their fears and concerns are listened to is going to suffer in the long run. If for no other reason, it’ll be used as a recruiting tool in the future to say, ‘We gave our athletes a chance to be heard and here’s how they were effectively heard,’ and, ‘We paid attention to what they said.’ This will distinguish one university from another, how they respond to this. They better be damn careful.”

For more in depth conversations about college sports and higher education, listen to my podcast “Trustees and Presidents-Managing Intercollegiate Athletics” available where ever you get your podcasts.

How To See The Planets At Their Closest...

Warning: Here’s Why You Must Check All Your...