Breaking
Rival Independent ‘Oversight Board’ Formed By Facebook’s Rivals
Meet George The Poet: Spoken Word Artist Partnering...
Parrot Plumage Color May Be Linked To Body...
Best Applicant Tracking Software
Recent Precious Metals Dip A Buying Opportunity
Looking For Venture Capital? Here’s How One 50+...
Trump Will Create More Debt Than Obama
Growing Your Retirement Money Using 401(k) Dollar-Cost Averaging
Wellness Exec Abby Miller Levy Partners With Venture...
Microsoft Teams Issues Strike To Zoom With Tidal...
What’s Coming For The S&P 500 In October
4 Ways You Can Showcase Empathy With Your...
A $22,000 Microsoft Surface Will Soon Be For...
Zooming In – Should SMEs Invest In The...
iOS 14: The Surprising Security Risk Of Sharing...
How A Break From Lord Sugar Changed The...
Home Technology ‘Rain On Your Parade’ Brings Wacky, Lo-Fi, Cloud-Based Antics To Switch And PC In 2020
Technology

‘Rain On Your Parade’ Brings Wacky, Lo-Fi, Cloud-Based Antics To Switch And PC In 2020 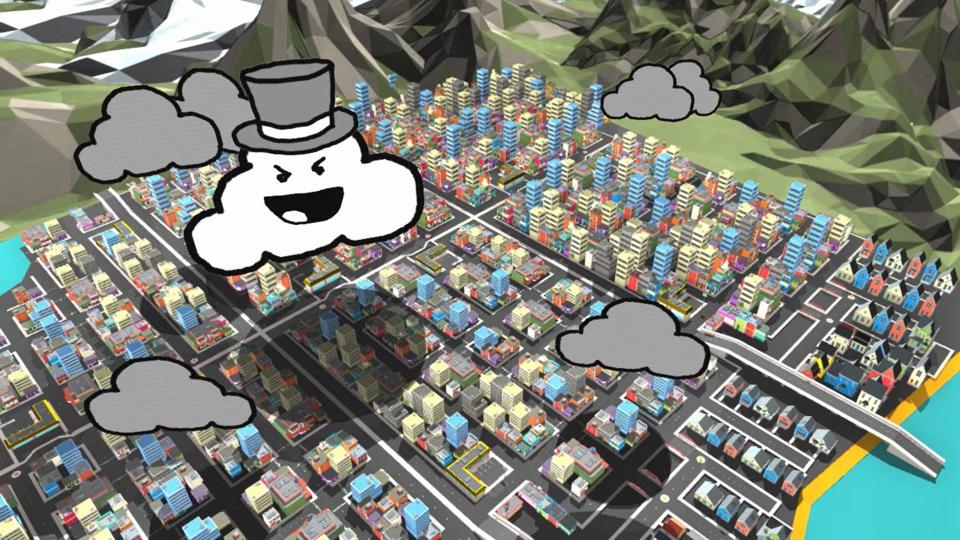 ‘Rain on Your Parade’ comes to PC and Switch sometime this year.

2020 is the year for the big hitters to shine, but for all the excitement surrounding massive releases like the Xbox Series X, PlayStation 5, Cyberpunk 2077 and DOOM Eternal, the indie scene gleefully marches on with fresh ideas for the year ahead.

One tiny studio–the award-winning Unbound Creations–is adding to the small-scale ranks by taking a simple, funny idea and running with it, launching it on Steam and the Nintendo Switch on “a rainy day in 2020”.

The developer, founded and led by Seattle-based Jakub “Koobazaur” Kasztalski, is putting the finishing touches to Rain on Your Parade: a unique concept in which you play as a 2D cloud in a 3D world, where your job appears to be spoiling weddings, wiping out the dinosaurs and committing (or preventing) multiple acts of arson.

To say it looks visually basic is an understatement, but the overriding idea–in combination with the previews put forward in its quickly unfurling trailer–shows there’s a little more to this bare-bones experience than meets the eye.

Once the Alanis Morissette-style rain on a wedding day scenario plays out, the trailer sends up games quicker than the excellent What the Golf?: Counter-Strike, Metal Gear Solid and SimCity are all drawn into the experience in a matter of seconds.

Yes, the menus look like they’re a PowerPoint presentation solely using Arial font, and okay, shadow textures solely extend to a gray disc under your floating, raining anti-hero. Yet it has a self-aware, underdog charm, channeling fun through its isometric, Minecraft-like boxy aesthetic that has been so well used by the likes of Stikbold!, Riverbond and Think of the Children.

Unbound Creations promises plenty more from the title, too:

Rain on Your Parade is a whimsical romp through a variety of levels, each with their own theme. Explore (or destroy) a quaint farmhouse and garden, defend against armed forces, learn new weather abilities like thunder or tornado–all as a happy little cloud! An evolving score system and hidden achievements combined with a wide array of power-ups and humor to provide an uplifting player experience that never gets old. Expect the unexpected and get a few chuckles along the way! 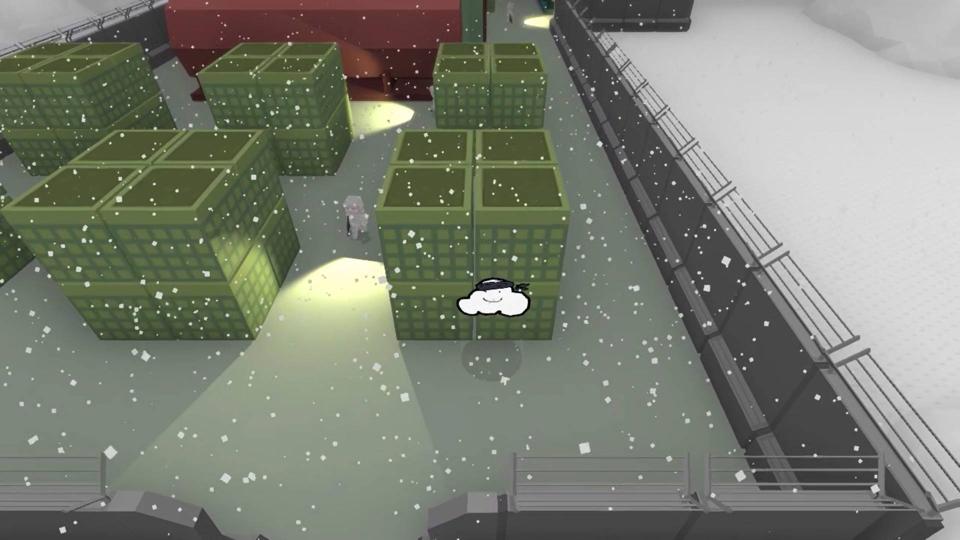 ‘Rain on Your Parade’ draws on other classic games, such as ‘Metal Gear Solid’.

It’s difficult to see exactly how deep the gameplay will be; at the moment, it doesn’t showcase how its “evolving scoring system” works, or what the end goal is. However, as fellow indie game Untitled Goose Game proved, sometimes the act of being a bit of a dick is enough to create a fulfilling experience.

Will it be good? Who knows. But one thing’s for sure: it’s like nothing else that’s getting released this year, so it’s always worth a try.