Breaking
As Biden Admin Eyes Canceling Student Loans, Taxpayers...
How Social Media Is Helping Cryptocurrency Flourish
Here’s What You Need To Know About AstraZeneca’s...
Mini Gifts: What To Get For Your Colleagues...
Report: Biden Picks Janet Yellen For Treasury Secretary
Policy Priorities
Eight Key Steps To Landing Your Product In...
How Much Room Is There For E-Kick Scooter...
Why We Must Update The Law For The...
The Tax Rules For Home Businesses And Working...
How To Use The ‘E.R.I.C.’ Framework To Tackle...
‘Destiny 2: Beyond Light’ Review: A Frozen Triumph
Five Steps To Faster Market Research
What’s The Upside For NetApp Stock?
Why Automated Machine Learning Is Becoming A Must-Have...
Is The Caruso 2020 A Serious Challenger To...
Home General Ranking The Best Claymores In ‘Genshin Impact’ (v1.0 Edition)
General 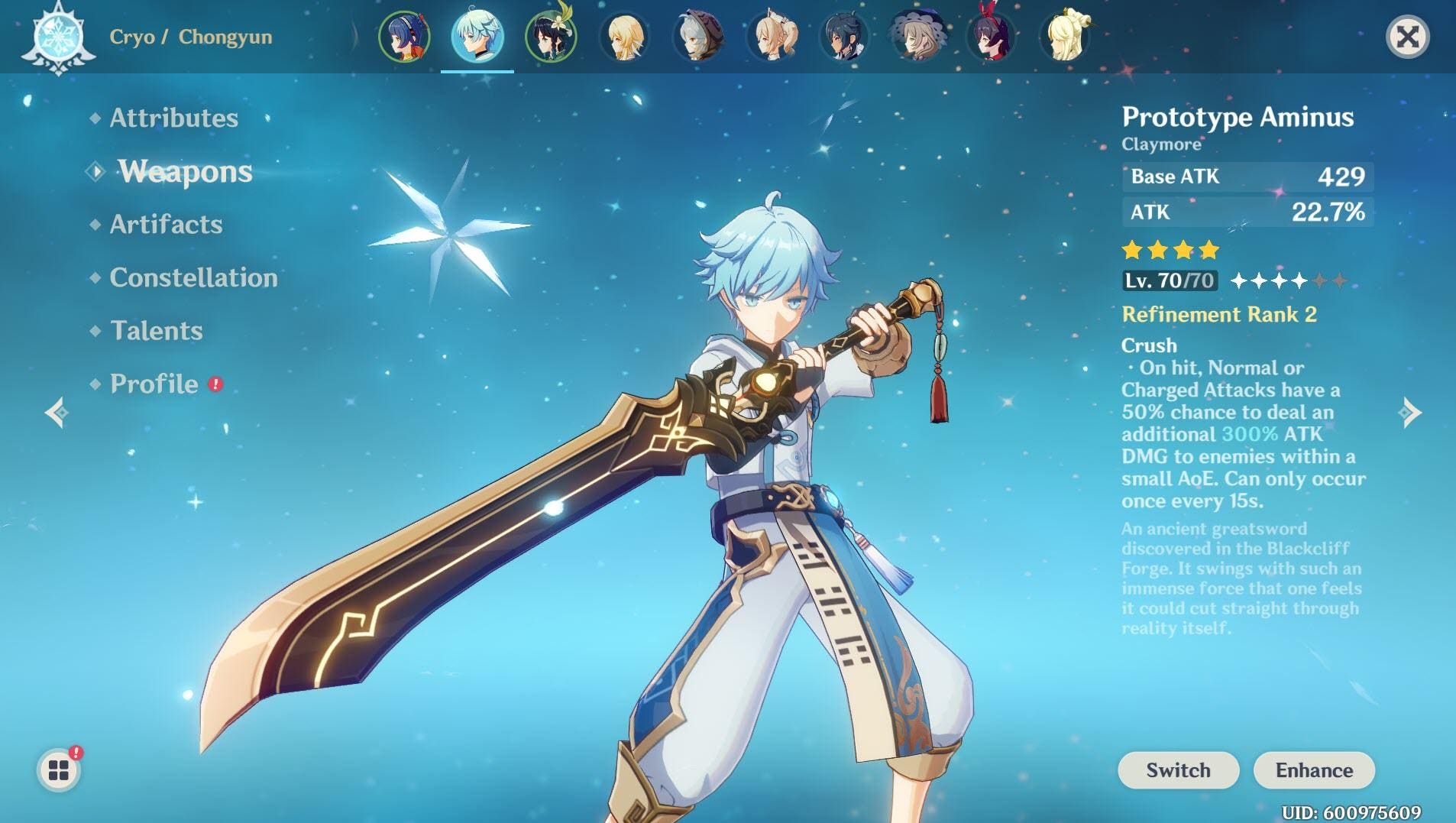 As my Genshin Impact weapon ranking list project presses on, we have moved to claymores, which I would argue are hugely important given that some of the best characters in the entire game use them, and it can be hard to know which ones to commit to for the long term.

As a reminder, here are the characters currently in the game that use claymores, and between armor breaking and mining and huge DPS, you will probably always want to have one of these in your squad. I know I do.

Diluc is one of the best characters in the game, if not the best right now for DPS. Chongun is an essential part of like 80% of teams in the game I’ve seen with his ice powers. Razor was an early favorite for me. Noelle is on the new featured banner. I still do not have a Beidou.

So, which Claymores should you be hunting? It may not surprise you which two are at the top here:

2. Skyward Pride (5 star) – Increases all DMG by 8%. After using an Elemental Burst, Normal or Charged Attack, on hit, creates a vacuum blade that does 80% of ATK as DMG to enemies along its path. Lasts for 20s or 8 vacuum blades.

3. Prototype Animus (4 star, can be forged) – On hit, Normal or Charged Attacks have a 50% chance to deal an additional 240% ATK DMG to enemies within a small AoE. Can only occur once every 15s.

5. Blackcliff Slasher (4 star) – After defeating an enemy, ATK is increased by 12% for 30s. This effect has a maximum of 3 stacks, and the duration of each stack is independent of the others.

7. Serpent Spine (4 star) – Every 4s a character is on the field, they will deal 6% more DMG and take 3% more DMG. This effect has a maximum of 5 stacks and will not be reset if the character leaves the field, but will be reduced by 1 stack when the character takes DMG.

8. The Bell (4 star) – Taking DMG generates a shield which absorbs DMG up to 20% of max HP. This shield lasts for 10s or until broken, and can only be triggered once every 45s. While protected by the shield, the character gains 12% increased DMG.

9. Favonious Greatsword (4 star) – CRIT Hits have a 60% chance to generate a small amount of Elemental Particles, which will regenerate 6 Energy for the character. Can only occur once every 12s.

10. Rainslasher (4 star) – Increases DMG against enemies affected by Hydro or Electro by 20%.

11. Lithic Blade (4 star) – For every character in the party who hails from Liyue, the character who equips this weapon gains 6% ATK increase and 2% CRIT Rate increase.

So, a few things to note here. 5 star weapons have higher base damage than lower tier weapons so that just makes them amazing at baseline. It helps that both the 5 star claymores also have very good perks, and Gravestone’s ability to increase the attack damage of your entire party by 40% is wild.

My favorite, since I don’t have any 5 star claymores yet, is Prototype Animus because you can forge it and it also happens to be good with its AOE damage strike. Royal Greatsword is great for high crit damage builds.

Some of these are situational in a way that can work, Rainslasher for Razor or Beiduou for instance, some are so situational they’re just goofy, aka Lithic Blade which requires you to keep track of which characters are from Liyue? Get outta here.

Claymore heroes are top notch for DPS and these are your best options for them. Let me know your own favorites on Twitter.