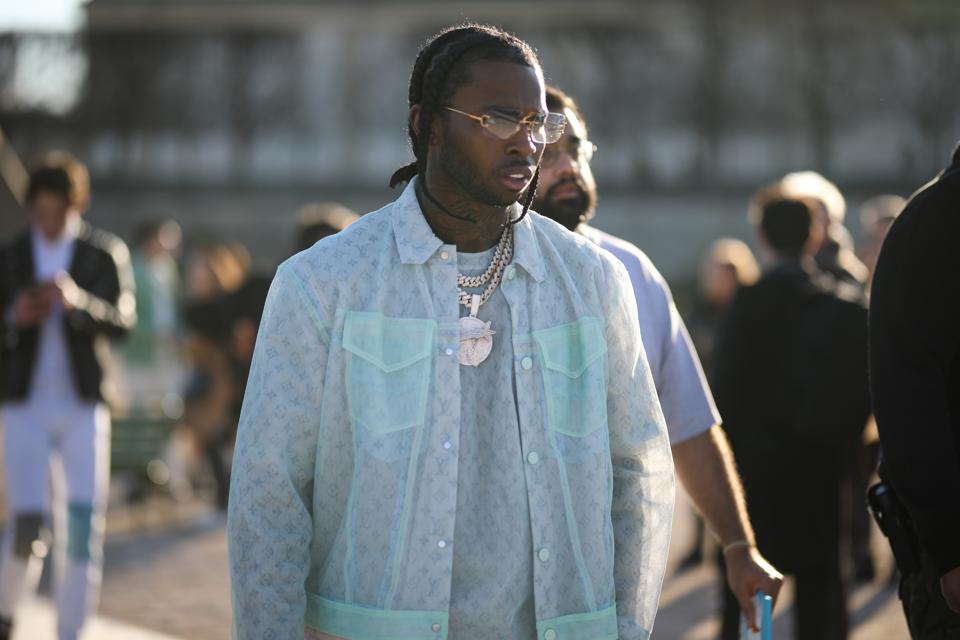 Just a few hours ago, the terrible news spread across the internet that rapper Bashar Barakah Jackson, better known to the public as Pop Smoke, was dead. Details are still scarce at this early time, but it appears that several men broke into his home in the Hollywood Hills and fatally shot the musician during a botched burglary. There’s no word on if the property was targeted specifically or if this was a random occurrence, but no matter the answer, this is a tragic loss of life, and it’s yet another promising career cut far too short.

Aged just 20, Pop Smoke only released a pair of mixtapes in his life, but with those two collections, he achieved more than many of his contemporaries will given much more time. In less than one calendar year, the rapper went from a relative unknown to someone who was working with the biggest names in the field, and who was beginning to chart like them as well.

By last year, the rising hip-hop musician had started to become a fixture in his hometown of New York City, but his ambitions were much bigger than any one town, even if it’s the greatest one in the world. In July, he finally released a mixtape that would kick things off in an incredibly exciting way. His debut commercial offering Meet the Woo arrived mid-summer, and it was a minor success, but a huge step for someone just getting started. The set made it to No. 173 on the Billboard 200 all-genre albums list.

That collection spun off the single “Welcome to the Party,” which would go on to become something of a signature for the rapper. While it didn’t make it to the Hot 100, it did come very close, stalling at No. 5 on the Bubbling Under chart, which is essentially a 25-spot extension of the most important singles ranking in the U.S. That tune was aided by remixes from the likes of Skepta and Nicki Minaj, two titans who have the power to turn a catchy cut into a true smash.

Just a few months later, Pop Smoke started 2020 right by declaring this would be the year he became even bigger, and he wasted no time in doing so. He joined new hip-hop supergroup Jackboys, comprised of Travis Scott, Sheck Wes, Don Toliver and Chase B, on their debut self-titled EP as a band. The set easily debuted atop the Billboard 200, and Pop Smoke earned his first Hot 100 placement as a featured act on the song “Gatti,” which lifted to No. 69.

It was only about one month later that Pop Smoke was back with a new collection, his sophomore mixtape, the obviously-titled Meet the Woo 2. The project didn’t just perform better than its predecessor had half a year before, it became one of the most successful titles in the country, debuting at No. 7 on the Billboard 200 with 36,000 equivalent units shifted. Almost all of those came from streams, as the set was able to rack up millions upon millions of plays in just a few days.

The news that Meet the Woo 2 launched inside the Billboard 200’s top 10 was first reported just three days ago.

Meet the Woo 2 wasn’t just a commercial gain, it was proof that his fellow musicians in the field noticed his meteoric rise and wanted to take part in it as well. The 13-song tracklist features guest spots by names like Quavo, A Boogie wit da Hoodie and Lil Tjay, all of whom quickly became stars themselves in the past several years.

The mixtape produced the track “Dior,” which gave Pop Smoke an even better showing on the Bubbling Under chart, as it missed out on the Hot 100 by only a single rung.

All the signs suggested that Pop Smoke’s trajectory was continuing to head straight up, and that he was likely going to join a crowd of exciting talents in hip-hop who seemed to come from out of nowhere to conquer the Billboard charts with new albums and hit singles that took over streaming services. He had the work ethic, the talent, and clearly those with the success and the ear for great music understood what could have been next for him. His death is truly awful, but perhaps even worse is wondering what could have been in just a few years, or maybe even a handful of months.

The world had only just started to get to know Pop Smoke, but his music lives on after him.

Wondering How To Motivate Your Tech Team? Try These Six Methods

What Entrepreneurs Are Reading To Help With The...

What Employers Need To Know About Student Debt