Breaking
Entrepreneurs Are Bringing Transparency To Home Buying And...
Best Incentive To Get Vaccinated: Money, Messaging, Or...
Page Level Query Analysis at Scale with Google...
How A CIO Can Align IT With Business...
Blogger of the Month: Jo, Girl Eats World
6 Things Women In Business Know That Men...
How to Use First-Party Data for Ad Personalization
Pressing Reset—Putting A Fallen Unicorn Back On Its...
How We Went Viral: Promoting Content with Influencers,...
Blame Olympic Record Price Tag For Return To...
Apple iOS 14.5 Release: Should You Upgrade?
How to Come up with Podcast Topics and...
Why Gaming Gear Company Razer Launched A $50...
Technical SEO Implementations to Increase the Impact of...
30 Brilliant Ways to Market Your Eco-Friendly Shopify...
15 Tech Industry Leaders Share Overused (And Misused)...
Home Business Raptors Beating Lakers Proves They Won’t Give Title Up Without A Fight
Business 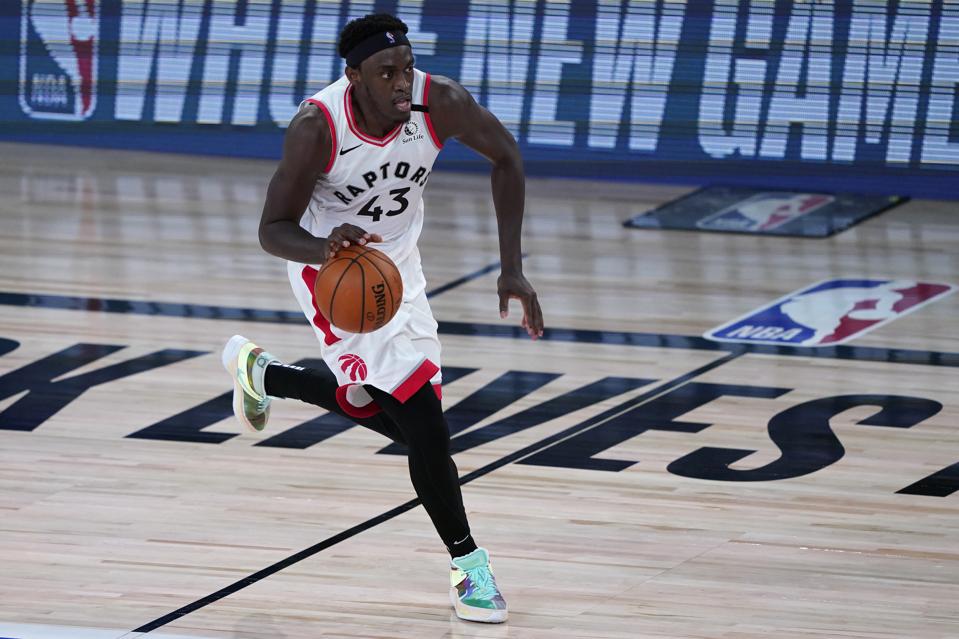 Pascal Siakam and the Raptors proved they belong among the NBA’s elite after trouncing the Lakers on … [+] Saturday night. AP Photo/Ashley Landis, Pool

Championship teams have the ability to win all types of games, even when they’re not at their best. The defending champion Toronto Raptors proved they can do that with Saturday night’s virtuoso defensive performance in its 15-point upset of the L.A. Lakers on Saturday night.

The Lakers were playing their second game in three days to begin the Orlando restart and may have been flat offensively because of that, but holding a title contender to 35.4% shooting and limiting LeBron James and Anthony Davis to a combined 34 points is an accomplishment to be celebrated.

The defensive looks put out there by Toronto head coach Nick Nurse, a proven elite x’s and o’s tactician in the league, helped keep L.A. at bay, as did the interior defense of Marc Gasol, Pascal Siakam and Serge Ibaka. But it was Kyle Lowry’s 33-point, 14-rebound, six-assist effort that truly stole the show.

The Lakers didn’t have an answer for Lowry despite having strong perimeter defenders in Danny Green and Alex Caruso, and it’ll be interesting to see if Los Angeles has issues with opposing point guards during this seeding period, especially if it has to go against someone like Ja Morant or Damian Lillard in the first round of the playoffs. A bright spot for the Lakers, however, has been the strong play from Kyle Kuzma over the first pair of games. 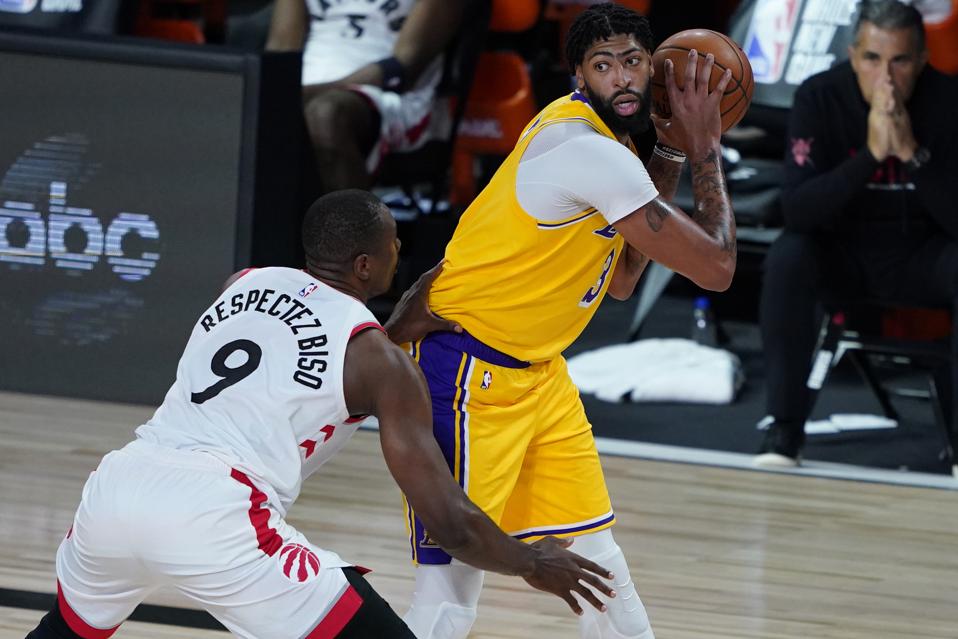 But Toronto showed that its championship DNA runs deep even without Kawhi Leonard on the roster. The Raps managed to beat the Lakers despite shooting 41.7% and getting outscored 50-15 in bench points. The starting five was superb, hitting 13 of its 25 attempts from three and going 23-of-26 from the line.

If the champs can get this kind of play regularly from OG Anunoby, watch out. His 23 points on 8-of-9 shooting is a kind of effort that can enable the Raptors to hang with any team in the league.

“Seriously man, we love to play the games and we like to compete, we know we’re tough to beat, we really do,” Nurse said after the game, “and I think there’s a ceiling we can get to yet.” 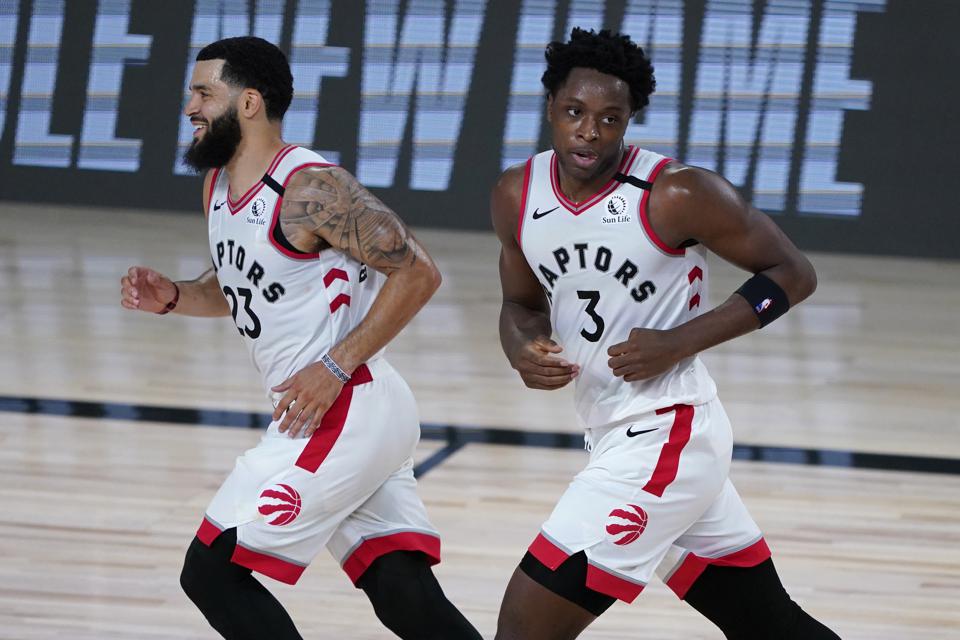 Fred VanVleet and OG Anunoby were superb in Toronto’s win over the Lakers on Saturday. Photo by … [+] Ashley Landis – Pool/Getty Images

Toronto didn’t play close to its best offensive game and barely got any contributions from the bench on that end and was still able to beat the contending Lakers by 15. There’s a reason people tell you to never underestimate the heart of a champion. And if the Raptors are still getting into rhythm, the supposed three elite title contenders of the Lakers, Milwaukee Bucks and Los Angeles Clippers may need to make some room.

The Toronto Raptors are still your defending NBA champions. And on Saturday, they proved that they won’t be giving up that title without a fight.

Jeremy Siegel On Why Rising Stocks Won’t Peter Out