Breaking
NBA-Backed Saliva Coronavirus Test Gets Emergency FDA Authorization
The Amazing High-Yield REIT Strategy For 7.9% Dividends,...
How To Attract Candidates To Hard-To-Fill Positions
Trump: I’m ‘Ready’ To Take Action On Stimulus...
Apple iOS 13.6.1 Release: Should You Upgrade?
Non-PPP Loan Approvals Continue Slow But Steady Rebound
Here’s How To Stay One Step Ahead Of...
Microsoft Outlook Will Store Contacts’ Blood Group And...
How The US Department Of Health & Human...
Why Do Chinese Companies List Their Shares In...
Can You Get Covid-19 Coronavirus From Food? Frozen...
Winklevoss Twins Tell Bar Stool’s Dave Portnoy To...
How Democrats And Republicans Would Tackle The Enduring...
Berkshire Hathaway Doubles Down On Net Lease REIT,...
70% Of Americans: Ban Foreign Apps
This Week In Credit Card News: Pandemic Brings...
Home Business Real Madrid Have Offer Accepted For Flamengo Wonderkid Reinier And Again Top FC Barcelona
Business 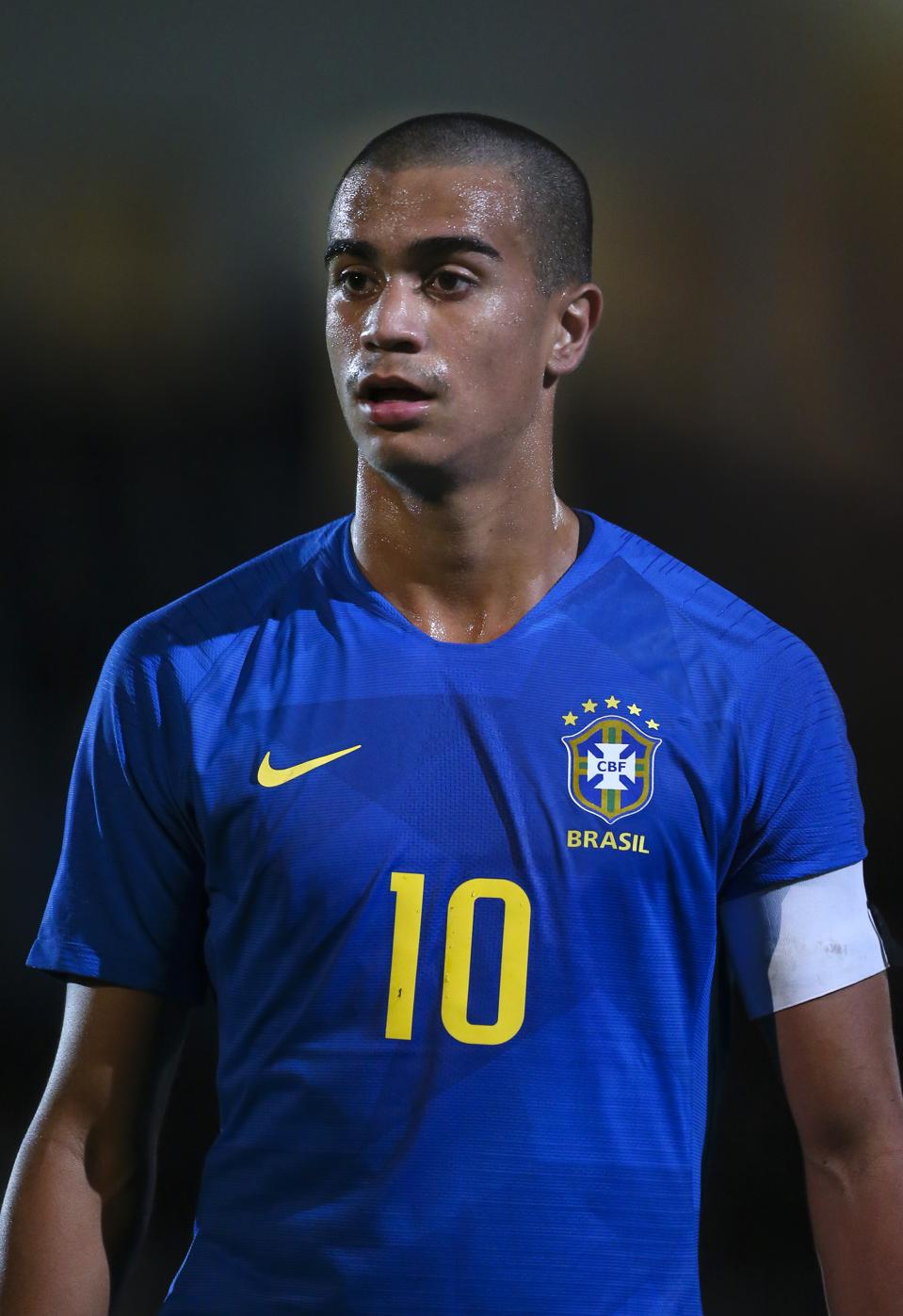 TELFORD, ENGLAND – OCTOBER 15: Reinier Jesus Carvalho of Brazil during the U17 International Youth … [+] Tournament game between England and Brazil at the New Bucks Head Stadium on October 15, 2018 in Telford, England. (Photo by James Baylis – AMA/Getty Images)

Real Madrid have had their offer accepted by Flamengo for Brazilian wonderkid Reinier Jesus Carvalho.

According to Goal Brasil, the 13-times European champions made a proposal of $39mn, which is $5.5mn more than the 17-year-old’s release fee.

On Friday, the Spanish giant’s representatives met with Reinier’s family and Flamengo directors to go over the particulars.

Of the sum, 80% will go to the Rio club and the remaining 20% will be divided equally between the player and his agent.

In what seemed a strange turn of events at the time, Reinier signed a contract late last year to reduce his release clause from $77mn to $33mn.

But this was to make sure that he did not sign for free with an outfit of his choice from July 1 onwards and have the Rubro Negro miss out entirely on making a profit from a talent they have groomed from 2015 onwards.

Now, it seems the only major sticking point is whether the U23 international will stay for another six months with the Brazilian and South American champions or head to the Spanish capital upon turning 18 on January 19.

By those close to him, the latter option is seen as the most beneficial to the prodigy’s budding career, so that he can make the necessary adaptations to life in Europe and then enjoy a full preseason camp prior to the 2020/2021 season.

For Los Blancos, the coup represents another victory in their transfer market proxy war with FC Barcelona.

As publications such as Mundo Deportivo had attested, the Catalans were also interested in signing Reinier, who can fill a number of roles in midfield and attack.

Also experienced when approaching Takefusa Kubo and Vinicius Jr however, the youngster was better convinced by the project presented to him by Bernabeu officials and will join campatriot Rodrygo as another star that got away from the Blaugrana.