It probably shouldn’t come as a big shock with sporting events being cancelled, concerts rescheduling, and Apple shutting down Apple Stores across the globe, but Record Store Day 2020 has officially joined the ranks of coronavirus event casualties. Fortunately for vinyl fans at this point it’s a postponement, not a cancellation. Originally scheduled for April 18, Record Store Day 2020 is now expected to be held on Saturday, June 20.

Serious audiophiles (with deep pockets) take note. Audio Research is releasing a special edition version of its award-winning Ref Phono 3 Preamplifier. This isn’t just a paint job — in fact Audio research says the only visual difference will be a back panel — but it will deliver significant enhancements to the original, including: “enhanced resolution at all levels, greater purity and focus, improved transient speed and snap, and increase in quality of dynamic shading.” The REF Phono 3SE Phono-Stage will be priced at $17,000.

If you already own the original Ref Phono 3 Preamplifier, you have the option of having an authorized service center install the special edition upgrades for $3,000.

If you’re looking for four or five hours of relaxing music while self-isolating or otherwise spending quality time at home, you might want to consider Rhino’s Fleetwood Mac 1975-1987 box set. 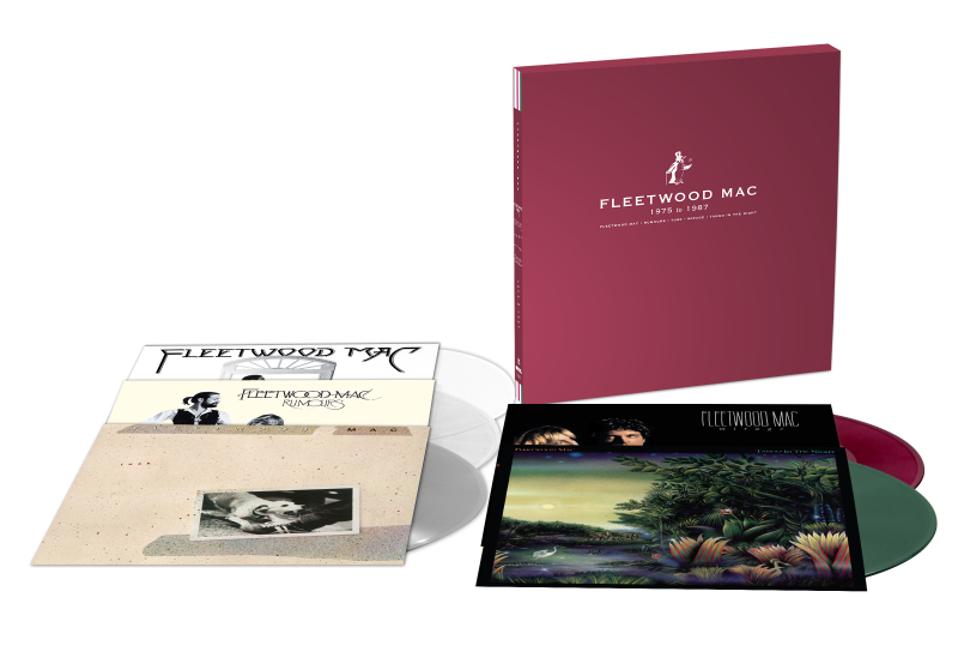 This is an individually numbered, limited edition, colored vinyl set, priced at $119.98 and available exclusively through the Rhino Store. The collection includes the band’s string of five multi-platinum albums: Fleetwood Mac (on white vinyl), Rumours (on clear vinyl), Tusk (on silver vinyl), Mirage (on violet vinyl), and Tango in the Night (on green vinyl). 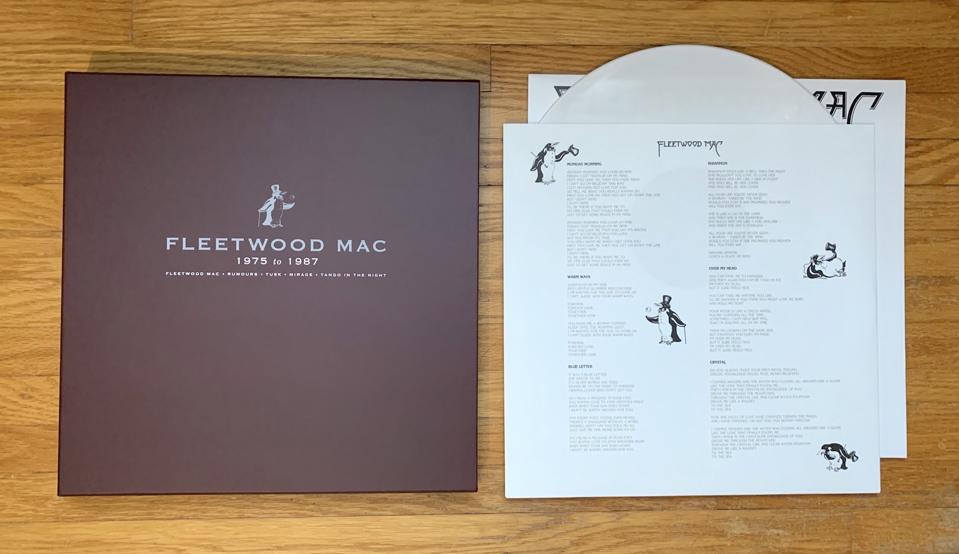 Rhino’s Fleetwood Mac box set is a colorful way to boost your vinyl library and makes for a great … [+] listening session.

My copy of Rumours was pretty battered, so I picked up the box set, which is one of 2,000 to be released. If your vinyl collection could use some Fleetwood Mac in it, this box set is a great option.

Coming in at the opposite end of the pricing spectrum from that The REF Phono 3SE Phono-Stage is a new offering from Electrohome.

The new Kingston 7-in-1 Vintage Vinyl Record Player stereo system is a vintage look all-in one system housed in a wood cabinet. You get the choice of walnut, cherry or black finish. Besides a belt-drive 3-speed record player, the new Kingston system includes AM/FM radio, Bluetooth (for streaming from a smartphone), and a CD player. Four speakers are housed within the acoustically-tuned cabinet as well. It also offers push-button USB recording of vinyl. 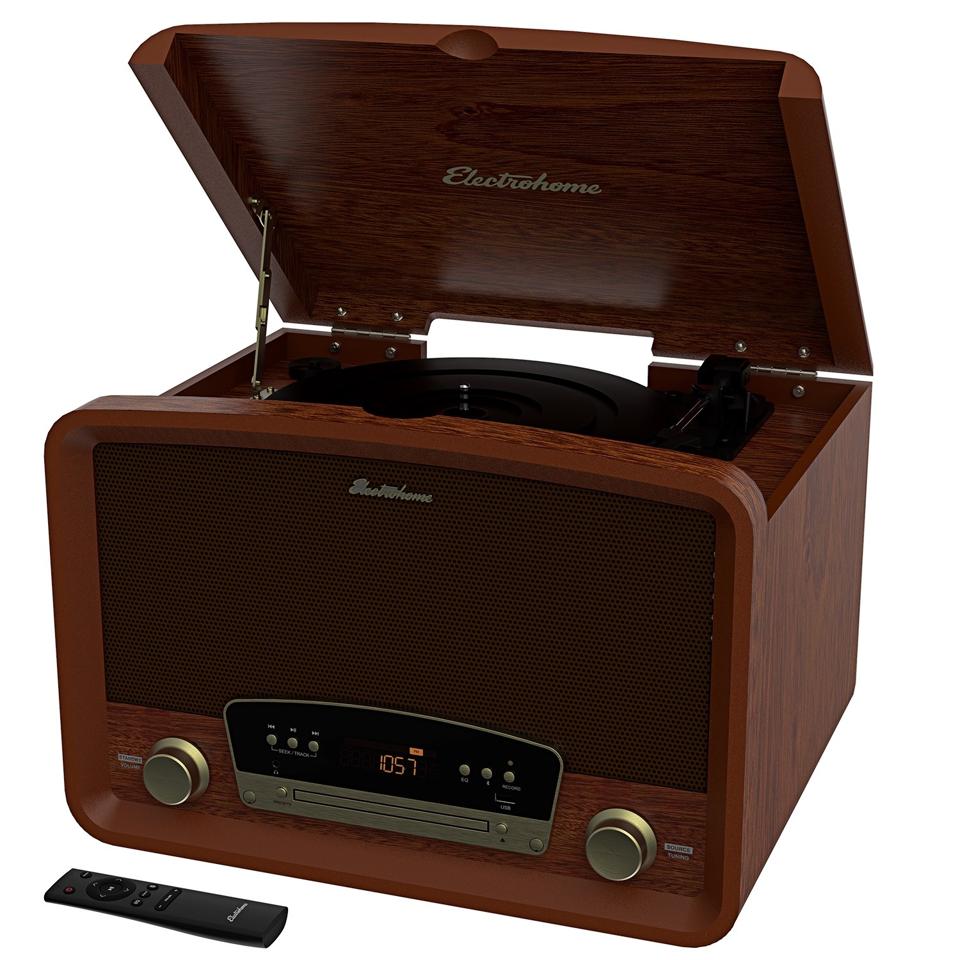 Also in the box is a remote control — with AA batteries included. Not bad for the $199 MSRP.

I have two evaluation units waiting to be unboxed for reviews on Forbes, and you might want to keep an eye out for these.

The first is the Spinbase Turntable Speaker System from Andover Audio. The $300 Spinbase is a compact, minimalist sound system that houses 4 drivers and a Class D amplifier in a thin cabinet with 270-degree audio. The cabinet is designed using proprietary Isogroove acoustic feedback elimination technology that allows you to position a turntable directly on top — without feedback. 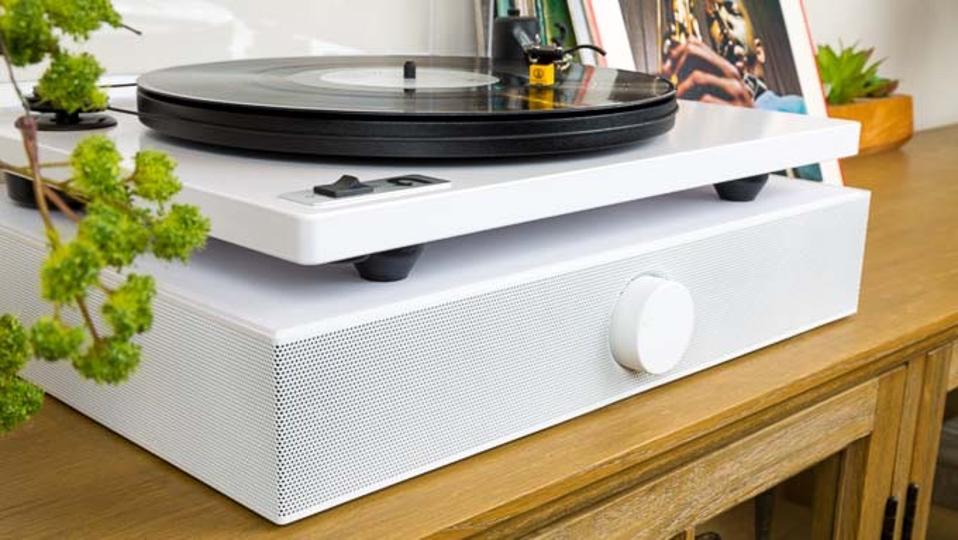 The second is an NAD C558 turntable. I had NAD’s D 3045 amp here to test a pair of PSB bookshelf speakers, and I’m looking forward to what the brand has to offer in the way of turntables. The NAD C558 is an affordably-priced option with an MDF plinth, glass platter and an Ortofon OM10 phono cartridge.

Expect to see these two reviews within the next month or so.