Recovery In The Cloud: An Online Alternative To Face-To-Face AA Meetings 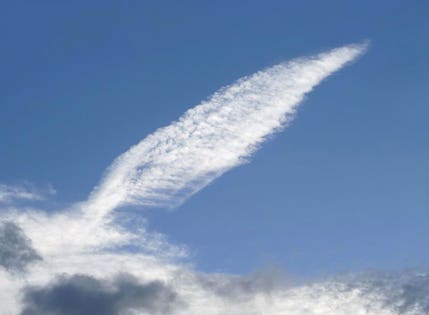 I’d like to start the year — and the decade — on a positive note. My beat at Forbes is the Cloud, social media, and where the two intersect. What I’ve seen over the last ten years, before and during my tenure here: the story of people-driven online communication has transformed from one of hope to despair. With today’s wild-west atmosphere in the social media sphere, it’s easy to miss what’s working, particularly in well-moderated forums designed to leverage some of the original promises and benefits of social media.

Today, on the first of January — when many people are waking late with hangovers and preparing to commit new year resolutions — I am thinking of one type of forum: online alternatives to face-to-face Alcoholics Anonymous (AA) meetings.

While there are other online recovery programs — AA itself has spawned and inspired many — the program I want to focus on today is the SMART Recovery online community. Two reasons why: I have attended close to 90 SMART online meetings in the last few months (the subject of another article I plan to write), and I see how this young organization (SMART was founded in 1994, the year the Netscape Web browser was born; AA was founded in 1935) came of age in the digital era. There are many other differences between the two. SMART does not ask its members to commune with a “higher power,” and it purports to base its curriculum on evidence not faith (SMART advises members to use tools modeled after the learnings of cognitive behavioral therapy (CBT). But while I have also attended face-to-face AA meetings, I will not go into the merits of either approach. I will simply point out the merits of online recovery, based on my experience. (Note: SMART also has face-to-face meetings — I’ve attended one — but they are not nearly as plentiful as AA’s).

Anonymity and the size of the group

In recent times, we’ve come to regard “disinhibition” — the tendency for many people online to communicate more aggressively, if not just more assertively — as one of the causes for the hostile environments that preside in social media. But not long ago, social media watchers looked at how the rules of some forums might inhibit some people from participating. One rule today: revealing your identity on Facebook (assuming you are not a political operative or a bot). SMART took a cue from AA by encouraging anonymity. While everyone has the option to reveal more, most people go by handles, often humorous, sometimes telling (fictional example: TheAncientMariner). Of course, anonymity doesn’t guarantee participation. But here is where the numbers in private, moderated online meetings like SMART might benefit. Some SMART online meetings attract up to 200 people. At the beginning of my first meeting (attendance: about 200), my first thought was that this was going to be a trainwreck. Instead what I got was a well-structured conversation where at least thirty people weighed in meaningfully using video, voice, or chat (the meetings are conducted on the ZOOM cloud conferencing platform). This was better than most of the face-to-face meetings I’ve attended. Perhaps anonymity plus scale can facilitate better, livelier meetings.

Another benefit is access to people who cannot attend face-to-face meetings, either because they are ill or too far away. Many SMART online attendees are required to attend meetings by the courts and medical facilities, so access can be a great challenge. The judicial and medical communities are beginning to wake up — though not uniformly — allowing for recovery regimes that include a mix of face-to-face and online meetings. The greater reach to people otherwise excluded might benefit all attendees. Typically, SMART meetings have a very large geographical blueprint, within and outside the U.S., providing attendees with a wide range of perspectives on both personal issues and local policies (SMART also welcomes anyone with a dependence to other “drugs of choice” or other maladaptive behaviors). This level of depth can provide people with a better grasp on the evolving world of recovery, which can aid in their growth.

The future of Cloud Computing

And the depth plays well to the potential tech future of online recovery — advances in Cloud Computing. In the past decade, we’ve witnessed the evolution of the Cloud (a) as a system that serves the hosting and storage needs of many organizations to (b) a vast complex of platforms (with Amazon, Microsoft, Google, and others, competing) that provides advanced computational power. In other parts of the medical world, that power is being harnessed to predict patient outcomes and to personalize care — securely.  This is not science fiction, but science fact, and the providers of recovery services — along with the legal and medical bodies that feed those services — might sit up and pay attention. Face-to-face is here to stay — in fact there are a number of innovations colliding with that world (my next article), but for recovery in the Cloud, it’s only the beginning.

What Could Possibly Repair The U.S.-Chinese Relationship? U.S. Energy Exports