Breaking
‘Game & Watch: The Legend Of Zelda’ Will...
The 9 Fundamental Components Of A Startup Pitch...
How to Get Results from Broken Link Building
Florida Supreme Court Tells The American Bar Association...
How to Write Perfect Paid Social Media Marketing...
How Restaurants Can Design a More Sustainable Food...
Expenses That Small Business Owners Need to Be...
How You Can Make Saying Goodbye To The...
Biden To Meet Royal Family At Cornwall’s Eden...
It’s Going To Be Emotional — Going International...
Peer Mentoring For Students: STEM & Buds
7 PR Trends in 2021: The Story So...
Google Plans Radical New Google Pixel Smartphone Upgrade
Where Did COVID Come From?
Ride To Growth With A Business Vehicle
C3.ai’s Tom Siebel: How To Scale AI
Home Technology Reinventing Industry And Technology To Regenerate Nature
Technology

There are precious few people who can inspire a mindset shift amidst the climate crisis, articulating a practical new paradigm for society and industry. Tom Chi is among them. A former tech executive who co-founded Google X, backing efforts like Glass, self-driving cars and Project Loon, may seem an unlikely champion for nature. Yet he is a source of deep wisdom and nuanced inspiration, offering practical pathways to reprioritize our focus, redesign incentives and reengineer unit economics toward regeneration. As Chi says, we’re the last generation that will have the opportunity.

Lorin Fries: You’ve described today’s industries as net negative for humanity, and you advocate for transformational shifts. What constitutes being net positive, and how does this relate to carbon drawdown?

Tom Chi: Humanity needs to become a net positive to nature — to actively regenerate and restore through our actions. That sounds radical. But flip it around; what happens if we keep being net negative to nature? Even if we were only 0.1% negative, there’d be a 1,000-year death date on civilization. At 1%, we’re gone in 100 years. That’s the way of the Roman Empire and Easter Island: geopolitical forces led to an unsustainable extraction of resources and, next thing you know, the civilization collapses. That’s the downer way to think about it. The positive way is to ask, wouldn’t it be amazing if, every year that humanity exists, nature is healthier because we’re here? That sounds like a great planet to live on.

Being net positive to nature includes air (pollution, particulates and atmospheric composition), water (pollution, toxic algae blooms and healing hydrology), soil (the amount of topsoil and its viability to support life) and biodiversity. Throughout the Industrial Revolution, nature has already been saving us. It has absorbed 1.2 trillion tons of carbon dioxide that we put into the atmosphere. But there’s 1 trillion left up there, leading to massive climate destabilization. Nature has the capacity, through terrestrial soils, to absorb about ten times that capacity. By improving carbon soil sequestration, or by planting a trillion trees sequestering a ton of carbon each, you could pay off the entire debt.

This is an important departure from the discussion around climate so far, which has been about different degrees of damage. The course we’re on is highly damaging. The alternative course, where everybody follows the Paris Accord, is somewhat less damaging. All of this is just too low of a bar. I’m aiming for an actually healthy planet, returning atmospheric carbon to where it was before the Industrial Revolution. Could we pay off our trillion-ton carbon debt? Yes, definitely.

Fries: Practically, how can society and industry become net positive to nature — recognizing that much power and capital sits with those self-interested in perpetuating current systems? 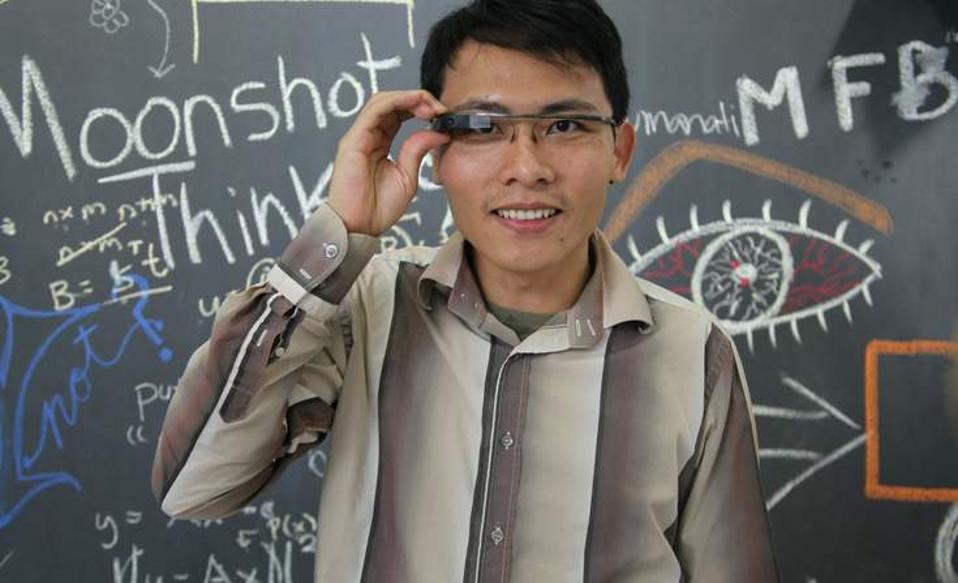 Chi: I’m an investor and a venture capitalist. I invest in things meant to crack the control structure because they’re more economic and they’re better for the environment. If you can do things that are healthier to nature, and do them at even more competitive unit economics, then you give people the choice to either spend less and do better by the planet, or spend more and do worse by it.

The largest renewable energy install base in the US is in Texas, a red state. It’s not because a bunch of policies were passed by left-leaning people lobbying and putting in incentives. It happened because the unit economics of renewables became superior. I would like a world where we get there because it’s easy for everybody to say yes, without a big shift in consciousness. That shift would be nice, but I don’t want to bank on it, especially if it requires a non-economic set of actions. That might work for some brand-driven consumer choices, but not for core industry. Who’s the pulp producer that created the last paper bag you bought? Who worked on the resins in the last injection-molded gadget you picked up? You don’t know. But that’s where most of the extraction happens. You’ve got to reset the unit economics of those faceless brands from the ground up.

Fries: As an investor, how do you determine the kinds of companies that can create this transformational shift?

Chi: I look for disruptive, deep tech that radically rewrites unit economics in a way that effectively destroys industries that are negative to nature or creates industries that are generative to it. I use “disruptive deep tech” in the broadest sense. Software is important, but it’s not the way you’ll change all the atoms in the world. You also need robotics. You need biochemistry. We haven’t given the physical sciences as much press time because it’s easier to write software.

Let’s take one of my portfolio companies, Treau, which reimagined the air conditioner. All air conditioners require refrigerants, which are the most potent class of greenhouse gas that we’re regularly using in industry. Treau developed air conditioners that operate 30% more cheaply in terms of energy efficiency and produce 99.7% less greenhouse gas — basically erasing the footprint of that sector. If we were to shift over to using air conditioners and refrigerators built off of that design, it would be like taking all the cars off the road. That’s a bigger impact than electrifying all cars. This required real mechanical engineering and material science — real innovation that we’re not talking about day to day. Refrigerating and cooling is not that sexy an industry. But in terms of the actual impact to atmosphere and the footprint of humanity on nature, it’s a big one.

Fries: How can we accelerate this kind of shift?

Chi: Imagine there’s a flow of photons coming to the earth from the sun, and that energy has created all wealth on earth so far. Then imagine there’s another process by which water evaporates, falls across the landscape, and flows back to the ocean — and this cycle creates huge opportunities for life to flourish. You don’t need to imagine all of this; it’s true.

If instead of waiting for those things to generate a bunch of value, and then extracting and exploiting them, imagine we were to participate in the value creation as the cycles are going. A photon that strikes a rooftop solar panel benefits at least one organism – a person in that house. Compare that to when that photon strikes a leaf and helps that plant to grow. That plant provides sugars that drive an entire soil ecosystem underneath it, then gets eaten and drives an entire terrestrial ecosystem above ground. The contribution of that photon is vastly more for the wealth of the natural world.

I like to share the idea that the basic algorithm of life is to savor every photon. As a smart civilization, we can spend our time and energy making more such high-value cascades take place. When we measure GDP, we measure creation and exploitation with the same ruler. Instead, we could design an economy that values every photon or water molecule; it’s actually easier to account for than money, which is based on people’s fluctuating beliefs. Then we can start benchmarking and rewarding the companies that are creating more wealth for all of civilization. If you set those as the priorities and removed corporate taxes for anybody that does that, then trust me, a bunch of people would change their actions. That would be a very different incentive than emission limits; people will fight those. It’s easier to take away taxes but ensure that the fundamental basis of what a company is doing is valuable.

Fries: What inspired you to do this work?

Chi: We live in San Francisco and in Hawaii, where the coral reef right next to my house bleached and died in about two months. It had been one of the most beautiful places on earth. To see it die so suddenly was shocking. Thermal stress bleached the majority of the Hawaiian Islands in one year, and roughly 10% of all coral reefs in the entire world. It was natural to ask how much time we have left; the consensus is roughly 35 years before we wipe out all corals from earth, and with them at least 25% of all species in the ocean.

We have all this political debate around climate change, yet people are somehow missing a thing that is so immediate and irreversible. If you wipe out a quarter of all species in the ocean, they are gone. Those organisms represent ways to savor the photons and water molecules of the world in novel ways. 70-80% of all pharmaceuticals are derived from nature. So, we are wiping out strategies that nature has developed to protect our bodies and do other useful things – even besides the sacredness of nature itself; even if you didn’t care about that at all.

We’re perpetrating a disaster. I liken it to the Library of Alexandria burning down. About half the knowledge of the ancient world went up in smoke in a day. Our current situation is like the Library of Alexandria burning down every day. So many species are going, including ones that we’ve never even spent time on — never sequenced their genes or researched if they offer cancer cures. We’re seriously blowing it. It’s like saying, “Well, maybe there were no good books in the library. We just burned it down.” Maybe. But the 1% we did look at were kind of amazing.

Fries: What would you say to our readers?

Chi: We don’t have much time. Only the people that are alive right now can fix this. We literally have to be the people. For better or worse, we’re the team we’ve got.

Everybody who’s capable and resourced needs to be out there doing what they can. Let’s clear up their mindset and get them onto the doing. I’m not against petitions or marches if your voice and your feet are the main things at your disposal. But there are many more creative and effective ways to use people’s minds. Let’s point to the places where we can pull down a trillion tons right now, where we can decommission our fossil fuel infrastructure. Let’s focus on actual doing and inventing and implementation and financing. Capable, passionate people are the rarest resource in the world. Use your skills and go do it. We’re the only generation that will get the opportunity.

This interview is part of a series on how technology and innovation are transforming food and ecological systems – and how to get it right for people and planet. The conversation has been edited for clarity and length.

What Was Russia Thinking In Refusing To Cut Oil Production?