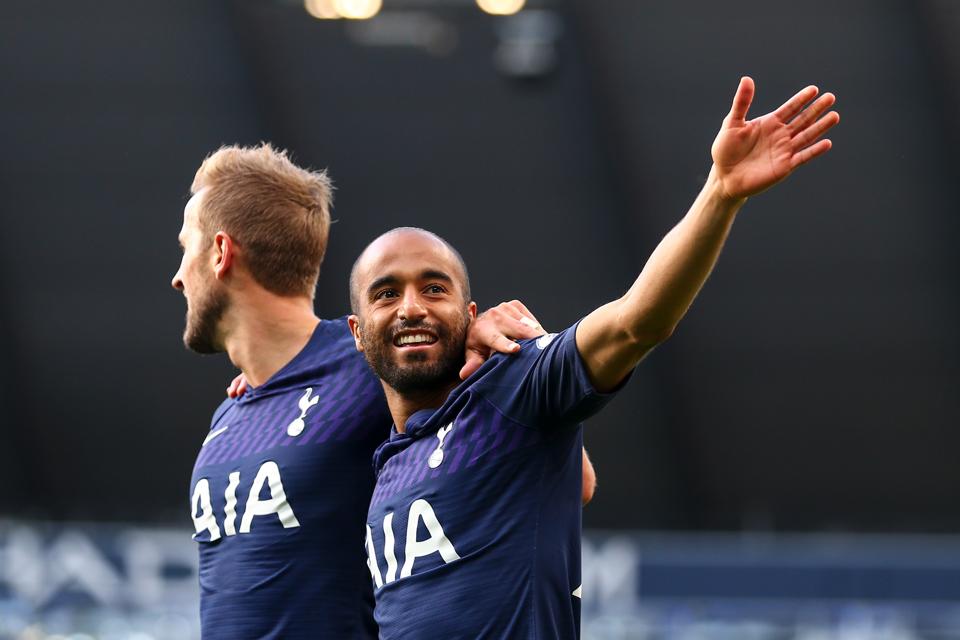 MANCHESTER, ENGLAND – AUGUST 17: Lucas Moura of Tottenham Hotspur celebrates after scoring a goal to … [+] make it 2-2 during the Premier League match between Manchester City and Tottenham Hotspur at Etihad Stadium on August 17, 2019 in Manchester, United Kingdom. (Photo by Robbie Jay Barratt – AMA/Getty Images)

What was it like being dropped and replaced with Harry Kane for the Champions League final? After taking a deep breath and a second to think, Lucas Moura comes out with a frank response to a brutal question. “I cried a lot”, he says. The interrogator is not a journalist, but a young boy from the Spurs academy who this week participated in a video produced for the official Tottenham YouTube channel at the behest of a club sponsor.

It is the sort of subject an adult might be reluctant to delve into for fear of poking too hard at what must still be a raw wound. But it is asked with the sort of curiosity and sensitivity that only a child could muster and, as a result, elicits a response that would make any hardened reporter envious.

The quick exchange, worth a watch for any Spurs fan, is a wonderful insight into what has been a hugely emotional twelve months for the Brazilian, a year that has seen him has reach the highest heights, plunge to the lowest lows and return to an upward trajectory just in time for Christmas.

A few weeks before being dropped for the final in Madrid, Lucas’ tears had been of joy rather than pain. He had scored a hat-trick in the Champions League semi-final, almost single-handedly dragging his team into the showpiece against Liverpool in the most dramatic circumstances possible. After the game, he was shown a video of the third goal by a Brazilian reporter in the mixed zone and wept as the memories of being frozen out at Paris Saint-Germain and working hard to make it back to the top with Spurs flooded his mind.

“Since I was a kid, I dreamed of playing in the Champions League and now I have the opportunity to play in the final”, he said through the sobs. Two weeks later, with a half-fit Kane starting in his place, that opportunity was snatched painfully from his grasp. Mauricio Pochettino’s decision to bench the Brazilian was questioned at the time and looked even worse in hindsight. Some Spurs fans even point to it as the moment the Argentine lost the dressing room. 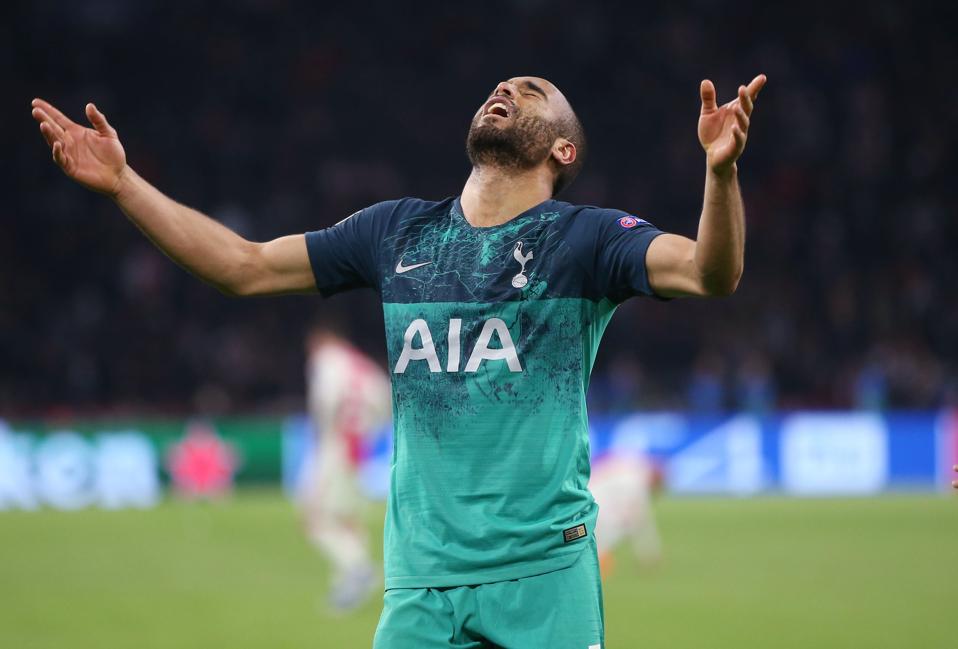 AMSTERDAM, NETHERLANDS – MAY 08: Lucas Moura of Tottenham Hotspur celebrates after scoring their … [+] third goal during the UEFA Champions League Semi Final second leg match between Ajax and Tottenham Hotspur at the Johan Cruyff Arena on May 08, 2019 in Amsterdam, Netherlands. (Photo by Tottenham Hotspur FC via Getty Images)

When José Mourinho came in to replace Pochettino, then, a little part of Lucas must have been delighted. He owes Pochettino a lot, of course, for it was he who rescued the São Paulo native from a nightmare situation at PSG. But there was always a feeling that the former Southampton boss was not getting the most out of Lucas, deploying him either as an impact substitute or an alternative to Kane at center-forward.

The Brazilian would have sensed that with the new man in charge he would get more chances to prove his worth. After all, Mourinho had tried to sign him from São Paulo FC when he was Real Madrid manager and has always shown an affinity for hard-working, pacy, direct wide men.

So it has proved. Since the Portuguese coach took the reins in November, Lucas has started every one of the seven games Tottenham has played. And more than that, the Brazilian has become a vital part of the way the side functions, playing in what he rightly believes to be his most effective role. The switch from striker to winger has so far brought him one assist and three goals, including a thumping strike against Wolverhampton Wanderers last weekend.

“Every player wants to play, it doesn’t matter the position”, he said after Spurs had beaten Olympiacos 4-2 to secure a place in the Champions League last 16. “But everyone knows I am not a No.9, it is not my best position. When Pochettino put me there I always gave my best because for me the most important thing is the team, but each coach has an opinion, a different mind. Now I feel very good in this position [as a winger]. I’ve always played in this position; I feel good and I am happy.” 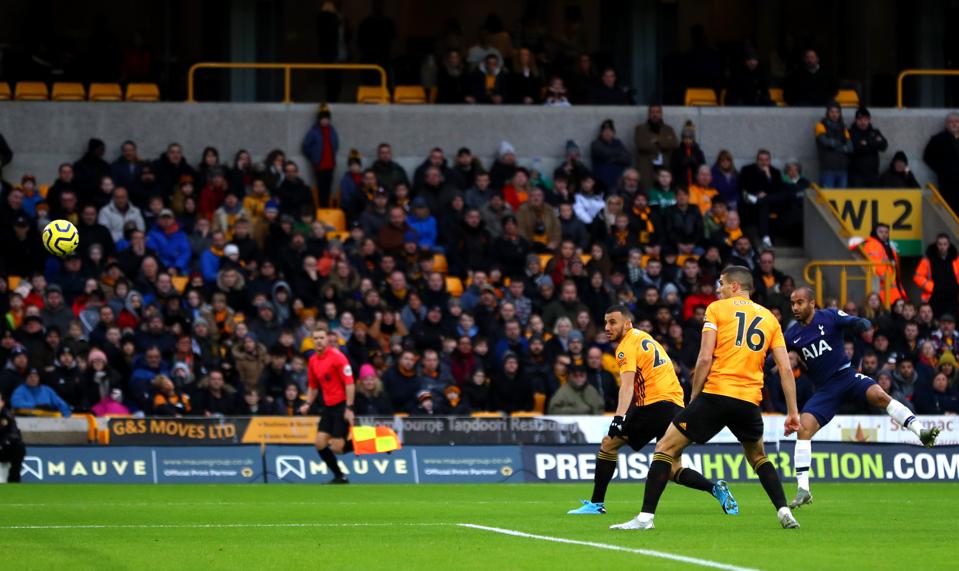 Tottenham under Mourinho has not entirely abandoned the Pochettino ideals of high pressing and attacking verve, but there have been tweaks. A team that was consistently exchanging more passes in its own half of the field than any other in the league in the early part of this season has decided to go more direct and that suits Moura to a tee. His straight-line speed and ability to consistently make physically demanding runs in behind the opposition are hugely beneficial now that Spurs is looking to make the most of Toby Alderweireld’s long-range passing from the heart of the defense.

On Sunday against Chelsea, those runs could prove vital once again. With Frank Lampard’s Blues deploying a midfield three of Jorginho, N’Golo Kanté and Mateo Kovacic against Mourinho’s probable pairing of Eric Dier and Moussa Sissoko, Tottenham have little chance of dominating the ball in central areas.

Instead, they will likely look to bypass the midfield battle with long diagonal balls into the wingers, Son Heung-min on one side and Lucas on the other. This tactic, if utilized, will also exploit Chelsea’s main weakness, namely their vulnerability to the quick counter attack.

If Spurs can make the most of their home advantage and take the three points on Sunday afternoon, they will go ahead of their visitors on goal difference, closing a gap that stood at 12 points when Mourinho came in. It would be an incredible turn around, and it would be thanks in no small part to their rejuvenated Brazilian winger. With Mourinho, he has gone from sideshow to center-stage. In 2020, he will be hoping he can keep it that way.

Why Cognitive Technology May Be A Better Term Than Artificial Intelligence

Intel + Habana: What Does It Mean For AI (Artificial Intelligence)?

AT&T And Free Conference Call Are Facing Off...

How to Watch the 2020 Australian Open Tennis...

Stop Managersplaining On Video Calls And Give People...