Breaking
How, When And Where You Can See A...
New $2.2 Trillion Stimulus Bill Proposed—$1,200 Stimulus Checks,...
Why Do We Do What We Do? Manipulating...
California Brand Goes All-American As Amazon Bans Foreign...
The 3 Best Analytics Companies of 2020
Senator Cory Booker: Supporting Small, Minority-Owned Businesses Will...
Trump’s Taxes Are Finally Leaked—What’s Next?
Washington Heats Up Ahead Of First Presidential Debate:...
Systemic Racism Leads To Disparities In Nursing Home...
The New Regular: Prepare For Conflicts Of Customer...
Web VR.0 – Have VR Websites (Finally) Arrived?...
This Next Evolution Of E-Commerce Did $18 Billion...
This Next Evolution Of Ecommerce Did $18 Billion...
IRS Taxes Most Lawsuit Settlements And Exact Wording...
13 Questions To Answer Before You Die
Just Launched: Long-Term Stock Exchange For Companies Building...
Home Business Remote Workplace Comedy In The Works From Ben Silverman And Paul Lieberstein
Business 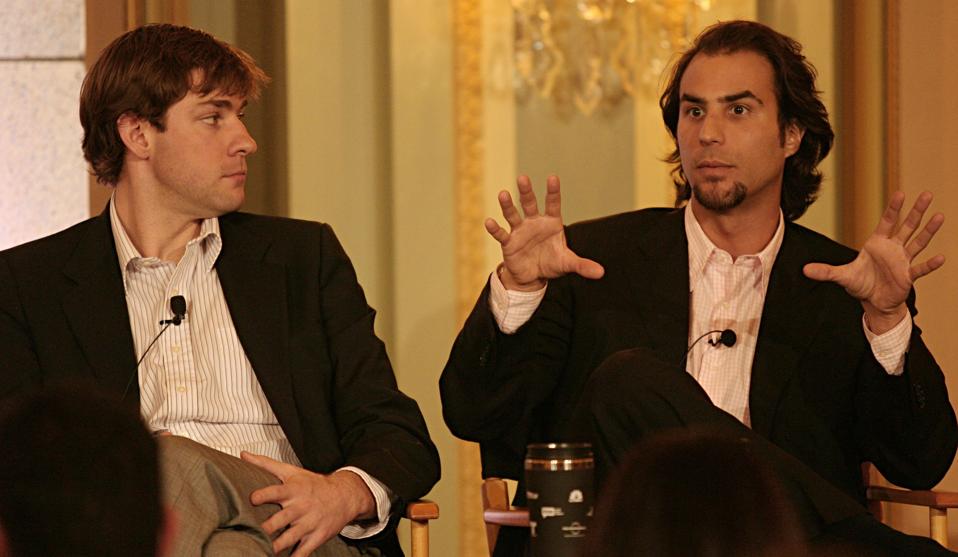 For nine seasons, from 2005 to 2013, NBC’s Emmy Award-winning comedy The Office gave viewers and inside look, mockumentary style, of the inner-workings of the fictional Dunder Mifflin paper company. Now, two of the producers behind The Office, Ben Silverman and Paul Lieberstein, have teamed up for a potential new sitcom inspired by the current environment of offices around the country closed and employees working remotely during the coronavirus pandemic.

The proposed series, which does not have an outlet at present, comes from Big Breakfast, the production banner under Silverman and Howard Owens’ Propagate Content. The logline: The series is set around a wunderkind boss who, in an effort to ensure his staff’s connectedness and productivity, asks them all to virtually interact and work face-to-face all day.

“So many of us are jumping on daily Zoom meetings — for work and beyond,” Silverman said in a statement. “We are in a new normal and are personally navigating ways to remain connected and productive at work and in our home lives. With the brilliant Paul Lieberstein at the helm, we think we have a series that not only brings humor and comfort during this troubling time but will also be an inventive and enduring workplace comedy for years to come.”

“Start with the office comedy, lose the office and you’re just left with comedy. The math works,” noted Paul Lieberstein.

With overall production at present at a standstill (aside from non-scripted television series that are producing remotely), there will be an obvious shortage of original scripted content in the immediate future. Many primetime series (including the series-finale of Fox’s Empire, which will now come two weeks earlier than planned) are ending their seasons prematurely. The broadcast networks, which will now be announcing their programming plans for next season remotely next month, may have nothing to actually confirm. And the expectation for an actual fall 2020 television season seems more unlikely as the days progress.

Even so, there is no shortage of potential new programs in the planning stages from Hollywood’s creative thinkers now working from home. And this one particular comedy takes what is a very challenging situation at present and tries to put a comical spin on it. Of course, that begs the question if viewers will want to be reminded of any of this.

Five Sophisticated Snacks To Get You Through Another Month Of Quarantine