Breaking
The 5 Biggest Mistakes Companies Make With Chatbots
Weird Market Dynamics: 3 Reasons Ethereum Is Dropping...
Silver Shines, Says Citi, Tipping A 60% Price...
Report: Lawyers Unable To Locate Parents Of 545...
In Need Of A Competitive Edge? Look To...
Think Small: Timely Picks To Capture The Reawakening...
Patient Gets Covid-19 Swab Lodged In Her Lung...
Nine Signs You’re Not Being Effective During Your...
Chromebooks Can Now Run Windows 10 – Find...
Will Biden’s Tax/Benefit Plans Help/Hurt You And The...
This Fashion Brand Turned A Stripe Into A...
On CRM: Salesforce Has Finally Fixed Your CRM...
Shots In The Dark: Why Access To A...
The Case For A Better ROI From Virtual...
What Building Wealth Really Takes In Business
Building A Circular Economy In New York City...
Home Finance Remove Boeing, Walgreens, Dow And UTD From The DJIA And Replace Them With These 4 Stocks
Finance 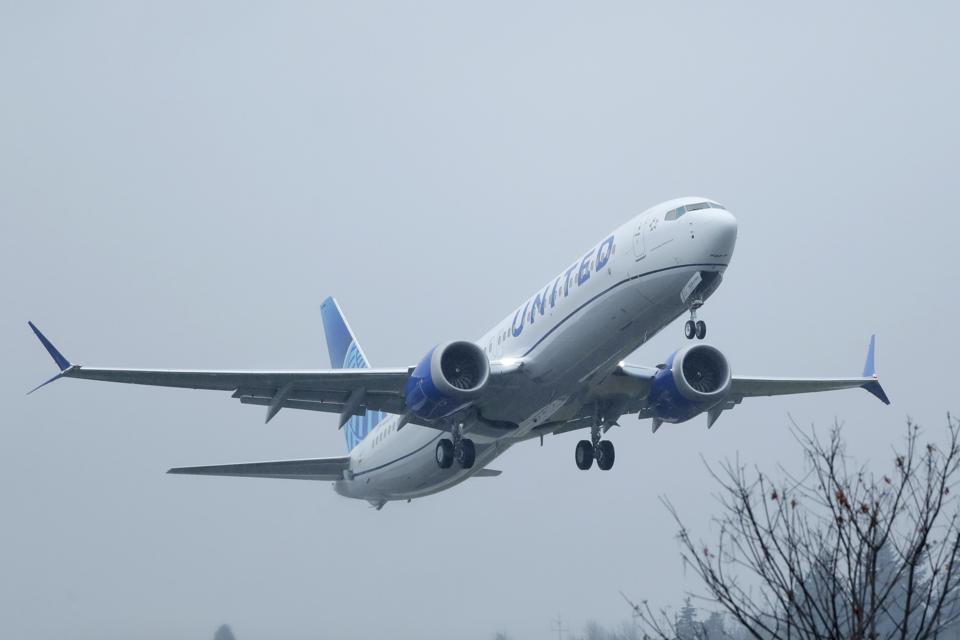 The S&P Dow Jones Indices, a division of S&P Global, controls the 30 stocks that are components of the Dow Jones Industrial Average. In my opinion, the purveyor of component changes is not properly doing their job.

The S&P Dow Jones Indices must be more proactive to protect investors from getting confused.

Remove Boeing (BA) ($329.92 on December 26), which set its all-time intraday high of $446.01 on March 1, between the two 737 MAX crashes. Remove this stock given the recent documentation concerning the company’s efforts to evade regulators safety concerns. It will be a long time before company regains the trust of the FAA, overseas regulators, airlines and flyers.

Replace Boeing with General Dynamics (GD) ($178.19 on December 26), which is the parent of Gulfstream, the luxury aircraft used by corporate America. Since 2008, it introduced six new aircraft. This company was a division of Grumman Aerospace when I worked at Grumman in the late-1960s. Quality control has always been its number one concern. Each commercial airliner should reach out to General Dynamics for the development of a commercial aircraft to replace the Boeing 737 MAX.

Remove Dow Inc (DOW) ($55.22 on December 26), as it never should have been selected as a Dow Component. The stock lacks historical data. Its first trading day was March 20. The stock can not be charted so it can not be totally analyzed so it should not be a Dow component.

Replace Dow with DuPont (DD) ($63.73 on December 26), which was formed in August 2017 by the merger with Dow Chemical. Its market cap is $47 billion, larger than Dow’s $40 billion market cap. Since it has a longer price history it is more appropriate as a component of the Dow 30.

Remove United Technologies (UTX) ($150.71 on December 26), which announced in June its intent to merge with Raytheon (RTN). The new entity will be called Raytheon Technologies and will likely have the ticker RTN as it best represents the combined aerospace giant. By the time this deal closes in the first half of 2020, UTX must spin off Otis Elevators and Carrier Air Conditioning, which will affect the performance of the stock. This justifies removal before the confusion occurs.

Replace UTX with Texas Instruments (TXN) ($128.48 on December 26), which is a semiconductor giant with a market cap of $120 billion versus $129 billion for UTX. TXN is one of the top ten chip makers in the world. It was founded in 1930 and the importance of demand for semiconductors is an important economic indicator as almost every device we buy include computer chips. The Dow should reflect this economic shift and this stock meets these criteria.

Remove Walgreens (WBA) ($58.90 on December 26), as this pharmacy giant will likely privatize in 2020. Why not get ahead of this event when S&P Dow Jones Indices should have chosen a larger more innovative pharmacy company?

Replace WBA with CVS Health (CVS) ($74.48 on December 26), which has a market cap of $97 billion versus $58 billion for WBA. CVS has become a pharmacy benefits manager with the purchase of Aetna and the expansion of its “Minute Clinic.” As features expand to more locations a CVS pharmacy will be considered an ER.

Julian Marley On Losing His 11-Year-Old To Cancer: Medical Cannabis Should Be Easier To Access