Rep. John Lewis Has Stage 4 Pancreatic Cancer, What Does This Mean? 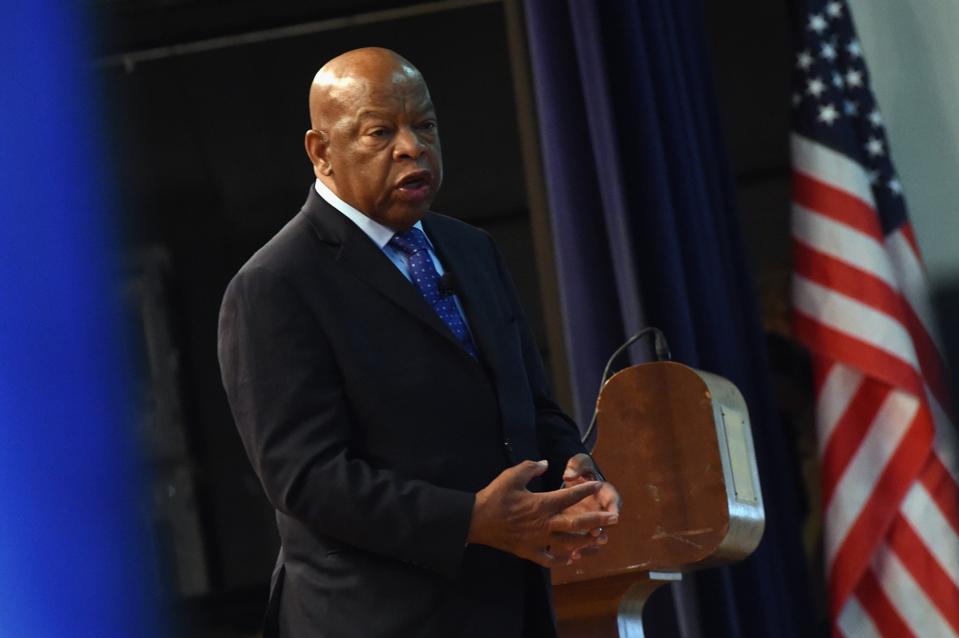 Throughout his career as a champion of civil rights, Rep. John Lewis (D-Georgia) has been known as a fighter, willing to battle many formidable foes in a firm yet peaceful manner. Unfortunately, he is now in a battle for his life against Stage IV pancreatic cancer. Brett Rosner from WSB-TV the ABC-affiliate in Atlanta, tweeted out the statement from Lewis’ office about his diagnosis:

This is the same stage of pancreatic cancer that Jeopardy! host Alex Trebek was diagnosed with earlier this year. As I covered for Forbes in March, stage IV is the highest of the possible staging categories. The higher the stage, the further the spread of the cancer, and the worse the prognosis. Stage IV means that Lewis’ cancer has spread beyond his pancreas to other parts of his body. That means that a cure, which would be removing all of the cancer, is currently no longer possible. Therefore, the goal will now be to extend the 79-year-old Congressman’s life as long as possible while trying to afford him a reasonable quality of life.

The same is true for radiation therapy. A beam of radiation can damage not only cancer cells but all the normal tissue and structures in the way.

If any surgery is done, typically the purpose will be to relieve obstructions or blockage caused by the cancer rather than to remove all of the cancer. As the tumor grows, it can start to compress nearby structures such as the bile duct, stomach, and intestines. So doctors may either have remove the offending parts of the tumor or insert a tube to bypass the tumor.

Every patient is different. So, statistics can only give you a rough idea of what tends to happen to those with stage IV pancreatic cancer, not predict what specifically will happen to a given patient. Nevertheless, the data paints a grim picture for many. According to Cancer Research UK, those with stage IV pancreatic cancer only survive a median of 2 and 6 months, based on data from the Northern and Yorkshire Cancer Registry and Information Service (NYCRIS).

This is very tough news for the Congressman, who has showed uncommon toughness in standing up for civil rights. As this CBS This Morning segment from 2015 showed, he has served as a role model for fighting against injustice in a non-violent manner:

Although progress has been made since he and Martin Luther King, Jr. protested together in 1960’s, the battle for equal rights and opportunities is far from done. Minorities in the U.S. continue to face obstacles and unequal playing fields. Racism and discrimination are still and well, or rather unwell. As Lewis’ statement indicated, he aims to continue the fight for equality while he still can. His doctors will endeavor to help make that as long as possible.

China’s Dichotomy Between Cryptocurrency And Blockchain

Spectator to Partner: Turn Your Clients into SEO...