Breaking
Google Meet’s Unlimited Calling Will Continue To Be...
The Need For Speed-Is Quantum Computing A Good...
Stock Market Crash: The End Game Approaches
Best Video Conferencing Software
For These Indigenous Artists “Land Back” Is Both...
The Current Tech Stock “Bubble” Reflects Pessimism, Not...
A Look At What’s Inside House Democrats’ New...
Page Authority 2.0: An Update on Testing and...
How Public Health Experts Are Harnessing The Power...
This Husband And Wife Built A Luxury Brand,...
This Husband & Wife Built A Luxury Brand,...
Luxury Footwear Brand Chelsea Paris Re-Launches And Stays...
The 30 Upgrade Module ‘Avengers’ Farm Trick You...
50 Years After Milton Friedman, Where Does Capitalism...
House Prices To Rise Through The Recession As...
Is An Internet Service Provider Revolution On The...
Home Finance Rep. Stephen Lynch Introduces Bill To Address COVID-19 PPE Shortages Using Blockchain
Finance

At the end of April, Congressman Stephen Lynch (D-MA) introduced a new bill that establishes a blockchain network across the entire U.S. to monitor medical supplies in the Strategic National Stockpile (SNS) and all 50 states. The bill is notable in pointing to blockchain technology for such a critical function in society as Lynch is also the Chairman of the FinTech Task Force that includes both blockchain. As recently as two months ago, another high-ranking Democrat in the House, Congresswoman Nydia Velazquez (D-NY), held a very upbeat hearing on blockchain.

A press release from Lynch’s office explains the legislation was created, ‘in response to the failures of the SNS to provide personal protection equipment, ventilators and other vital equipment during the current COVID-19 pandemic.’ The role of the SNS, located within the Department of Health and Human Services, is supposed to supplement state and local supplies during public health emergencies. However, the SNS has come under a great deal of criticism during COVID-19 because of its inability to meet the requests of some states for PPE. 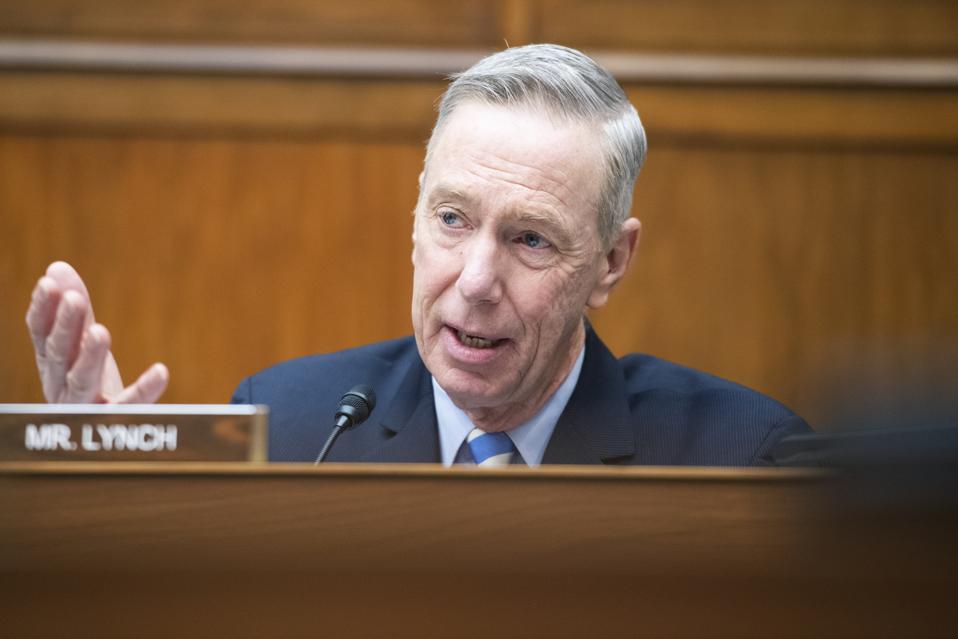 H.R. 6607, referred to as the ‘Strategic National Stockpile Enhancement and Transparency Act’ is designed to address how the SNS can be ready to manage this supply chian in future crises. ‘Throughout the COVID-19 crisis we have watched health care providers and centers pushed to their breaking points as they risk their lives to provide vital care to their communities,’ said Rep. Lynch. ‘Many of these providers have been forced to work without sufficient equipment and supplies…We depend on the SNS to supplement state reserves of biodefense supplies and equipment and H.R. 6607 will ensure the readiness of the SNS to respond to future crises.’ The legislation is co-sponsored by Congressman Darren Soto (D-FL), and Congresswoman Sheila Jackson Lee (D-TX). The bill has been referred to the House Energy and Commerce Committee, where Congressman Soto is a member.

What The Bill Does

The bill establishes a a network of State entities to be known as the ‘National Emergency Biodefense Network’ by the Secretary of the Department of Health and Human Services. This ‘Network’ will track medical supplies in each state and maintain an adequate amount of supplies for each state and the SNS. Supplies are described as ‘ …drugs, vaccines and other biological products, medical devices, and other supplies necessary for the emergency health security of the United States.’ 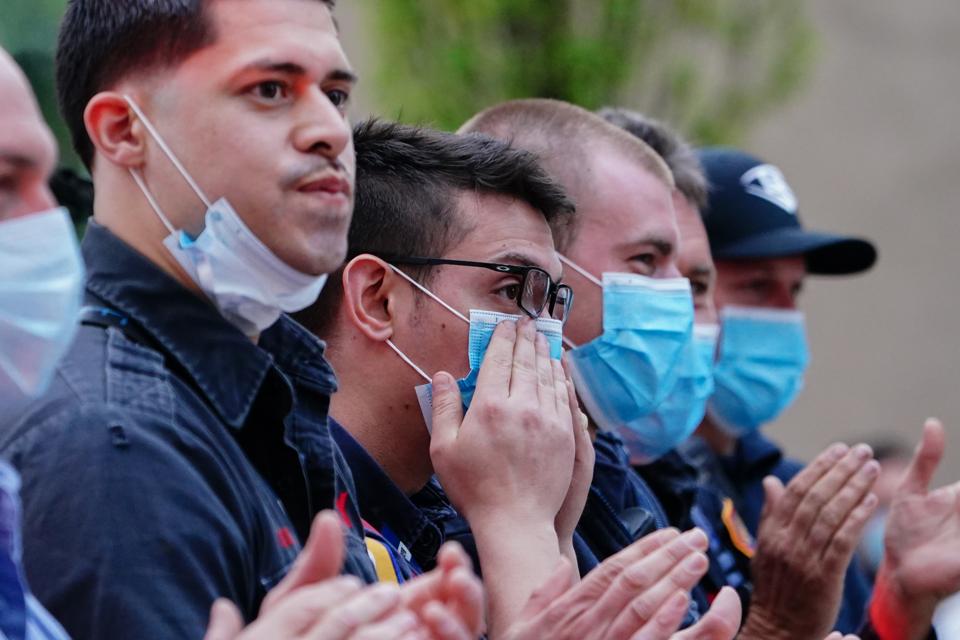 People are seen clapping as a sign of appreciation for medical frontliners in front of NYU Langone … [+] Hospital in New York City USA during coronavirus pandemic on May 4, 2020. (Photo by John Nacion/NurPhoto via Getty Images)

The bill calls for the National Emergency Biodefense Network to monitor and track medical supplies for a future public health emergency in all 50 states and in the Strategic National Stockpile. Additionally, the bill provides funding to help states create repositories for emergency medical supplies and to establish state-based blockchain nodes for tracking purposes. ‘By adopting a private blockchain system we can verify the status of our biodefense capacity in real-time which will allow us to be better prepared,’ states Congressman Lynch.

Blockchain As A Single Source Of Truth

Although ‘private blockchain’ is not defined in the bill, the meaning of blockchain is described as, ‘software that uses a distributed digital ledger of cryptographically signed transactions that are grouped into blocks, each of which is (1) is cryptographically linked to the previous 14 block after validation and undergoing a consensus decision; and (2) when added as a new block, makes any older blocks more difficult to modify and is replicated across all copies of the ledger within the relevant network, with any conflicts in such blocks resolved automatically using established rules.’

Jeffrey Curtis, a retired DoD logistics senior executive with 30 years at the Defense Logistics Agency and 3 more in the Pentagon, explains it is important to manage a supply chain properly for emergencies. ‘If we are going to learn anything from this, it is that it is critical to look at our supply chain sources/provenance and identify where the risks lie,’ says Curtis. ‘Stockpiles and inventory should certainly be part of our resilience and mitigation. Just-in-case inventory is sometimes considered bad. It is not. It is necessary, as are more aggressive efforts with 3D printing and production sharing contracts.’ 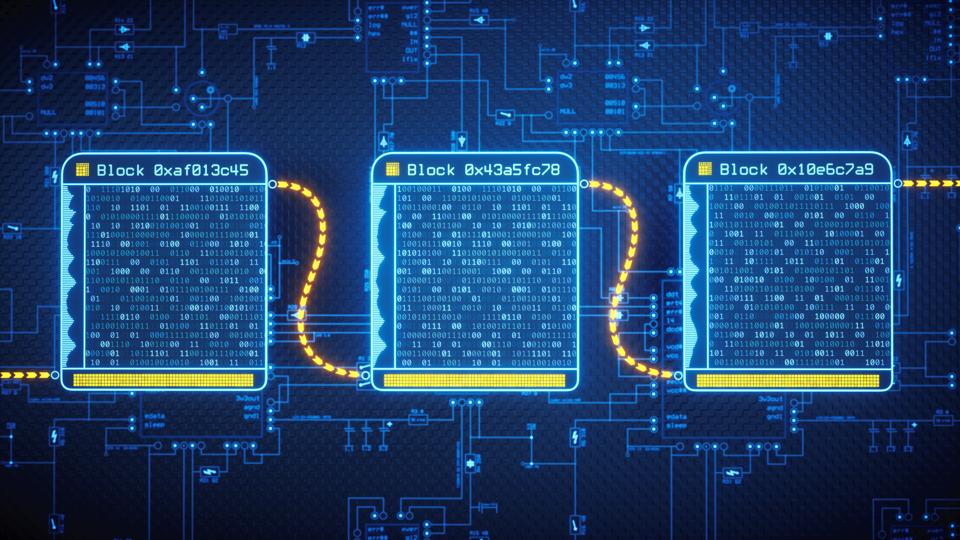 An abstract digital interface showing the concept of blockchain technology with binary hash data … [+] inside each block. The background contains schematics resembling a flowchart.

Anjon Roy is Vice President of SIMBA Chain, a blockchain platform company formed in 2017 from a DARPA project to develop secure, un-hackable messaging with clients include government, commercial and non-profit entities. Roy commented, ‘It’s much easier to provide transparency to detect the quantity and location of critical supplies with the use of blockchain’.

As for blockchain, Curtis see the benefit as well as Roy. ‘Anything that creates a single version of the truth is a win for everyone,’ states Curtis. He also strongly believes that whoever may ultimately manage this network, the Defense Logistics Agency (DLA), a defense agency that runs more like a business, as the right type of model for a National Emergency Biodefense Network. ‘Some of the proudest moments of my DOD career were being part of DLA in fighting ebola, and supporting Superstorm Sandy and Haiti recoveries … The military is trained for the unknown and the unexpected. They should be managing these emergency medical equipment supply chains nationally and not just for DOD.’

While more will likely follow in terms of how the overall governance over future medical supplies between the SNS and the 50 states, the idea that blockchain technology is potentially required by law speaks to how many on Capitol Hill are starting to better understand and view this new emerging technology. The press release from Lynch’s office is below.

WWE Continues To Censor Roman Reigns After He Skipped WrestleMania 36