Breaking
What You And Your RTO Business Need To...
4 SEO Trends for Websites You Should Not...
3 Reasons Why Desk Booking Is Rising In...
8 Tips to Play & Win at Online...
How can software benefit facility management?
Do Professional Casino Players Pay Taxes for the...
Becoming a Trading Expert: What Is the Best...
Dos and Don’ts for B2B Organisations in 2022
Should your business be using Machine Vision?
Colour Masterbatch vs Raw Pigments – Which Is...
Keeping your business moving as you expand online
Top Four Celebrities Who’ve Invested In Cryptocurrency
Why is Cloud Computing Tipped to be the...
How to Raise Money for Non-profit Organizations in...
Choosing the right theme for your WordPress Business...
A Guide to Using Celebrities to Promote Your...
Home Social Media Republican Facebook Exodus? Parler Hits #1 On App Store
Social Media 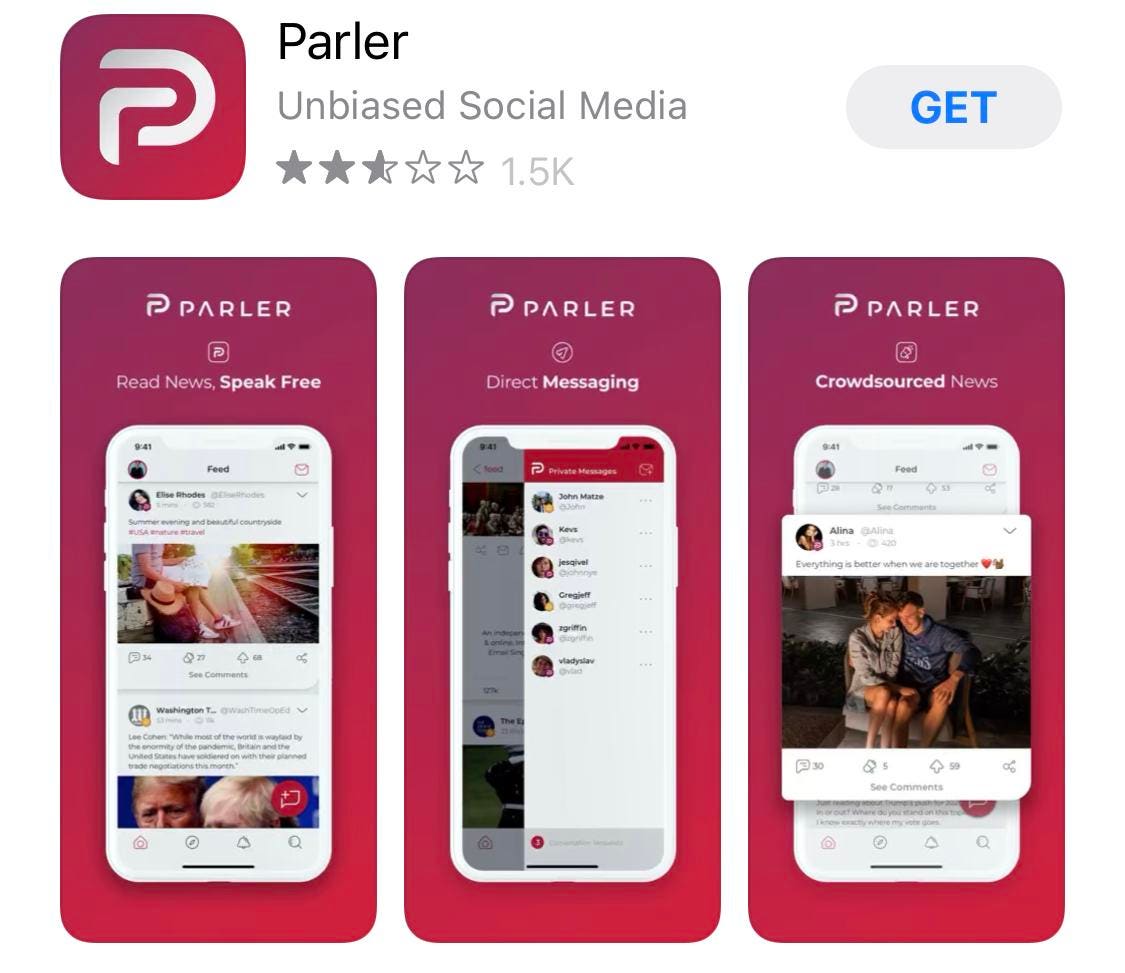 Parler app downloads doubled in the past week, during which it was installed over 312,000 times, according to Apptopia VP Adam Blacker.

The surge in interest is correlated with the U.S. election results, in which major media organizations have projected a Democratic win, as well as an increasing distrust of traditional social media networks like Facebook and Twitter, which have limited the reach and influence of President Donald Trump as well as blocking allegations of misconduct by Hunter Biden and president-elect Joe Biden in an unproven NY Post story.

Parler, on the other hand promises to be a free speech social network which will not censor opinions.

“While the First Amendment does not apply to private companies such as Parler, our mission is to create a social platform in the spirit of the First Amendment to the United States Constitution,” the social network’s community guidelines state. “We prefer to leave decisions about what is seen and who is heard to each individual. In no case will Parler decide what will content be removed or filtered, or whose account will be removed, on the basis of the opinion expressed within the content at issue.”

Parler promises zero curation of your newsfeed, but will remove accounts for criminal activity.

While there’s been talk of a conservative exodus from Facebook and Twitter for quite some time, Parler has a long way to go.

The site is not known for usability, and it seems to be struggling under the strain of new visitors right now. I made three attempts to create an account on the website, and each failed as the site rejected passwords, or didn’t sent an SMS authentication code, or didn’t provide a place to enter an authentication code it did end up sending.

Eventually I did succeed on mobile, and if the opening screen is any indication, the site will indeed be a paradise for GOP thought, with Ted Cruz, Sean Hannity, Devin Nunes, and other Republican politicians or supporters on the list. That may turn Parler into essentially an echo chamber, but time will tell.

It’s important to note that a few hundred thousand downloads is a drop in the bucket compared to Facebook’s billions of users. And frankly, though there are often claims that a social network will supplant Facebook, generally they fizzle.

Of course eventually one will be right, as nothing lasts forever.