Researchers Compared Vanguard And Fidelity Funds. Here’s What They Found 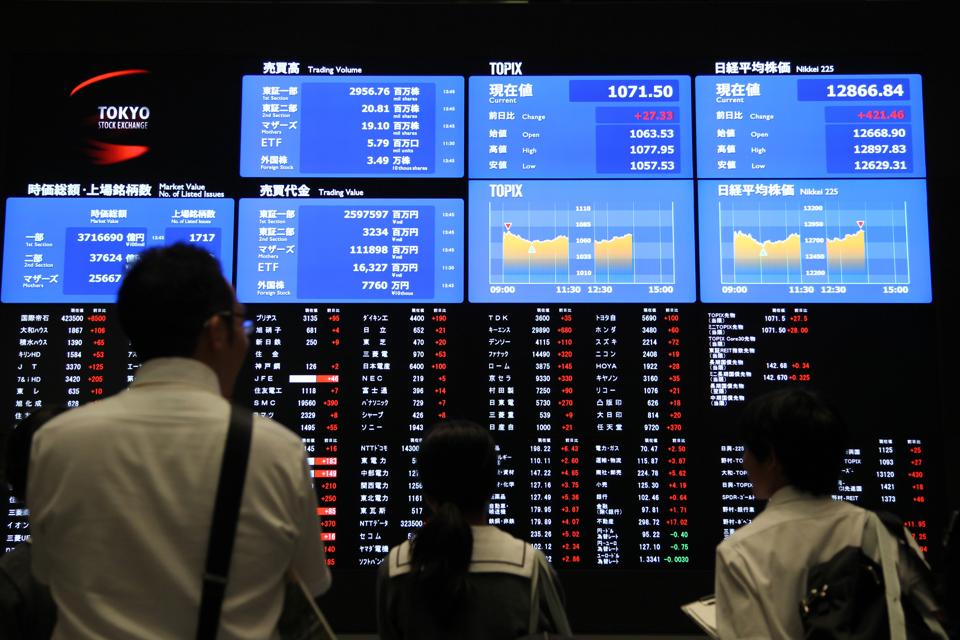 Visitors look at an electronic board displaying stock figures at the Tokyo Stock Exchange in Tokyo, … [+] Japan one of the many global markets investors can gain exposure to with Fidelity and Vanguard fund products. Photographer: Junko Kimura/Bloomberg

Researchers at Duke recently assessed 21 funds from Vanguard and Fidelity across multiple attributes. Often simply buying the least expensive fund in the category can be a reasonable rule of thumb, so what did this research uncover?

In looking at the funds, a mix of mutual funds and exchange-traded funds, they found that the performance leader looking back up to 10 years in the same category was reasonably balanced depending on the fund in question and the performance assessment methodology used. So no clear winner on performance.

However, where Vanguard had an edge was after-tax returns. Even though there was no obvious winner on returns, Vanguard was able to run their funds in a more tax-efficient manner, enabling taxable investors to hold onto more of their returns. This may be due to the patent that Vanguard holds in this area. Of course, if you’re in a tax-sheltered account such as an IRA or 401(k) this difference may not matter to you, but for taxable accounts, after-tax performance is what you get. So if you’re looking for a clear performance winner, you won’t necessarily find it, but Vanguard does appear to have an edge in after-tax performance according to the research.

The research clearly found that Fidelity was the winner on expense ratios. This was true across the board. The result is perhaps surprising given Vanguard’s record of historical cost leadership within the industry. Still it’s clear in the data that Fidelity holds the lead on fees. In addition, it is clear that Fidelity is aggressively bringing down the costs of its funds, with zero-fee funds launched in 2018 and of course it’s recent moves on commission-free trades and fractional trading. So at least for the time being, Fidelity, not Vanguard has some of the cheapest funds out there. Though funds from both providers are low in absolute terms.

This was further emphasized when the researchers dug into the small print. They found that Vanguard can charge extra fees if you hold their funds for periods under 60 days. Though, ideally you want to hold funds for the long-term if you can anyway.

The researchers found that Vanguard funds were, on average, slightly more diversified. Though this measure was based simply on the number of holdings within the funds, which is arguably a loose proxy for diversification depending on how correlated the stocks are. Secondly, Fidelity’s tracking error to its benchmarks was generally lower, though the differences here were small. So a mixed bag here across arguably less important criteria.

It is interesting to see Fidelity’s push on low fees and other innovation within the retail investment space. Of course, fees are now low across the board for many funds so differences are small, but still, Fidelity leads.

Nonetheless, Vanguard continues to have an edge in tax-efficiency and if you’re in a taxable account, you should care about that. Generally, either Fidelity or Vanguard funds appear reasonable picks for most investors, with the investment strategy being perhaps the more important question.

Tesla Needs The Bitcoin Lightning Network For Its...