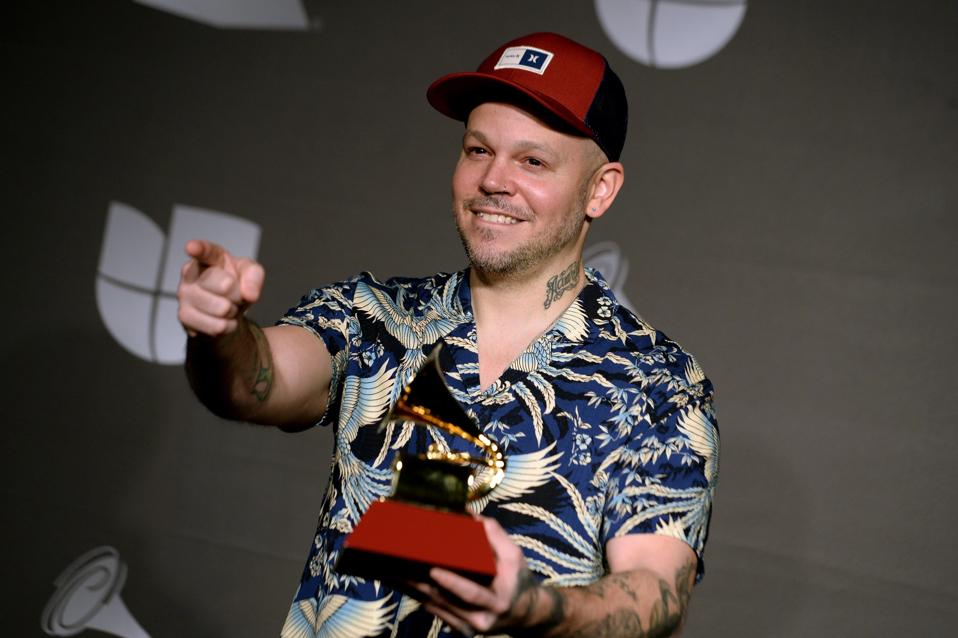 The previous decade saw the Latin-music market thriving more than ever and Residente is helping lead another moment of evolution within it.

The Puerto Rican rapper released a new single “René” that offers a rare, intimate look at the life of an award-winning superstar who shares raw reflections on his mental health, the industry, politics and relationships with his family members. The eight-minute, verse-focused track is notable departure than the hard hip-hop sound that first helped Residente break out with Calle 13 (the duo he originally started in that helped him his first Grammy Awards) or recent uptempo hits (like his 2019 Bad Bunny collaborations “Bellacoso” and “Cántalo”), and instead focuses on storytelling.

Residente, who’s real name is René, gets honest about his feelings on the industry and his career in lyrics like like “el concierto está lleno pero yo estoy vacío” (”the concert is sold out, but I’m empty”), while also sharing how he works hard to support his son and wants to get back to the feeling he felt he rapped without getting paid. The star also talks family, reflecting on everything from the sacrifices his parents made for him and his siblings, the hurt of his grandmother never getting to see him play a stadium and his recent divorce.

While the the top Latin songs tend to be clubby or romantic tracks (“MIA,” “Taki Taki,” “Con Calma” and “Ella Quiere Bebe” were the biggest hits on Billboard‘s year-end Hot Latin Songs chart last year) and sung by men (Bad Bunny, Ozuna, Daddy Yankee, Anuel AA and Romeo Santos all take a major lead in the above tracks), they rarely get this introspective or open on record. Along with Bad Bunny, a frequent collaborator of Residente who showed support for “René,” a track like this could help set the stage for more honest dialogues in scenes like Latin trap and música urbana.

The accompanying video to is equally raw. Filmed in his hometown of Trujillo Alto in Puerto Rico, viewers get to see Residente stripped of fancy clothes and jewelry in a humble baseball jersey (he also talks about his initial dream to be baseball player in the track) where he spits straight to the camera—eventually letting several tears shed. The final moments of the video see him reveal his son on camera before several vintage photos from his childhood are shared.

“René” is a powerful release and the moment was not lost of Resident himself who said “this song helped me get out of a place that I didn’t want to be in” in a statement. While it’s not confirmed if “René” will be included in Resident’s upcoming second-studio album, no doubt there will be more important stories to be shared from the superstar—ones that could inspire a larger change in the industry.

Check out the video to “René” below, which earned more than 18 million views on YouTube in under two days despite being a lengthy eight-minute watch:

Baushad Breeland Saves The Day In The Chiefs’...

Grow Your Business By Investing In Your People...

We Must Use Cars Less, Says U.K. Transport...