Breaking
Customer Service Recovery: Six Keys To Turn Complaints...
How Becoming A Learning Organization Is Key To...
IRS Increases Enforcement On Cryptocurrency: What This Means...
Optimus Prime Finally Gets The Diaclone Update He...
No, There Isn’t A Black Hole At The...
The Fed Could Be Repeating This Key Mistake...
Japanese Lawmaker Becomes Billionaire By Selling E-Signature Services...
Communication Lessons From The Presidential Debate
4 Tips For Attracting Your First ‘Dream Client’...
Want To Generate More Sales This Holiday Season?...
Your ‘Harvest Moon’ Moment Is An Illusion: Why...
Launching A Startup Comes Down To Making A...
Google Meet’s Unlimited Calling Will Continue To Be...
The Need For Speed-Is Quantum Computing A Good...
Stock Market Crash: The End Game Approaches
Best Video Conferencing Software
Home Business Retail Room 101 Part One: Even My Hair Feels Offended
Business

Retail Room 101 Part One: Even My Hair Feels Offended 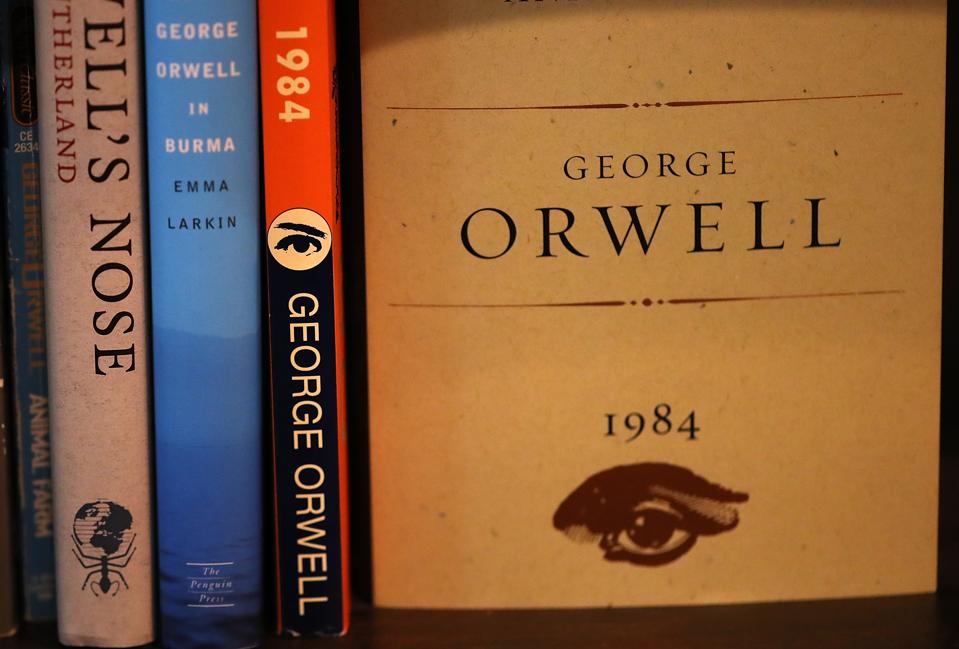 George Orwell’s concept of room 101 where we face our worst fears……like the term omnichannel! … [+] (Photo Illustration by Justin Sullivan/Getty Images)

I’m on a mission, although at times it feels more like it’s a personal odyssey. It might not quite match the same that Odysseus undertook in Homer’s epic poem but at times it sure feels like it.

You see, I’m on a mission to rid retail of the, well, let’s not be coy here, ridiculous language that is too frequently used within the industry. It’s become a malaise and it has to stop. Wherever one looks, new and nonsensical terms appear with disarming frequency and are as unwanted as a screaming child on a long-haul flight.

After all, how difficult can shopping be? Well, you’d be forgiven for thinking you had to go back to school in order to understand some of the jargon. So, in part one (part two will be out next week) I’m calling out some of the retail parlance that frankly makes my hair ache, my toenails angry and my blood pressure rise to worryingly unhealthy levels.

First to go in room 101 has to be omnichannel. This traces its roots back to a Harvard Business Review report penned in 2011 where the author was trying to describe the relationship between physical stores and the continuing advance of online ecommerce.

All very laudable you might think, except that as is the way of the world, the term was adopted in scenarios quite irrelevant to the original meaning. And the entire industry, lest us not forget, was consumed with thinking in terms of channels back then (worryingly, many still do).

When, in the name of shopping, have you ever heard anyone say that they are “just going out to do a bit of omnichannel”? Never. Ever. IT’S SHOPPING. So, let’s do ourselves all a favour and consign omnichannel to room 101.

I can feel my blood pressure rising just writing about this monstrosity. I haven’t been able to find the lunatic who first coined the phrase but when I do…..

I mean, is that the best we can do? I don’t even want to talk about it any longer, otherwise I’ll need a lie down, and there’s no time for that, because I have this next mutation to consider.

You find the awful ‘experiential’ literally littering practically every retail conversation these days, usually accompanied by a very learned expression on the face of the speaker.

Good grief, this actually has nothing to do with retail, or indeed the context in which it is used, for it refers to the learning process rather than the experience we might have online or in-store.

But everyone nods sagely, as if knowing exactly what is meant by it.

More suited to describing the preferred qualities of your average prophylactic, frictionless has invidiously wormed its way into the retail lexicon, sprinkled as it is, with gay abandon as if it actually means something.

And each time, I have a vision of……well, you know what now.

I could also call out it’s cousin, ‘seamless’, which, while not quite as grotesque, is as overused and overrated. Also, ironically, a requirement of same said rubber garment worn by men. However, both belong in retail room 101.

So, there you have it, part one of my grand tour through the buzzword bin of retail. Garbage in, garbage out as the old adage states.

In part two, I continue my journey through the indecipherable, the confusing and the downright ridiculous to uncover some more inane gems from the world of retail.

And that quote about experiential commerce? If you’re wondering where I found it? For the sake of clarity, I made it up. And as you’ll have guessed by now, it’s nonsense. But in a strange way, I rather like it.

Mariah Carey And The Weeknd Jump Into The U.K. Top 10 While Tones And I Leads Again

Earnings Preview: What To Expect From Lululemon On Wednesday