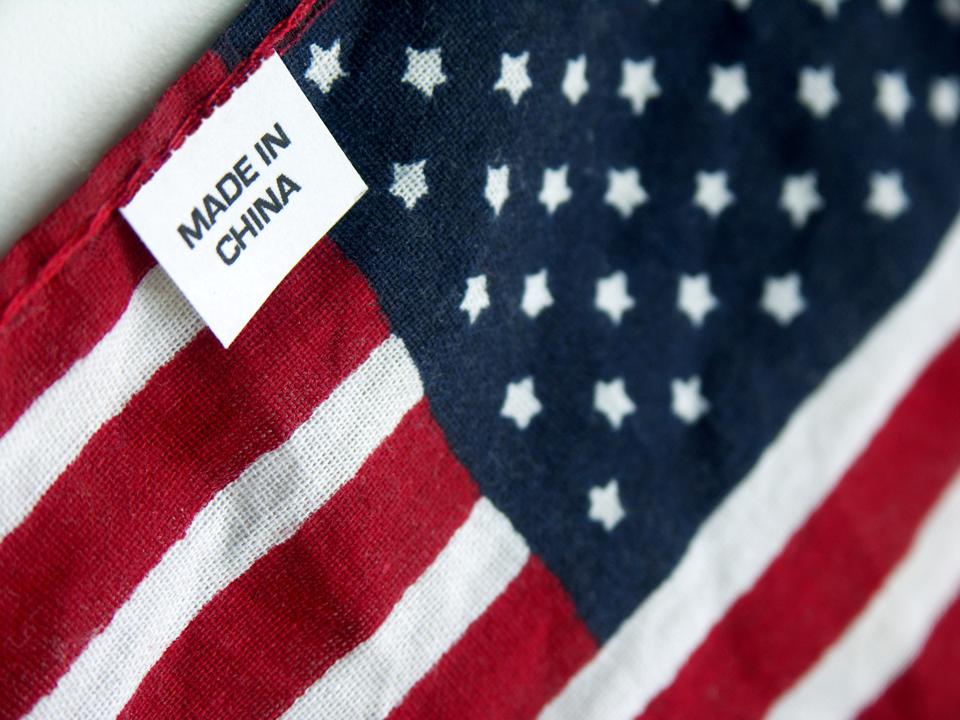 At what point do we stick our heads out the window and scream: I can’t take it anymore?

Cue lines are forming outside bankruptcy court; disturbing news hits the papers about Neiman Marcus / J.Crew; politicians start to attack our China sources of supply; and – to think – this was just a (new) normal week for retail in America!

While significant blame is shared for our fashion industry problems, absolutely no one wants to go bust, and everyone wants a successful bounce-back. However, staring in the mirror – the image that flashes back combines private equity, tariffs, China Phase One, and coronavirus – all with a separate and distinct role in our retail crisis du jour.

The problem going forward is that our industry’s China agony is about to get worse, because our sourcing lifeline will be targeted for the next election. Trade data indicates that 40% of our apparel, 65% of our footwear, and 80% of our accessories are still sourced in China, and several political barbarians are lining up at the gate to inflict further damage to our already weakened source of supply. Honestly, we don’t want to be caught up in that, especially at a time when we need positive help from the Federal government.

Last Thursday night, U.S. Trade Representative Robert Lighthizer, Treasury Secretary Steven Mnuchin, and Chinese Vice Premier Liu He had a productive phone discussion about US-China relations, and both sides announced “favorable conditions” to meet all Phase One trade obligations. After the call, President Trump played the politics card, and cast doubt on the success of his own signature trade deal. The President said that he’s “having a hard time with China” and, when asked about punishing China with additional tariffs and breaking the trade deal, he said he was “very torn as to – I have not decided about it yet, if you want to know the truth.”

With all that is going on, The President continues to state that “President Xi and I will always be friends” but, as everyone in America suspects, it’s election time and China angst is soon slated to highlight the political news in a negative way.

U.S. opinion polls indicate that American anger towards China is on the rise, and clearly that has fueled the Administration to elevate the political temperature. Couple the coronavirus lockdowns with early indications that China will be hard pressed to live up to their initial $263 billion Phase One buying commitment – and smoke signals start billowing from the White House chimney. All this plays well in the hands of campaign strategists, and has set the stage for Democratic Presidential Candidate Joe Biden to be cast by a pro-Trump super PAC as “Beijing Biden.” Their claim will be that former Vice President Biden is soft on China, while President Trump is tough. Given this trend line, it is likely that China will reside in the frying pan for the duration of the entire election cycle.

With politics as a background, it certainly was another interesting week in D.C. as President Trump, sans face mask, resumed traveling. He jetted across the country to spin the Administration’s leadership position on the COVID-19 response, and to proselytize about America’s economic recovery. In addition, Vice President Pence’s coronavirus task force was cancelled but reinstated, and newly minted Press Secretary Kayleigh (“I will never lie to you”) McEnany took up residence in the White House press room. Musician Axl Rose took to twitter with barbs about Secretary Mnuchin. Then, two White House staffers (a Valet and Vice President Pence’s Press Secretary) tested positive for coronavirus, and two senior members of the coronavirus task force self-quarantined (Dr. Redfield of the CDC and Commissoner Stephen Hahn of the FDA). Dr. Fauci of NIAID also took a modified self-quarantine. And, all of this happened in time for D.C. Swamp creatures to re-emerge from lockdown to, once again, work towards disrupting retail’s already stressed supply chains with several new ideas about how to manage international trade.

The President pushed State’s rights (Federalism), and he tweeted about the need to “liberate states.” Meanwhile, in the far corners of his Administration, a team was developing a new concept to nationalize supply chain purchasing power, by forming an “Economic Prosperity Network.” Their idea is to set guidelines for countries that America can safely partner with, in order to conduct certain types of international business. Using “national security” as their rationale, the understanding is that they are forming a version of a “country” club. Foreign states seeking membership in this club will be required to hold a “trusted partner” status, and that designation will allow for a “pass” to do business with America.

The fuel for this fire is our reliance on China for medical supplies, which remains an important topic. Even New York’s Governor Andrew Cuomo (D) would agree that America must be less dependent on China for medicines, ventilators, and Personal Protective Equipment (PPE).

In theory, this concept is totally appropriate, and we continue to understand that America needs to be far more self-sufficient. China maintains a large USA market share of critical medical equipment and as we establish our requirements, we can start to manufacture more of these items in America (or in our geographic vicinity). The concern for the retail community is that it would appear that the Trump administration could take this concept to a new level that might easily spin out of control in a pre-election environment. China will likely be blamed (again) for stealing millions of our jobs and will also be chastised for placing ethnic religious minorities (Uighurs) in re-training camps. While there is some truth in all of this, we all need to be mindful how political rhetoric can move the government towards determining untenable trade policy. America has had a similar experience with making military uniforms under the guidelines of the Berry Amendment and years later, that arrangement has partially morphed into a Federal Corporation called UNICOR, which doles out manufacturing orders for military uniforms to our Federal prisons.

The concern with all this, is that China Hawks within the Administration have grabbed the American flag and are running with it. Internally, certain products are likely being discussed in both the State and Commerce Departments that could create a description for an “essential” product or industry. Administration officials are ramping up a loud re-shoring cry of “domestic preparedness” as a means to protect our “national security.” According to Reuters, an Undersecretary at the State Department, Keith Krach recently said: “We’ve been working on reducing the reliance of our supply chains in China over the last few years, but we are now turbo-charging that initiative.”

This is a unfolding situation, and every decent lobbyist in Washington is ready to prepare a list of their favorite countries for solicitation. They will lobby for their client countries to be included on the “trusted partner” list. If anyone doubts the seeds of this initiative, on April 29th, Secretary of State Mike Pompeo talked about “moving the global economy forward” and he specifically mentioned Australia, India, Japan, New Zealand, South Korea, and Vietnam as potential country partners.

Whoa – Interesting note to trade policy wonks – weren’t four of those countries already on President Obama’s TPP list? Many will recall that candidate Trump said in a June 2016 campaign speech that: “The Trans-Pacific Partnership (TPP) would be the death blow for American manufacturing” and that “it would give up all of our economic leverage to an international commission that would put the interests of a foreign country above our own.”

OK, let’s pause for a minute to digest all this. The Trump Administration wants to push back against China for technology (5G) and other misadventures in the South China Sea, so they will now possibly attempt to create a new TPP (by giving it another name).

Perhaps, some will remember the seven long years that twelve countries worked hard to develop a solid TPP agreement under President Obama; an agreement that President Trump blew up on his first day in office. The difference this time, is that the United States will probably try to dictate the terms of trade and will anoint the next kingpins of industry by picking their own “essential” industries, versus letting a free market develop the choices. For students of trade history, free trade is about to get tossed out the window (along with fair trade), and a new dynamic called “forced trade for essential products” will end up rising from the ashes.

This tactic isn’t something new for the Trump team. Originally, in campaign mode, the candidate dubbed the Trans-Pacific Partnership (TPP) as “the worst deal ever written.” He also disliked the original North American Free Trade Agreement (NAFTA). During the campaign, he called NAFTA “the worst deal ever signed.”

As soon as he was elected, President Trump (to his credit) renegotiated the original NAFTA agreement and created a new version called the United States-Mexico-Canada Agreement (USMCA). However, careful reading of the USMCA demonstrates that there are several elements of the TPP (which had already included Canada and Mexico) that were now included in the new USMCA. Weaving all this together, you can easily conclude that: Trump negotiators took component parts of the “worst deal ever negotiated” (TPP) and put those sections into his new created version of “the worst deal ever made” (NAFTA), and then declared a major victory with the new USMCA by calling it “the largest, most significant, modern, and balanced trade agreement in history.”

Everyone in the retail arena following these potential trade maneuverings should just be aware that those who tout “Beijing Biden,” or who are promoting new ideologies about “Economic Prosperity Networks” are just spouting politics and not necessarily giving you sound trade policy. In fact, these proposed ideas have the potential to work against all of us, unless they are properly vetted.

For retailers and brands that value their business relationship with China, it’s time to take an aggressive stand to protect what you have. For those who don’t care, or don’t have an opinion, it’s time to move-on from China. Either way, make no mistake, the retail apocalypse is already here, and the political system (as it relates to trade) is no longer working in your favor. Former President Lyndon Johnson said it correctly: “Yesterday is not ours to recover, but tomorrow is ours to win or lose.”

How To Quit Your Job Without Burning Bridges

Trust Is An Economic Engine For Entrepreneurs And...

Will There Be A Renaissance After The Coronavirus...